Home Social Opinions In Pics: ‘The Rapist Is You’ Theme Is So Powerful, It’s Taking... 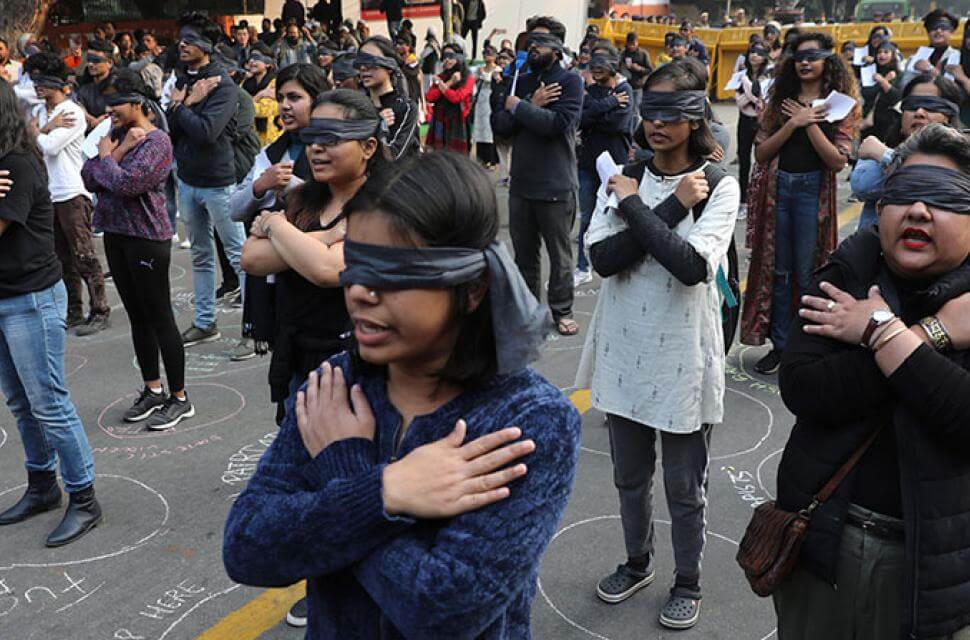 On 7th December India did its own version of the viral feminist protest flash mob called ‘A Rapist In Your Way’.

The protest created by Chilean feminists was first performed on 20th November in Chile’s Valparaíso by the feminist collective LasTesis.

The group named it as interventions with the flash mob addressing the rising violence against women, rape, harassment and more that women have to face every day.

This concept had already gone viral in the past two weeks with women from around the world taking part in it and doing their own version of it.

Tons of Chilean women had collected outside the country’s Supreme Court and some other government buildings peppered across the country on the event of International Day for the Elimination of Violence Against Women.

With India having its own debate of women’s safety and the increasing frequency of rape culture in the country, it was interesting to see Indian women come forward in this form of protest. 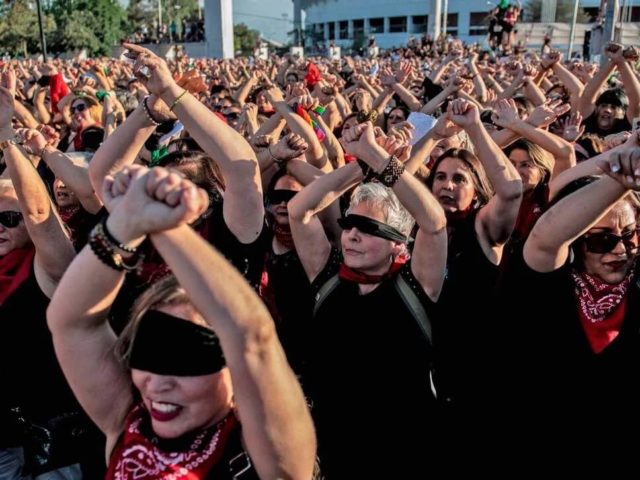 “And the fault was not mine, not where I was, nor what I wore!”

This strong line comes from the simple lyrics to the song for the flash mob where women are fighting off the usual accusations laid on them when they fall victim to sexual violence.

This #ElVioladorEresTu (you are the rapist) protest originated in Chile and has been replicated in several countries. #lastesis video with English subtitles:pic.twitter.com/kWzm2Op2d6 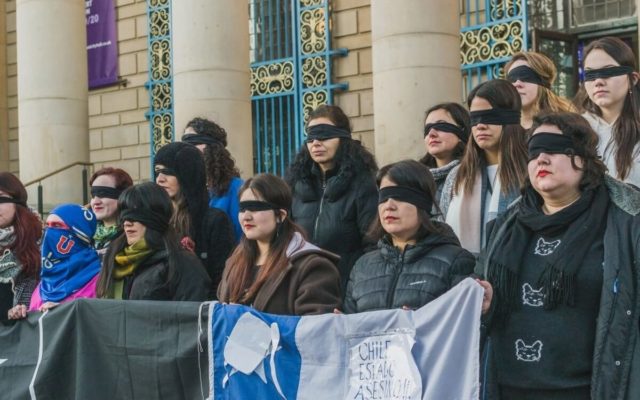 As per Chile Today, the flash mob has been adapted and formed in countries including France, Spain, Colombia, Argentina, Mexico, Costa Rica, Germany and more.

“The patriarchy is a judge

Who judges us by birth,

Impunity for my killer.

The rapist was you.

The rapist is you.

It is the cops,

The oppressive state is a macho rapist. (x2)

Do not worry about the bandit,

Your sweet and smiling sleep

Is taken care of by your loving Carabinero.’ 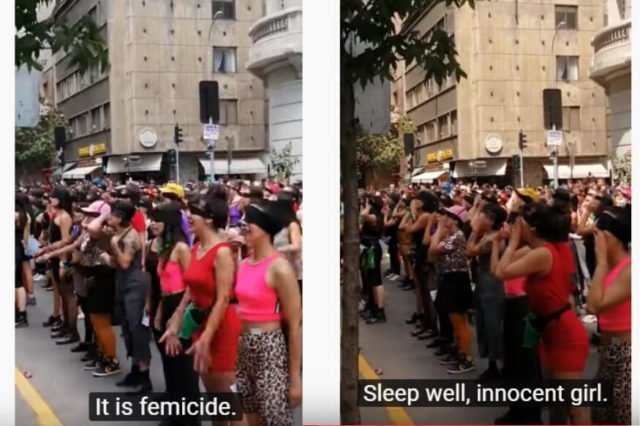 The usage of the phrase ‘a rapist is on your way’ is actually a reference to the Chilean police slogan “A friend on your way” which was put there to show the contradictory nature of it since there are around 508 complaints registered against the police during the social movement.

The protest includes women blindfolding themselves with a strip of black cloth and shouting the lyrics of the poem while doing a simple dance.

Read More: This Malayalam Actor’s Post About The Walayar Rape Case Is A Fearful Reality Check Of A Failed System

Shruti, a student of the National School of Drama organised the India chapter of this event called ‘A Rapist in Your Way Intervention India Chapter In Solidarity’, where not just women but even men came on to participate.

They added their own lyrics to the chant like,

”The patriarchy is a judge who judges us for being born, and our punishment is the violence you don’t see.”

Feminist and women’s rights activists wrote messages on the ground with chalk about the different issues Indian women have to face. 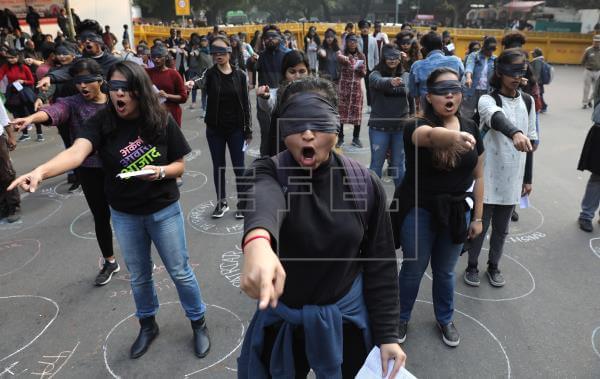 There was even a Hindi version of the chant that was created for the Delhi event.

There are phrases like “in the name of caste, in the name of religion, disappear, you are exploited, took the brunt of rape and violence in our bodies” that are more relevant to the Indian society.

An activist explained that, “We decided to adapt it to the Indian context because when you talk about cases of violence in India, from the school a caste mentality is being created.” 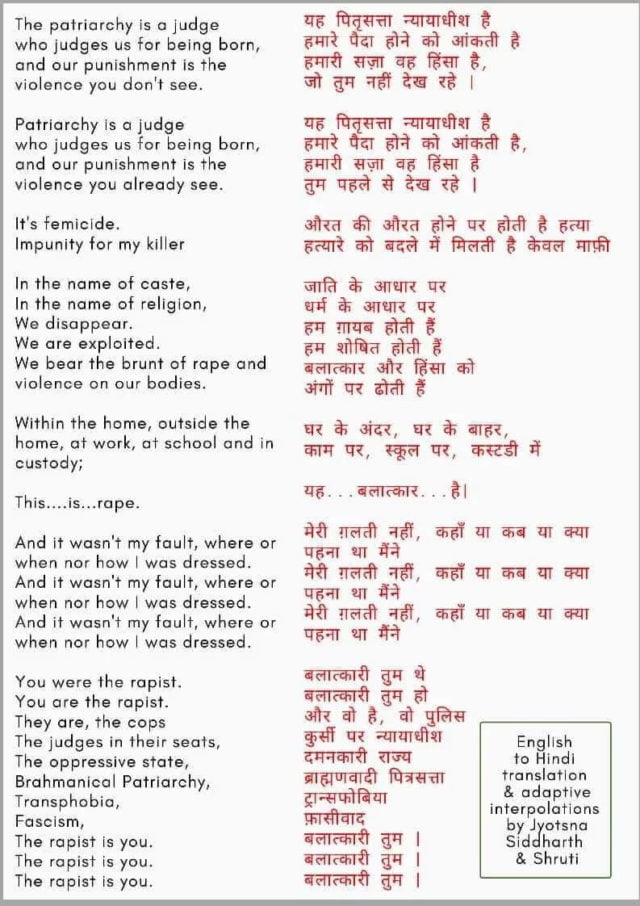 Jyotsna Siddharth, one of the people who created the choreography for the event told Efe that, “We want to show our solidarity with the women of the world and also warn about what is happening now in India.” 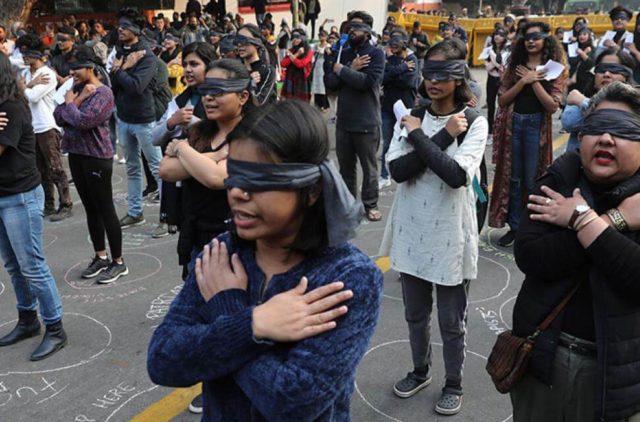 Apparently seeing the success of the Delhi version, a Mumbai and Bangalore version are also being organised.

So what do you think about this anthem. Will this really make the voices of Indian women reach the whole of society and actually bring some change?