Home Finance How Samir Modi Is Filling His Own Vaults Through Dunzo? 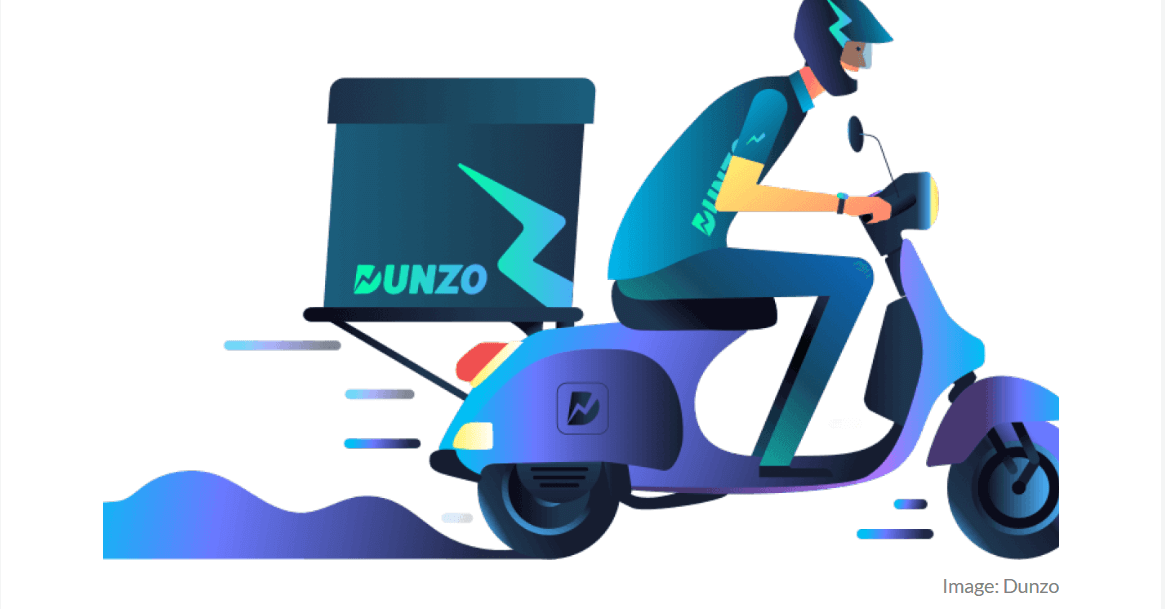 Find out how Samir Modi, the scion of renowned industrialist Mr. K K Modi is creating a win-win deal for himself through the hyperlocal services startup Dunzo.

I am someone who follows startups as closely as I can, in search for new products and services, which can make my own life easier. Dunzo is one such app, which I use more often than most of the other apps I have on my phone. There are a number of reasons for this. First and foremost, is its quick service. Second is the wide range of products it ships to your doorsteps.

What prompted me to write this article were two key observations about Dunzo:

Both these observations indicate that Dunzo is a platform, which is riding on India’s rampant nicotine addiction as a key determinant of creating stickiness. Furthermore, it is fulfilling more orders, which is a major metric (apart from service diversification) that is allowing it to pull more VC funds.

I stay in Delhi and I am a smoker. Not proud of it, but I admit I have this addiction. So, what got me on Dunzo was when a friend told me that the app is running a promotional offer, wherein a discount of ₹90 is given on a packet of 20 Marlboro Gold Lights with free delivery.

This amounts to promotion and sponsorship of use of cigarettes, Section 5 of COTPA, 2003 (Cigarettes and Other Tobacco Products Act), I wasn’t aware of this Act until I thought about point 1 recently.

Here is the order detail –

Now let’s understand why am I concerned. If I am in Delhi-NCR and I go to the grocery section of the app or pan shop, more often than not, I see the top listing as a 24 Seven store.

If you click on any of the 24 Seven stores, the first section shows ‘Your Favourites’ and then the ‘Bestsellers’ tab, if you click on the latter this is what you get: 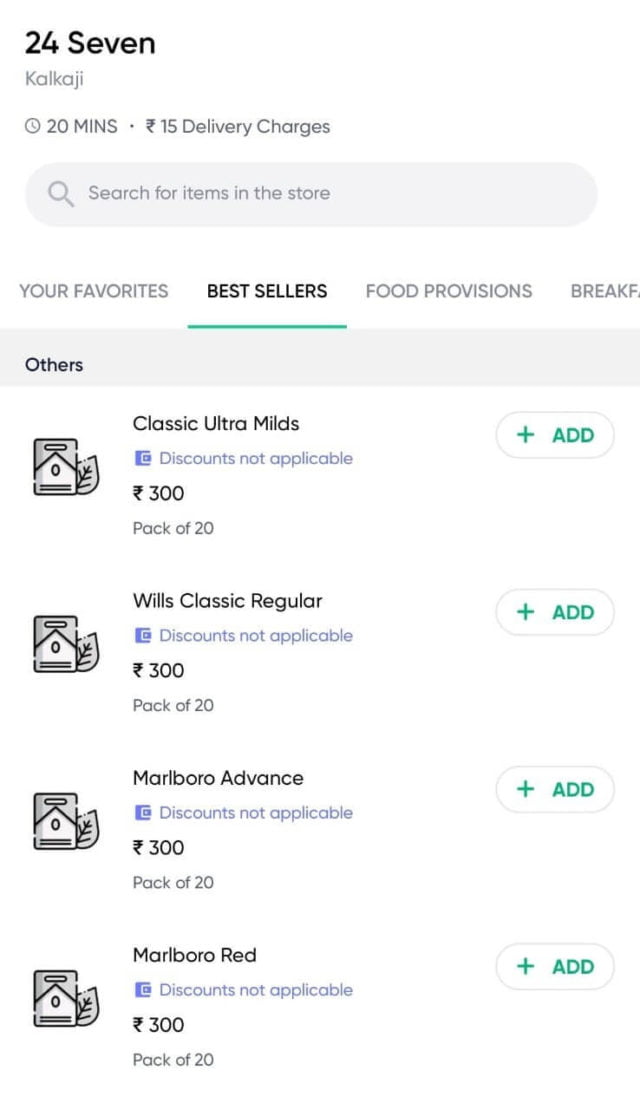 Cigarettes are the highest-selling products across all 24 Seven stores. Now as per the company website there are 87 24 Seven stores in Delhi-NCR and 12 stores in Chandigarh and, it plans to launch 5,000 stores in India in the next five years. Is Dunzo fuelling repeat customer deliveries based on nicotine addiction?

Read More: Amazon Is Selling Bracelets That Shock You If You Eat Too Much Fast Food

Who Owns These 24 Seven Stores?

He also happens to be the Executive Director of Godfrey Phillips India (GPI), which is the sole manufacturer and distributor of Marlboro brand of cigarettes in India.

With Dunzo, GPI is exploring a sales channel, which due to regulatory requirements never took off and you would not find any other player getting into this market. Even the largest of the ecommerce players in India which claim to sell everything on their platform from salt to yachts have shied away from selling cigarettes online. Why so?

Section 5: Prohibition on direct and indirect advertisements, promotion and sponsorship of use or consumption of cigarettes or any other tobacco products.

Section 6: Prohibition on sale of, cigarette or any other tobacco product- (a) to any person who is under eighteen years of age, and (b) in an area within a radius of one hundred yards of any educational  institution.

Section 6 of the COTPA Act is  difficult to implement in an online ecosystem as you cannot determine the customer’s age.

To safeguard itself against this, Dunzo’s terms and conditions do mention that the app can only be used by individuals over the age of 18. However, the app does not have a way to confirm whether the user is of legal buying age, which should be the norm.

For example, one of the popular OTT Platform –ZEE5’s sign-up page has the provision to confirm whether the user is above 18 years of age or not – 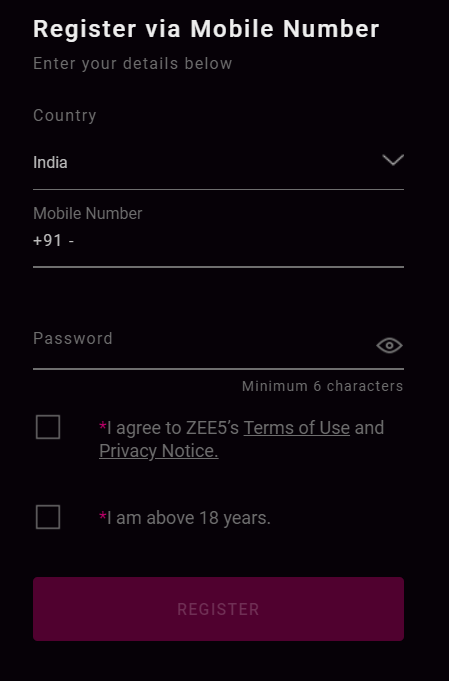 With around 2 million deliveries per month, Dunzo the is the largest hyperlocal services startup in India and is expanding rapidly backed by funds from some of the most renowned Indian and Global VC funds.

I would like to conclude by saying this, GPI is opening up a secondary distribution channel for itself and at the same time offering Dunzo with nicotine-addicted customers, who order cigarettes via Dunzo and bump up its order fulfilled numbers. It’s a win-win for both the parties.

Looking at the larger picture, does it expose youngsters to smoking?

Disclaimer – This article does not refer to our honourable Prime Minister Mr. Narendra Modi, neither is it an attempt to defame Mr. Samir Modi. This article expresses the independent views of the author and is not associated with any media outlet

Author Bio: Ashish Mishra is an alumnus of Indian Institute of Foreign Trade, Delhi and has previously been a part of OYO as a Business Development Manager.