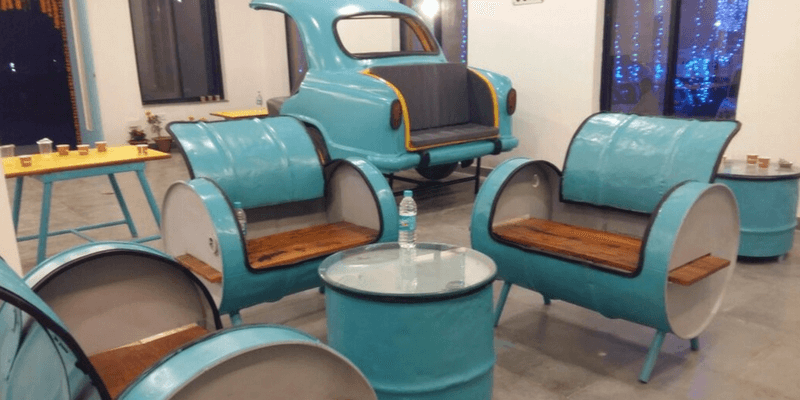 The Vidyut Bhawan of Patna has recently undergone a make-over of sorts where its dull outer walls have been covered with vibrant artwork.

A team of Indian and foreign artists have been working on this project for the past three weeks and have finally converted the building that houses the offices of Bihar government’s power department into a sight to see.

This is something of a trend we have been seeing in the past few years where government authorities or organisations are trying to renovate and beautify the streets of various cities in India.

With walls in UP, Delhi and other major cities getting street art done on them to make them pleasing to look at, street art in India has seen a gradual rise.

Vidyut Bhawan is located on Bailey Road of Patna and now stands out due to the colourful artwork that it is covered with. Since the side wall is the first thing any visitor or passer-by would see, getting meaningful art done on them makes sense. 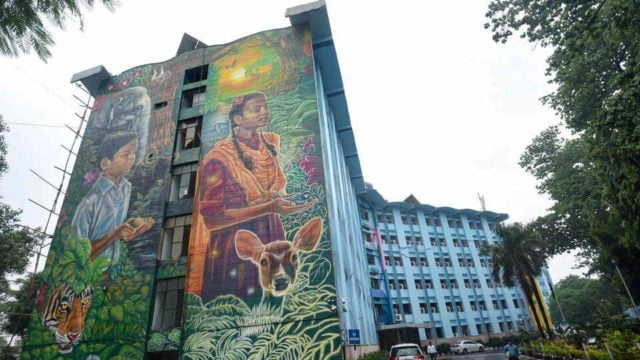 The artwork done by 5 artists, 3 Indian and 2 from Argentina is related to the Indian culture and also gives a message to preserve nature.

This 70 foot high mural titled ‘We are all light’ has been painted by Argentine duo Emmanuel Alaniz and Federica.

The mural speaks about co-existing with nature and respecting the flora and fauna around us. It gives the message that humans should protect the environment and the rich biodiversity around us. 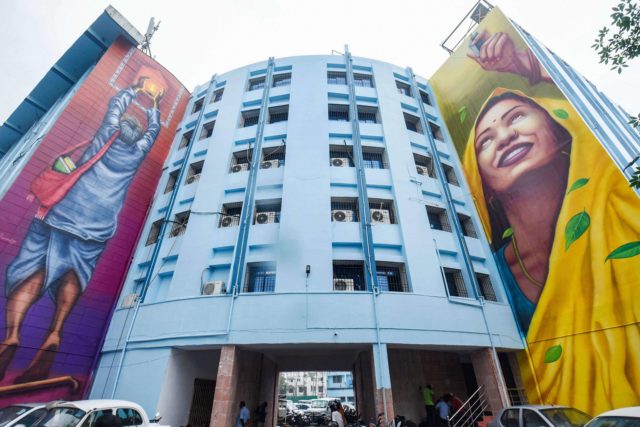 Out of the 4 walls, two of them were worked on by Indian artists, Johnson Singh from the Northeast and Munir Bukhari from Rajkot.

While Singh conceptualised these two art works, Bukhari executed them with light being the central theme to them. 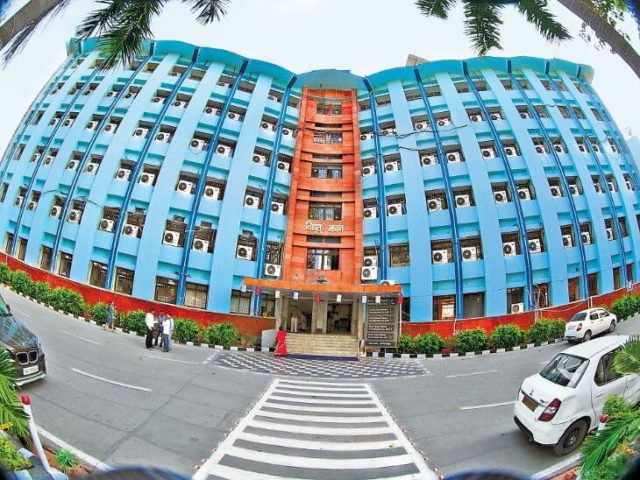 The two artists from Argentina even took a tour of Patna before starting on the mural and the two kids in it are actually based on real life people.

Apparently they met a pair of boy and girl who are hearing-impaired and the duo decided to make them the feature of their mural. 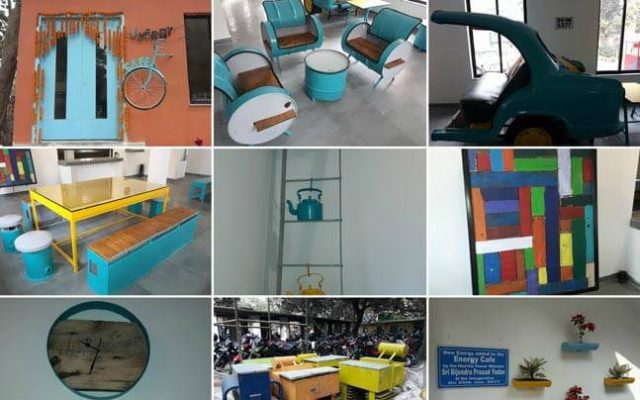 It is not just the art that talks about green energy, preserving the environment and more. In fact, the ‘Energy Cafe’ that runs inside the Bhawan is another example of it. 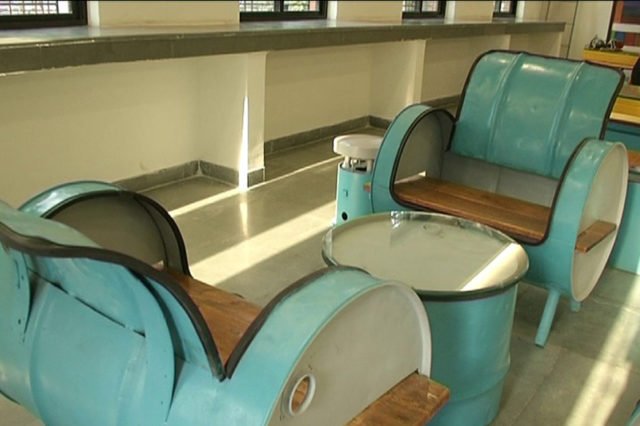 The cafe running since 2017 has been very interestingly recycling old materials from the energy department’s junkyard as furniture for the cafe. 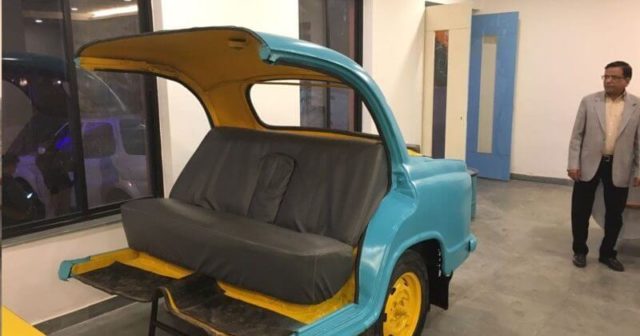 While old oil drums and power equipment that has been discarded are converted into chairs and tables, a portion of an old Ambassador car has come to serve as a sofa. 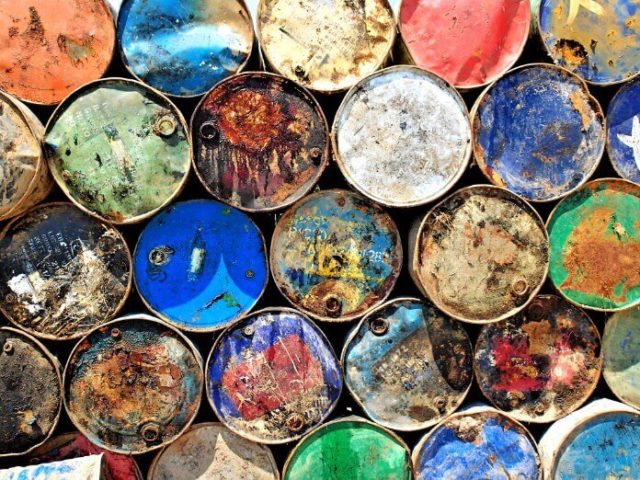 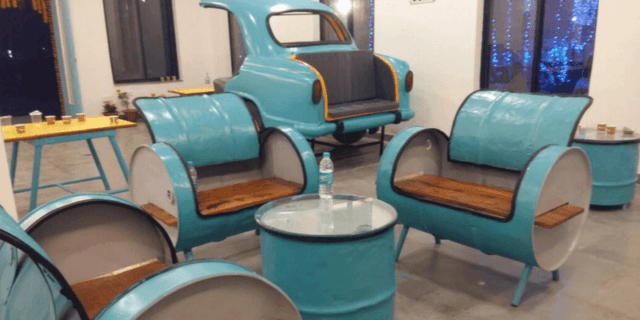 It is certainly good to see that recycling is being done in today’s time and in a way that is also aesthetically pleasing.

Sandesh Singh Captures the Evolution of Mumbai in the Pages of ‘Life on the...

Reviews Brand Voice - December 7, 2021
Sandesh Singh believes that every human is a hero in their own life. They have their story and their struggles which they conquer or...