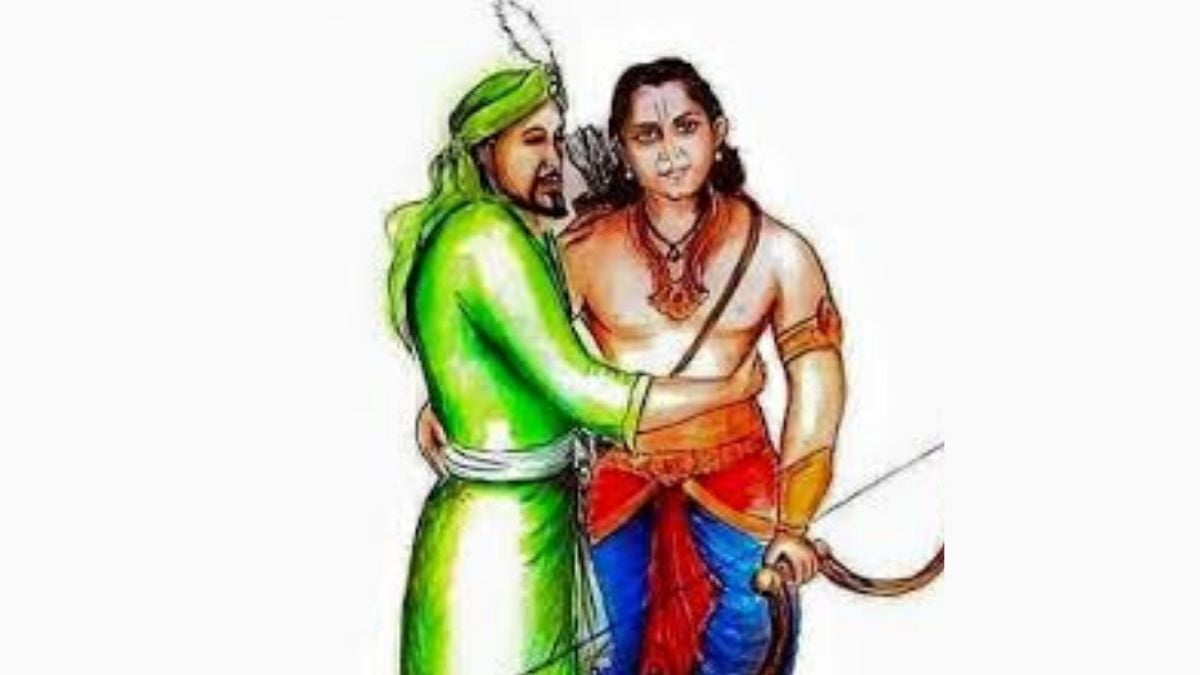 Kerala is a land full of fascinating stories of Gods, kings and townspeople alike. This is also the land of a beautiful story of friendship between two very unlikely candidates – the Hindu god Ayyappa and the Muslim saint Vavar.

Lord Ayyappa is the presiding deity of Sabarimala temple (the temple that has been embroiled in a debate about allowing entry to women of menstrual age inside the sanctum-sanctorum).

What many don’t know is that Sabarimala also houses a shrine dedicated to Vavar, where a Muslim priest performs the rituals.

Let us take a look at this great story of friendship and communal harmony: 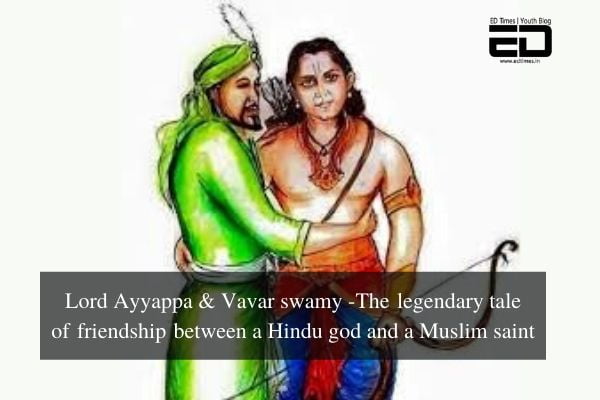 Of all the popular myths, the one suggesting that Vavar was a warrior/pirate holds most prominence. It is said that Vavar had come to the shores of Kerala to loot the land, whereupon he encountered a young Ayyappa.

In a fight that ensued, Vavar was defeated and he was so struck by the valour of the young man that he subsequently became Ayyappa’s messenger and aide. 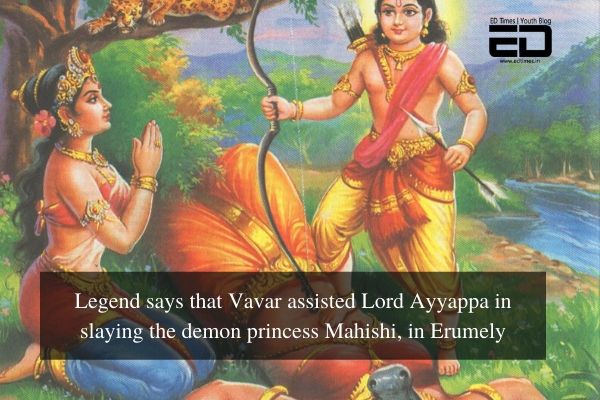 Vavar, later on, helped Ayyappa in slaying the demon princess Mahishi at Erumely. The story goes that before Lord Ayyappa left for Sabarimala, he had asked his close friend to stay back at Erumely. 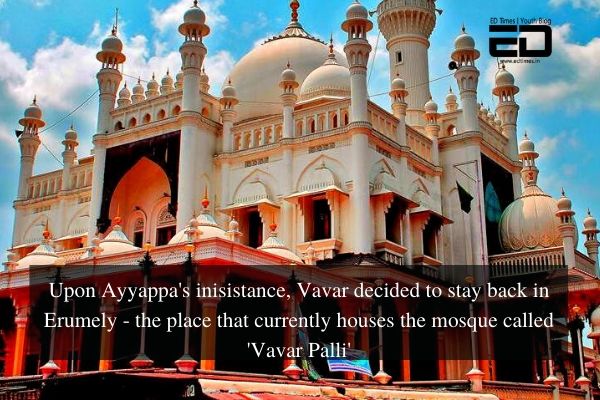 The legend goes that any devotee wishing to seek the blessings of Lord Ayyappa must first visit his dear friend Vavar Swamy, in his mosque at Erumely, called ‘Vavar Palli.’ 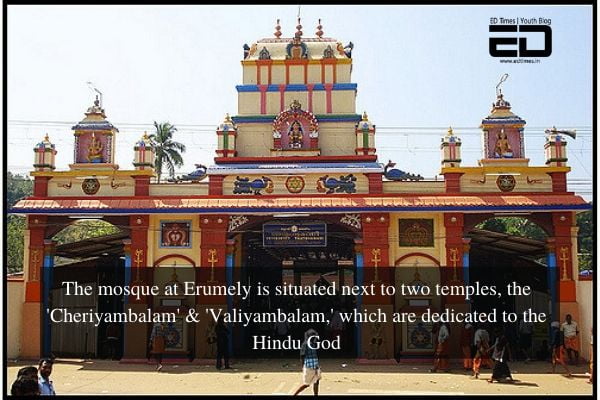 The mosque at Erumely is surrounded by two other Ayyappa temples – the small ‘Cheriyambalam’ and the big ‘Valiyambalam’. Devotees visit these two temples before heading towards Sabarimala, which is about 50 kms away from the mosque.

Also Read: This Is How Kerala’s Malabar Region Tells The Story Of Ramayana In The Muslim Community 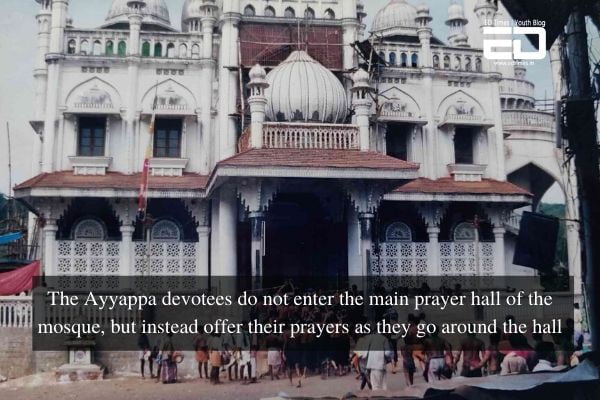 According to tradition, the devotees do not enter the mosque’s main prayer hall. Instead, they chant their prayers and go around the prayer hall, without once turning their backs to the mosque. 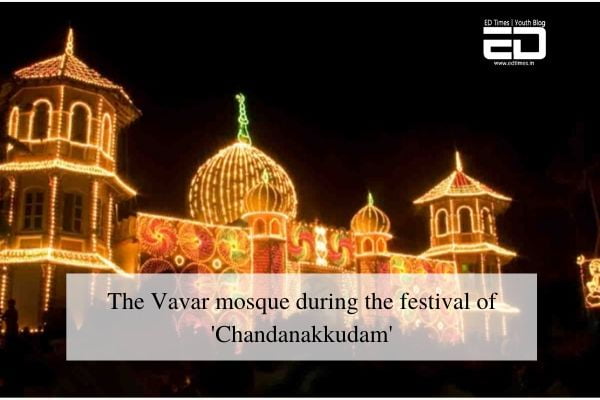 The story of communal harmony doesn’t end here. During the Mandala and Makaravilakku seasons (from mid-Decemeber to mid-January every year), Erumely becomes host to 2 vibrant festivals – ‘Chandanakkudam’ and ‘Petta Thullal.’ 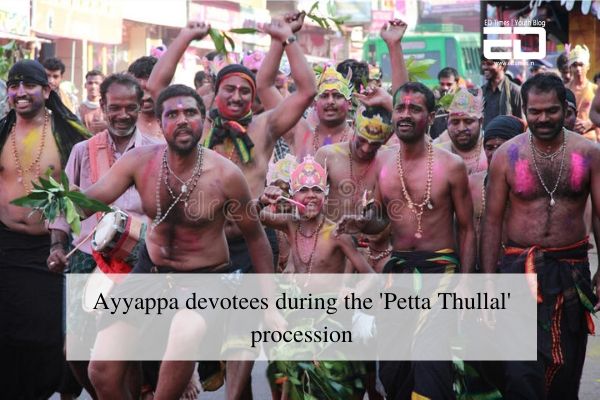 The former is a procession organised by the Vavar Mosque Committee while the latter is hosted on the following day by the Devaswom Board. ‘Petta Thullal’ is a ritualistic dance that Ayyappa devotees perform to re-enact the god’s victory over Mahishi.

The devotees begin their procession in the Cheriyambalam, go through the mosque and finish at the Valiyambalam. 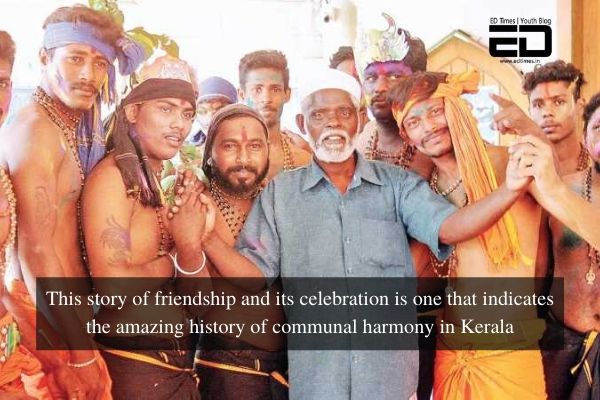 People here take pride in their rich history of communal harmony. Not only does this legend bring joy to the area’s religious communities, but it also helps the localities’ businesses thrive.

This legendary story of friendship and its celebration is much loved by the people of Kerala as it stands as a testimony of the state’s communal harmony. Whether you believe in their integrity or not, stories like these are the ones that keep our spirits high, even in times of division and distress.

Policy Suggestion By A Millennial To Reduce Communal Violence In India