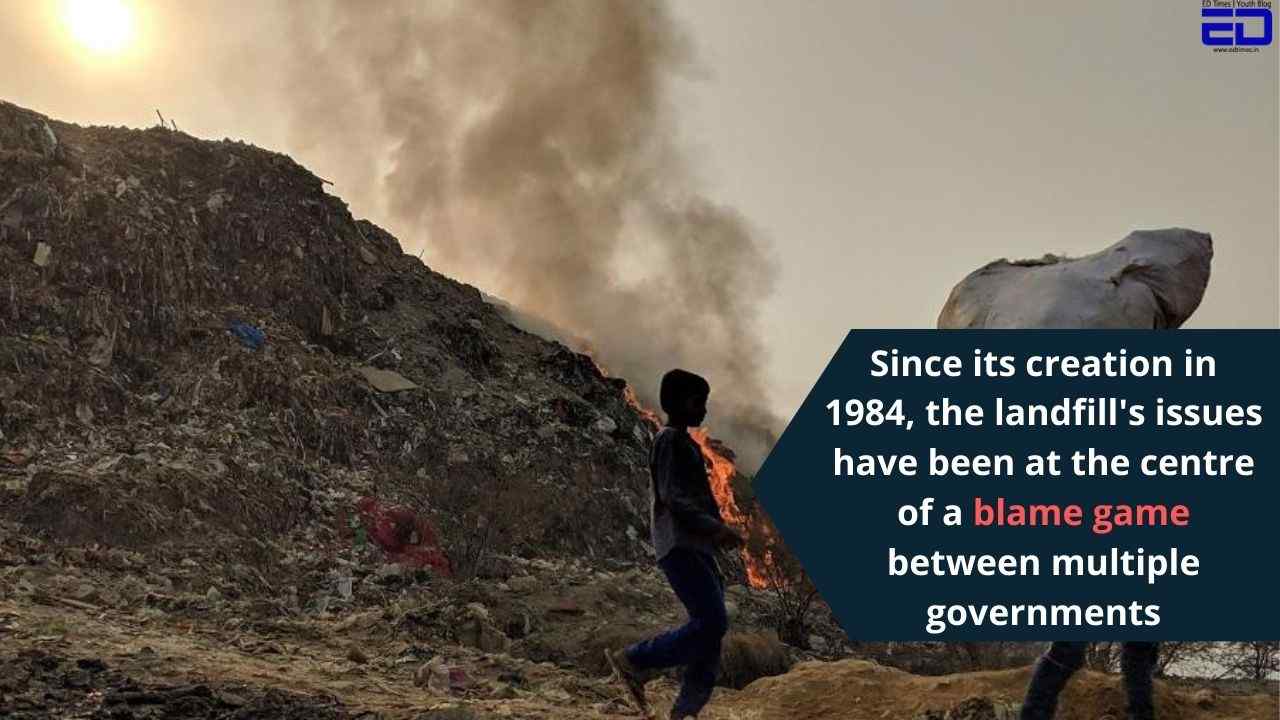 Nepal has Mount Everest. Tamil Nadu has the Nilgiris. And Delhi? Well, Delhi has a special mountain, a garbage mountain to be exact, the Bhalswa landfill.

Commissioned in 1984, the landfill, which reached its capacity way back in 2007, continues to be dumped with tonnes of waste with authorities citing a lack of a replacement site.

The Bhalswa landfill, which caters to 50.3% of Delhi’s total population, has been wreaking havoc on its surroundings, contributing to Delhi catastrophic air pollution levels, polluting groundwater in nearby areas and of course, being an extraordinary addition to Delhi’s skyline.

Who Is Responsible For This Mess?

Decades of neglect and incompetence have resulted in the prominent mountain’s continued existence. While talks of setting up new systems for waste management have been in the air for ages, no large-scale efforts have been undertaken.

The North Delhi Municipal Corporation (NDMC) is the civic body responsible for the management of the landfill.

However, the BJP-ruled civic body and the AAP-ruled Delhi government have always been at crossroads with each other, choosing to play a seemingly endless blame game with no tangible actions in sight. 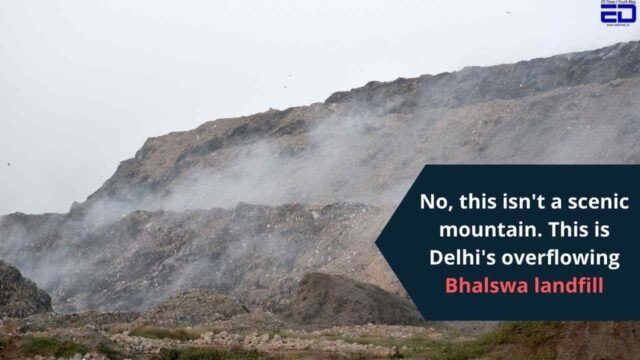 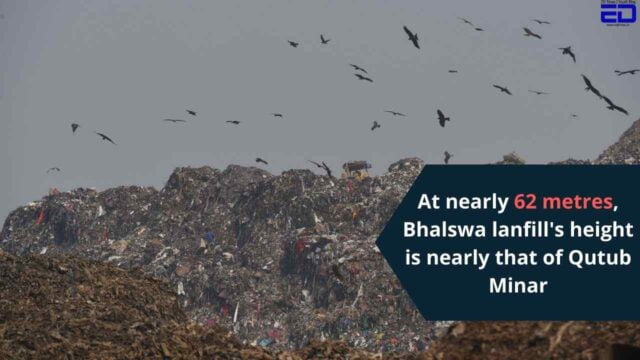 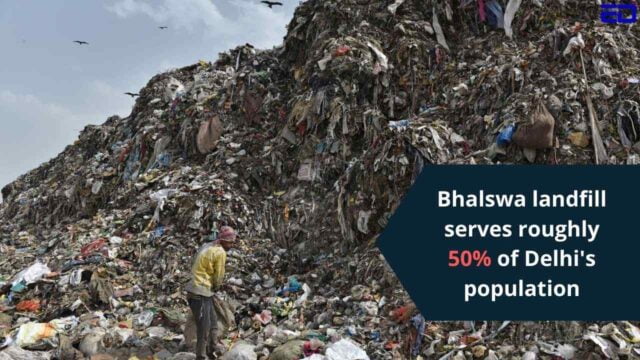 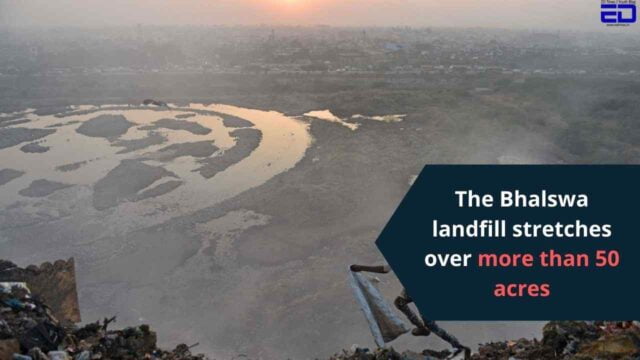 Also Read: Waste Segregation Is The Way To Deal With Growing Menace Of Plastic 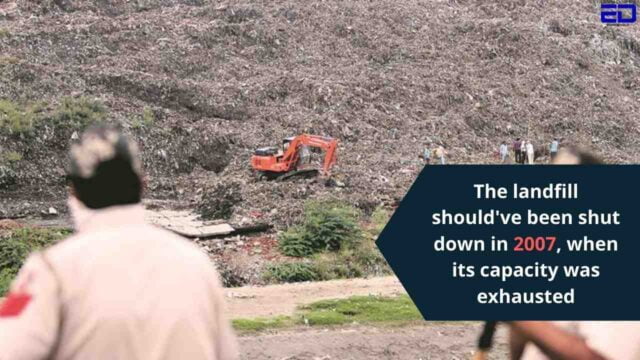 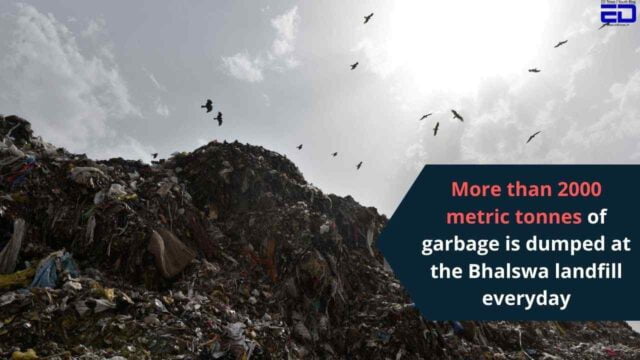 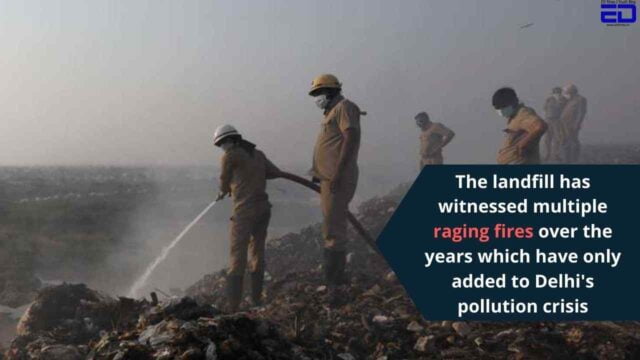 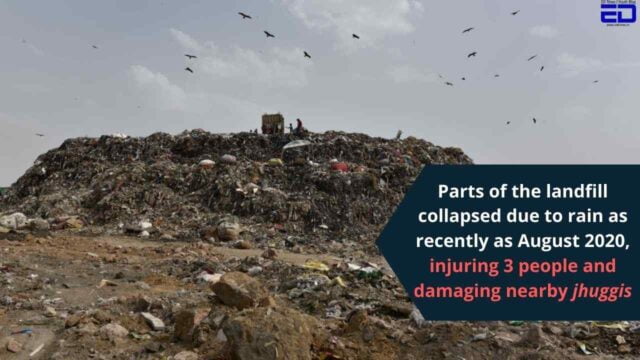 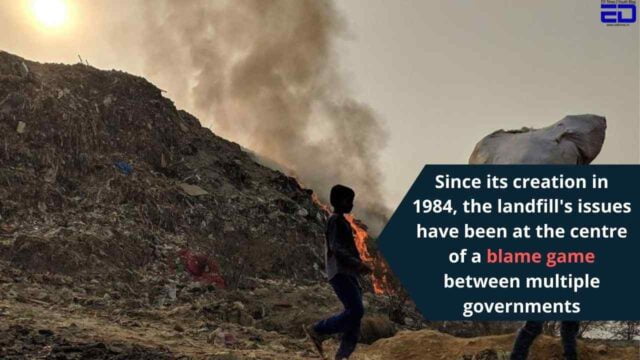 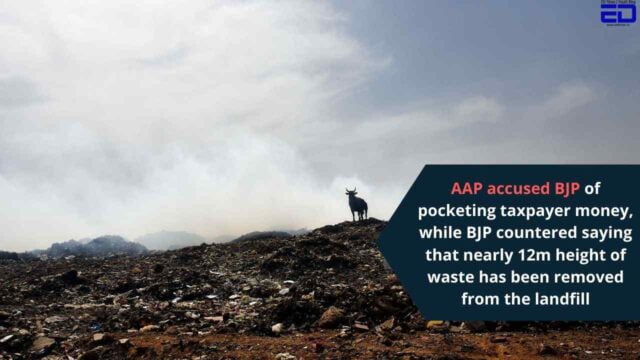 What Is Being Done To Fix The Issue?

Efforts were to be made to go the Okhla landfill way, which is being made into an ecological park. Rs. 250 crore bio-mining and bio-remediation projects are being undertaken, with multiple trammel machines being installed at the landfill. However, progress on the Bhalswa landfill has been painstakingly low.

Earlier this month, AAP’s MCD in-charge Durgesh Pathak took a swing at the NDMC, which is ruled by the BJP, calling it out for not reducing the landfill’s height and going so far as to accusing them of corruption.

BJP countered, saying, “12m height of legacy waste from the second mound have been cleared from Bhalswa site.” The North MCD mayor Jai Prakash went on to accuse AAP of not helping civic bodies (which are BJP-ruled) to keep Delhi clean.

If history is any indication, we can guess that at the end of the day, it seems that rather than real action, all we will get is shoddy politics.

Sources: Times of India, The Hindu, The New Indian Express