Home ED Originals ED VoxPop: What Do The Millennials Have To Say About Increasing Age... 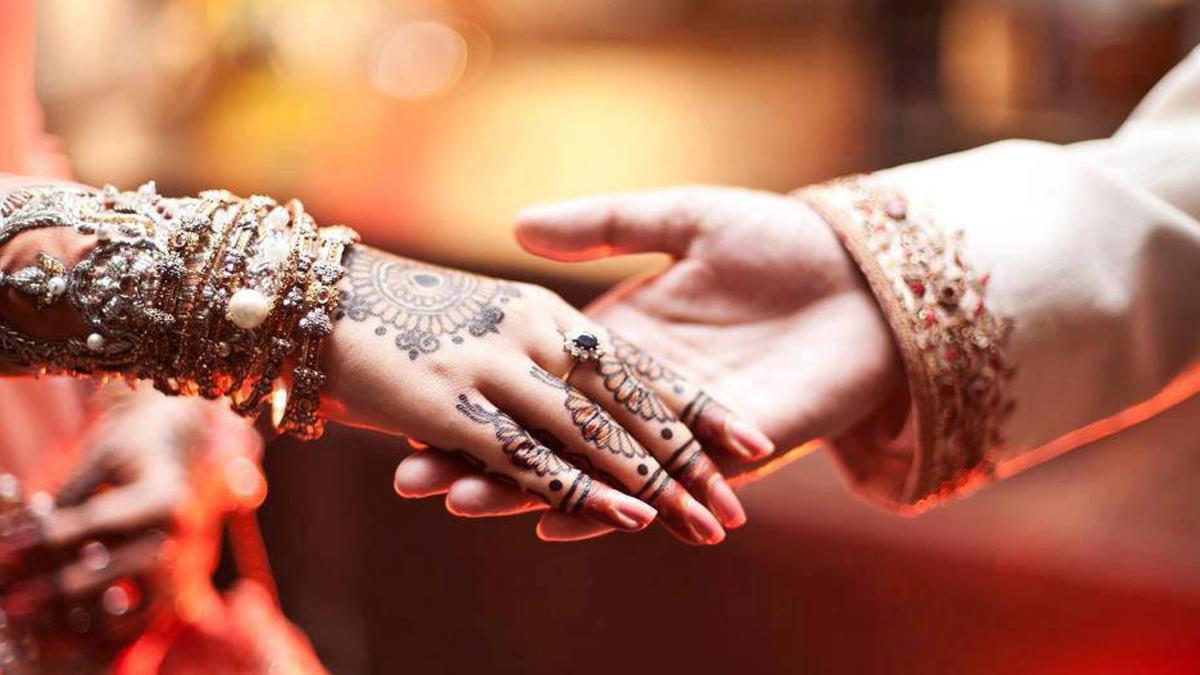 On this year’s Independence Day, Prime Minister Narendra Modi announced that the government planned to increase the minimum age of marriage from 18 to 21 years. The intention behind the proposal is to lower maternal mortality rate (MMR), reduce child marriage and increase the female workforce as well.

To many people, the move seems to be a confident one, for the betterment of the country, but many believe that it won’t be able to solve the problems that it intends to.

What will the move entail?

The issue is very complex as it involves a series of other issues which are inevitably connected to marital age.

It is a very positive move when considering the uniform age of marriage for both males and females. It highlights a very crucial aspect of marrying girls when they are younger when many of them haven’t attained maturity in cognitive and physical aspects.

The child marriage rates will also increase if marital age is increased as the bracket will increase. For parents who marry their girls because of economic pressure, it might cause a backlash as the tensions might increase in the family.

Even when the marriage age is 18, many parents, under financial pressure, marry off their daughters even before they turn 18, causing numerous physical as well as mental health issues and an increase in maternal mortality rate.

India has one of the highest maternal mortality rates in the world, and it can surely reduce that but there is no guarantee that increasing marital age will ensure direct benefits.

To reduce other health problems, education and awareness play a larger role.

This is clearly visible through the reduced child marriages and fertility rates over the years. Education, healthcare and allocation of funds for awareness play a larger role than policies.

The proposal has been in consideration for a couple of decades but never came into effect. Even with many complexities, it can benefit not only individual families but the entire nation.

If the marriage age is increased, parents are, in a way, bound to educate their daughters. Improvement in literacy rates will also increase the number of females who are financially independent.

Increasing the workforce can boost the GDP of the nation exponentially. A report by The Print mentioned that even increasing the female workforce by 10% can add $770 billion to the Indian economy by 2025.

Read More: ED VoxPop: What Do Millennials Feel About Mixing Politics And Religion With COVID-19 Crisis

What do the millennials say?

If the move comes into effect, it is crucial that implementation should be effective. There are many issues to tackle and the most important one is making sure laws actually come into practice. 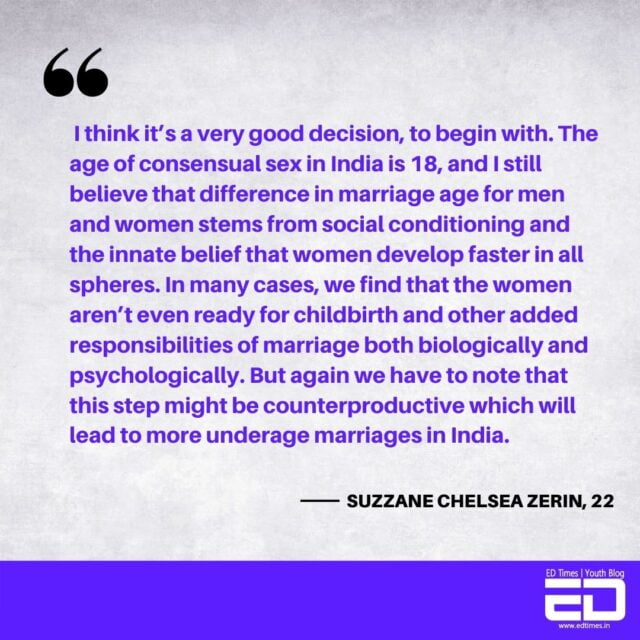 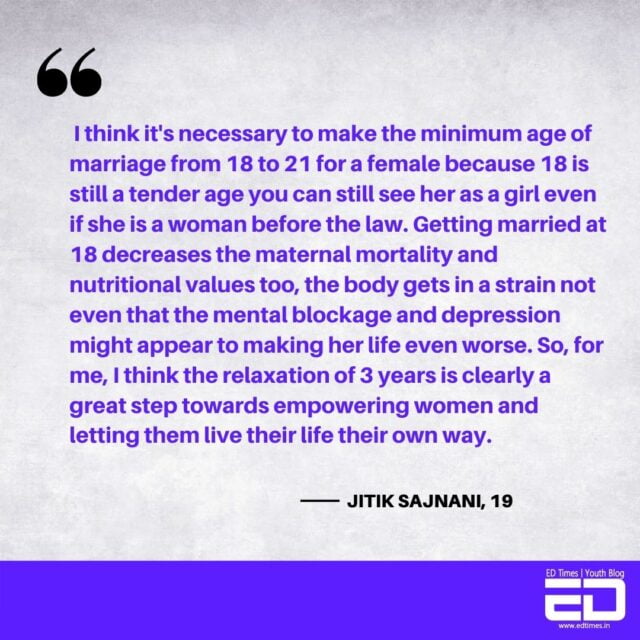 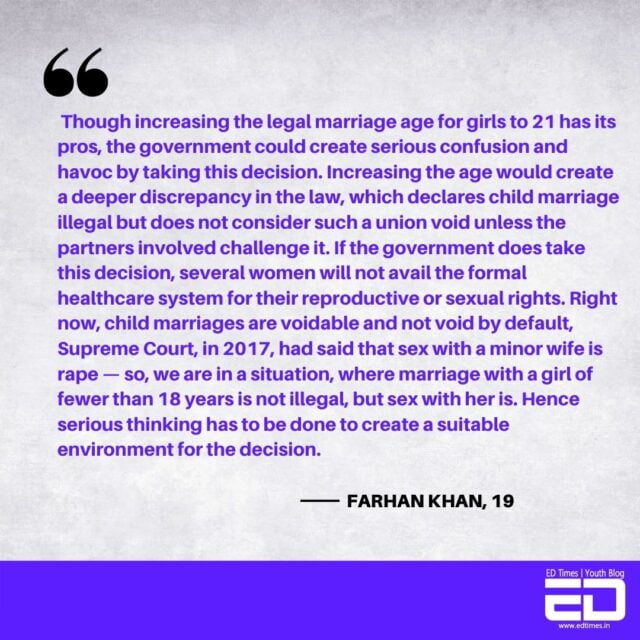 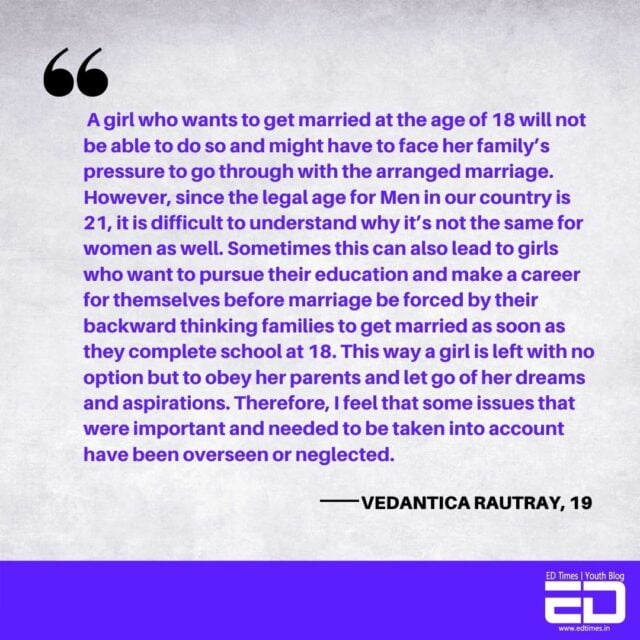 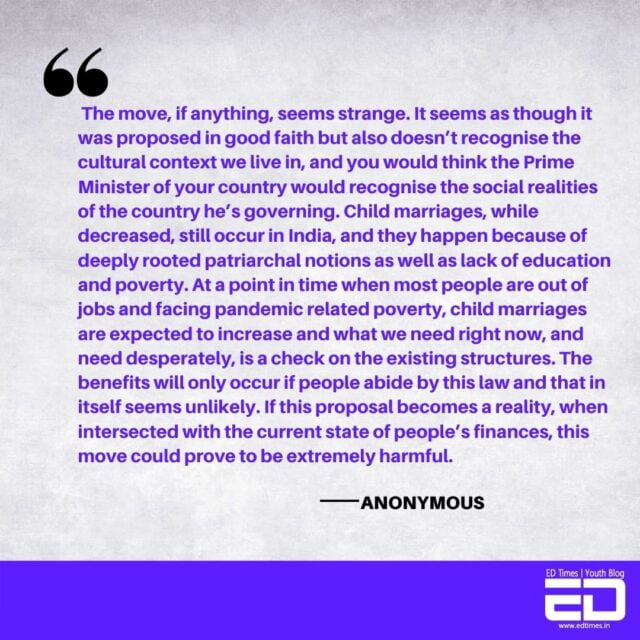 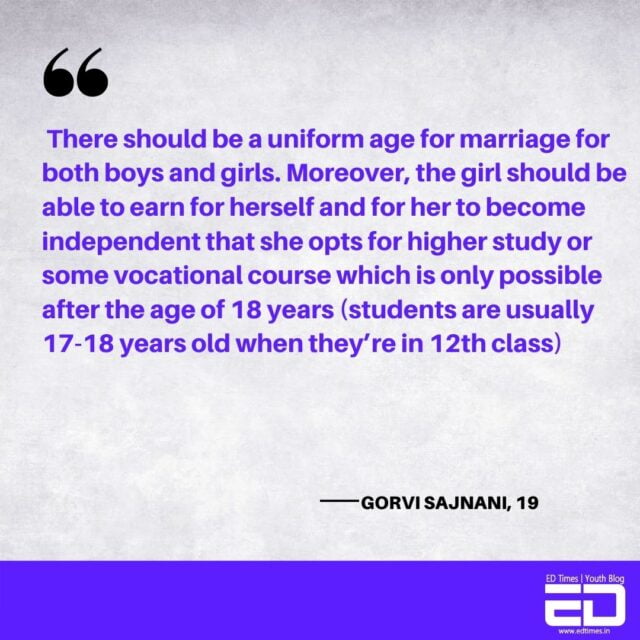 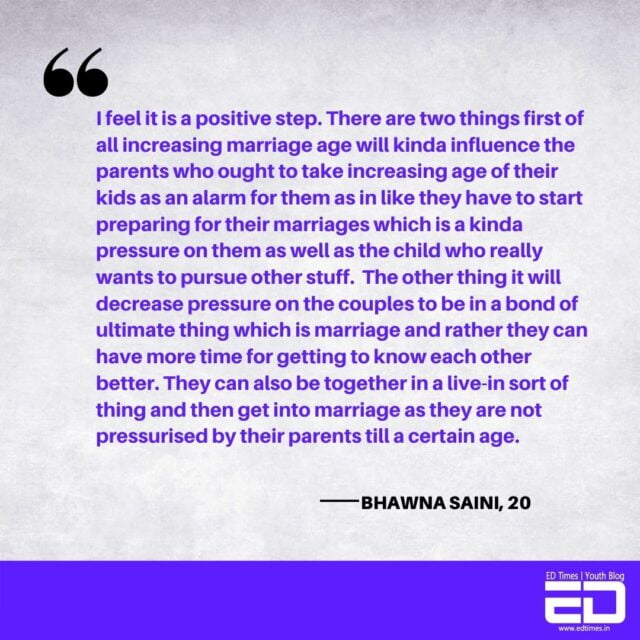 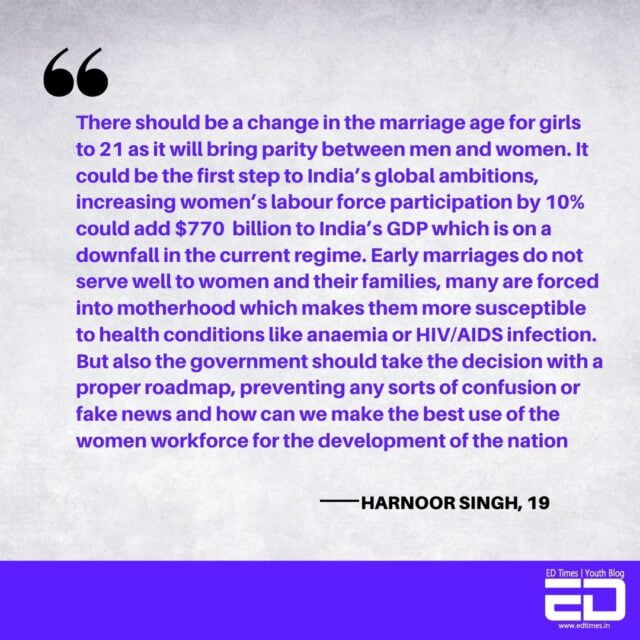 If even the minor issues are carefully taken into account, the move can be a game-changer.

Indian Marriage Rituals That Should Be Discontinued