Dilwale Dulhania Le Jayenge still remains one of the most celebrated and popular films in Bollywood. It was released on 25th October 1995 and even after 25 years, it still has a huge following worldwide. Starring Shah Rukh Khan as Raj and Kajol as Simran, the movie redefined the Indian romance genre.

Even those who haven’t watched the film know about the iconic train scene!

DDLJ has also run in the box office for the longest time, with the Maratha Mandir theatre running it for more than 1200 weeks! DDLJ is also going to hit the theatres in Spain on its 25th anniversary when they open after COVID lockdown.

However, being an old movie, it is subjected to a lot of inherent problems that the audience tends to gloss over in the name of romance. We are definitely not trying to demean the movie, but it is better to be aware of the content that we watch. Films have a very strong influence on how people perceive the world.

Here are some of the scenes and dialogues from DDLJ that we thought were problematic! 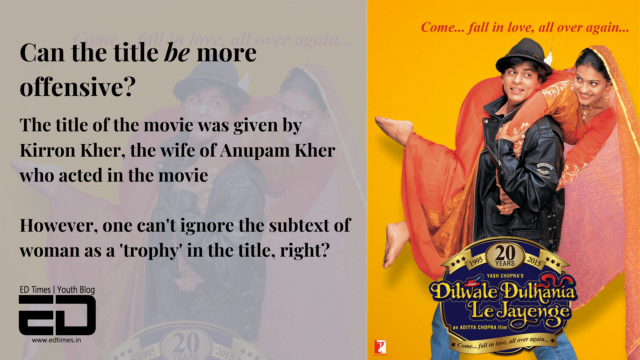 But I think this can still be pardoned as it is open to multiple interpretations. 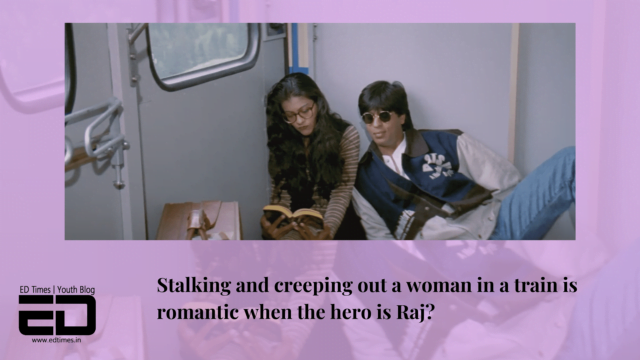 The entire trope of ‘pursue the girl and voh maan jayegi’ has been very pervasive in Bollywood. It promotes a non-consensual culture where the hero owns the gaze over the female character. It’s a toxic representation of romance that Indian movies still promote on screen.

Read More: Bollywood Will Be Facing These Issues While Making Films Now 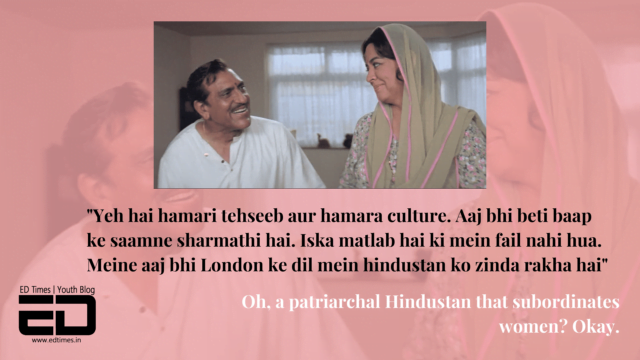 Uncle Ji is a very staunch patriarchal figure in a family that seems happy and normal from the outside. 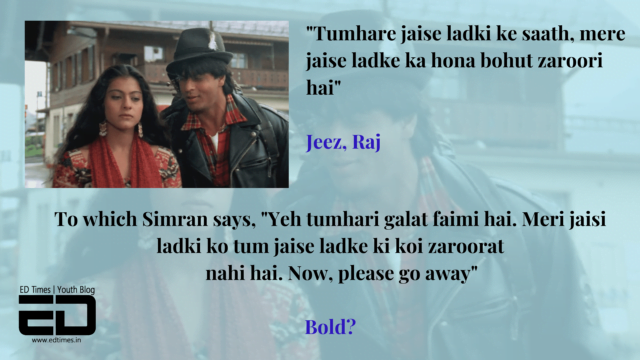 Did nobody find Raj annoying? How did everyone find him romantic? 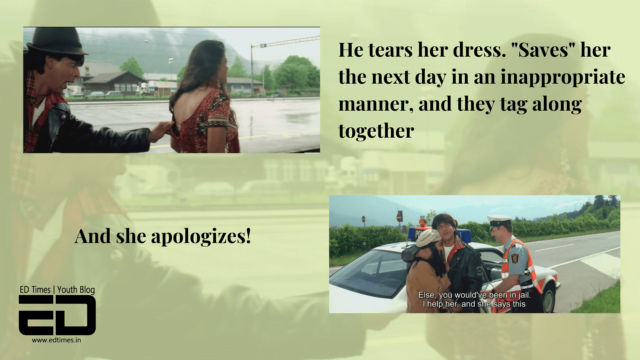 The hero saves the damsel-in-distress stranded alone in Europe! 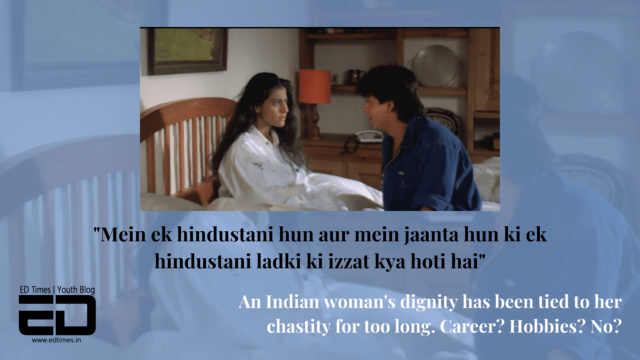 Raj exerts his moral superiority throughout the film, even though he himself engages in publicly embarrassing behaviour. Is this allowed just because he is the hero? 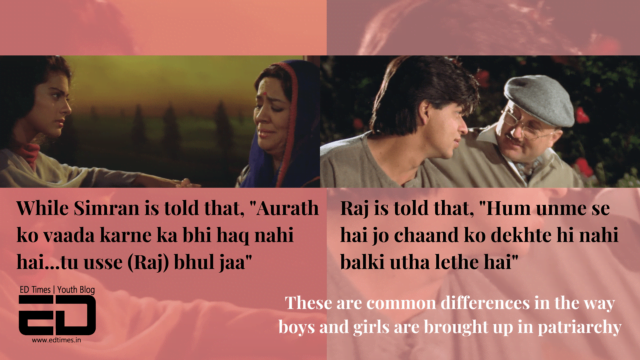 This scene in the film is a very powerful reminder of the differences between how a girl and boy are raised in Indian families. I would definitely give credit to this if it was ironically emphasized. 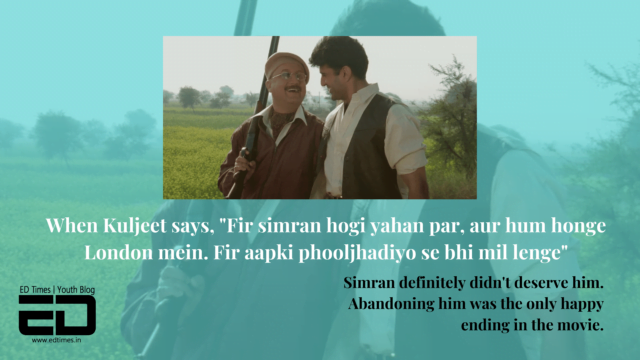 But Kuljeet’s sister Preeti did not deserve to be a scapegoat in the film. An apology from Raj was not enough to mend her broken heart. 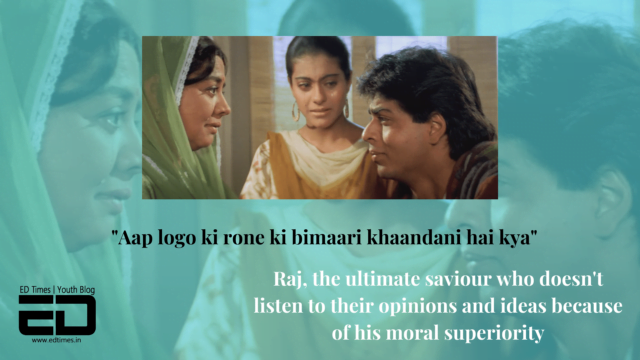 He keeps calling Simran dramatic when he is the one who chooses not to rebel and stages an entire drama to ‘win’ her. Irony! 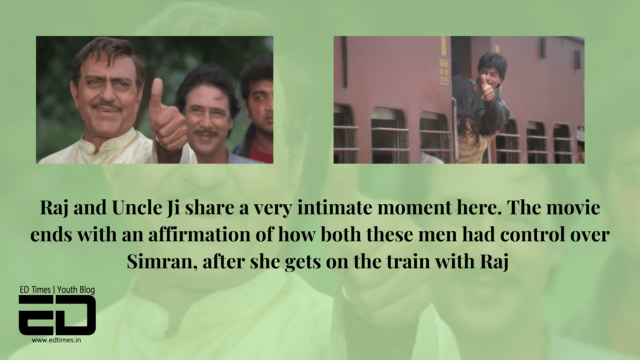 Simran’s life was controlled by these men. We see her having no opinion of her own and she hardly exerts the ones she has. She is submissive throughout the movie. We never find out her hobbies, interests and aspirations apart from her need to run away with a ‘soulmate’ she met on a holiday.

There’s no denying that DDLJ will remain in the hearts of all Indians. However, it’s high time we become sensitive to such representations while we enjoy these movies.

We Love You Shah Rukh Khan But Really Hate Your Scripts, We Are Waiting For You To Bounce Back