Home Politics If Terrorism Has No Religion, Then Why Are Secular Parties Calling It... 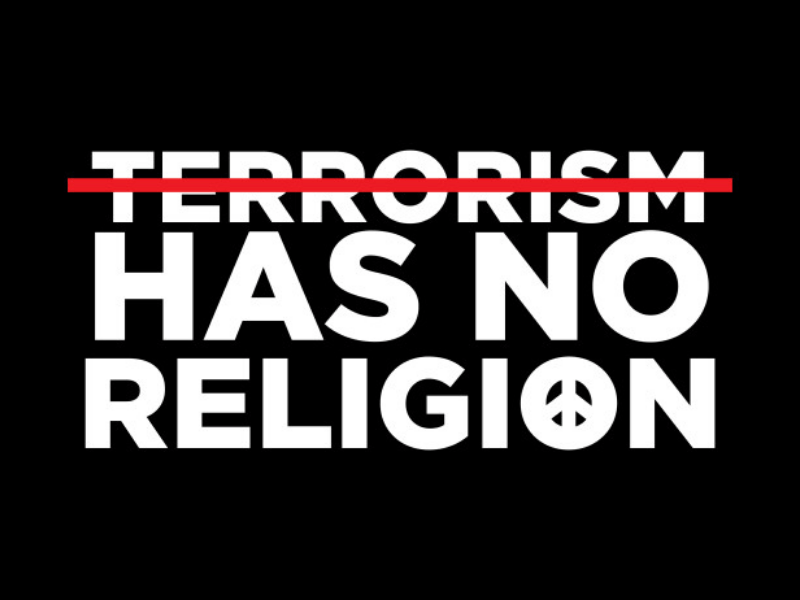 The accused terrorist, Pragya Thakur has been in news for her candidature with BJP and so have been an increase in news reports and comments on ‘Hindu Terrorism’.

Take it more as a question from an intrigued secular citizen rather than a comment, when I ask you, “If terrorism has no religion then why do people who profess it, use the term ‘Hindu terrorism’?”

Before we get on to why it intrigues me, I would have to make it clear as to why I think terrorism has no religion.

Why Do We Link Terror With Religion?

As a person who has been born in a Muslim family, I have heard this word more often than others.

At the age of thirteen, when I hardly knew about religion, I believed when I heard that ‘Muslims are terrorists’ and so I shared the first image on my fake Facebook profile that said “I am a Muslim. Please don’t hate me.”

Just then, someone whom I knew commented, “But who hates you?” That’s when it struck me, ‘Nobody did; no one that I personally knew.’

That’s when I learned one of the many lessons I have carried on in my life. Nobody hates me for who I am, except four people shouting within the four walls of a newsroom.

I knew I was confined to the well protected walls of my home and the world out there is crueler than it ever looked.

That’s when I asked questions that I never got an answer to. First of the many was “why do Muslims die in supposedly ‘Islamist’ terror attacks?”

When you attack a religion for professing the idea of terrorism, you forget that innocent people belonging to the religion are equally sacrificed in these terror attacks as well.

If 26/11 or 9/11 happened in a ‘Muslim free zone’ I would have been ready to believe in the reasons why Islamophobia exists in America.

Related: If U.S. Is Against Terrorism, Then Why Does It Aid Pakistan?

Religion is the safest haven for terrorists to hide their vile intentions because each one of them knows how faith guides the people in the world; how every man can be manipulated and brainwashed if he is led to believe that his faith is in danger; how every man believes that a threat to his religion, is a threat to his existence.

Which leads me to the question, “Is our faith too weak to be destroyed by masked men with guns?”

This brings me back to the statement:

Why do we say terrorism has no religion?

When we use the term ‘terrorism has no religion’, the statement is not confined to Islam.

When you use the word “Hindu Terrorism”, you are attacking millions of Hindus that believe in love, peace and mankind.

When you use the word ‘Hindu’ while defining a vile attack on mankind, you attack the sentiments of millions of Hindus who chose to stand with mankind.

When people who claim to be ‘liberals’ and ‘secular’ use the word “Hindu terrorism” on one hand and defend Muslims by claiming “terrorism has no religion”, I feel disappointed with people who have been exploiting the same ideologies I believe in.

Hinduism does not hold account for a group of people that retaliate and terrorize in the name of ‘Hinduism’.

The entire race and religion of people are not represented by a group of people who manipulate young minds into believing that their religion is in danger.

The world does not need another version of ‘Islamophobia’ and another set of lost eyes being sorry for a crime it did not commit.