Recently, Elon Musk vouched to sell his Tesla shares worth $6 billion to help world hunger if the UN can show how the money will be used to help the needy. This came in response to the UN World Food Programme (WFP) Director David Beasley’s statement in an interview with CNN. 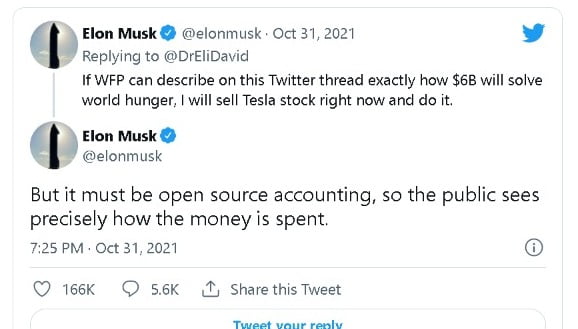 David challenged the wealthiest people, Jeff Bezos and Elon Musk, in particular, “to step up now, on a one-time basis”. He asked for $6 billion to help 42 million people who will die if the food doesn’t reach them on time.

$6 billion sounds a lot, but for Musk, it is only 2% of his fortune. Mere 2% of only one billionaire’s fortune can save millions of people from dying by starvation.

In 2021, there are 2775 billionaires, having a collective net worth of a whopping $13.1 trillion. They collectively have more wealth than 60% of the world’s population.

So, if every billionaire donates money, can it eradicate poverty and world hunger? The answer is more complicated than a simple yes or no.

Most billionaires hold wealth in form of company equity. Now, in order to donate money, they would need to liquidate their shares. Selling such a high volume of shares at once will lower the company’s valuation. Moreover, who has the money to buy so many shares which cost billions?

Now imagine all major companies doing it at once. The market will collapse.

Read More: 40 Indians Became Billionaires During Pandemic, India Is Now The Third Country With Most

Moreover, isn’t it unfair to ask them to relinquish their control over the organization that they built with blood and sweat?

Hence, donating billions for a world cause isn’t so easy as it sounds. 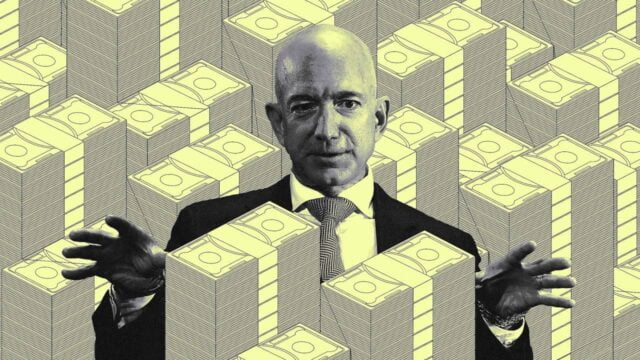 If every billionaire does manage to donate only 1% of their respective wealth for the social cause, then it is true that it would pull many people out of sheer poverty. Countries on the brink of famine can be helped.

However, if every citizen is provided with $1.25 a day (poverty line), then absolute poverty as per current standards will end, but a new poverty line standard would be set up. The number of poorest people would still be the same, though they may not be as poor as they were earlier.

Not Just About Money

Those who advocate for billionaires giving up their money for social causes forget that everything is not black and white. A lot of money is already dedicated each year to poverty and hunger eradication programs.

Let’s take an example here. The “World’s Most Powerful Country” America has spent over $133 billion for the development in Afghanistan, which remains one of the poorest nations to date. So, if spending money is the only thing that can make a difference, why is Afghanistan still poor?

Because it is not just about how much money but also about what to do with that money. The so-called strongest country in the world couldn’t help Afghanistan, so is it realistic to expect private donors to come in and save the world?

It is not about giving money at once. It is about development programs. Just handing out money to poor people would only result in inflation, which lowers the value of the currency, and thus the underlying problem is never solved.

What needs to be done, instead, is taxing the rich and then using that money to invest in programs that ensure the upliftment of the poorest people. Spending money that results in the continuous creation of wealth for them is the way to go.

And that requires tremendous planning, change in attitude, and of course, a lot of investment, which is where the donation by wealthy people would come into the picture.