Home Politics If BJP Wins Gujarat Elections, It Would Never Ever Talk About Secularism... 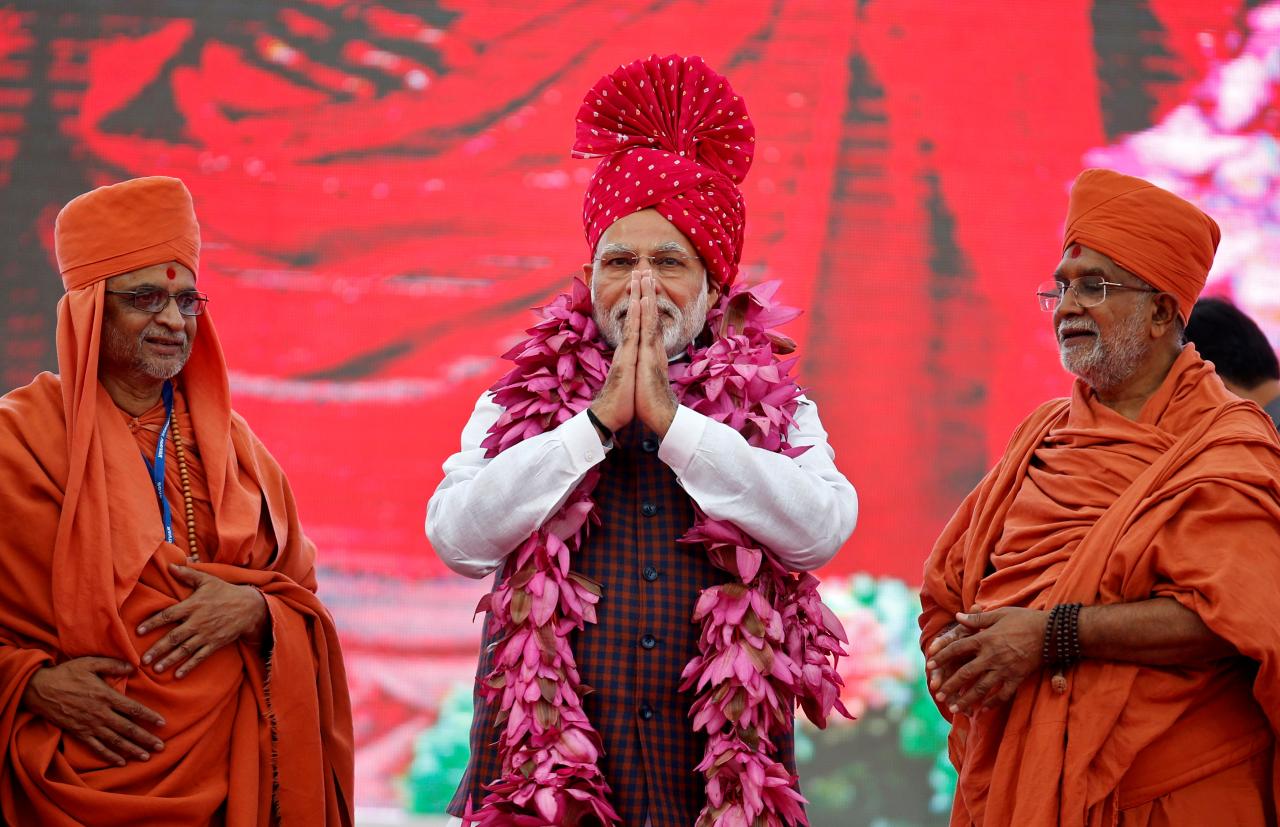 Without wasting any time, moment, space-time continuum, let us directly advance to the fundamental point that is: BJP is not secular and nor does it want to be.

It is extremely lucid that the party background is communal in nature and has, at various instances, firmly established the same. There’s little to dispute about the opinion-cum-fact that BJP’s Gujarat election campaign had little to nothing to abso-f*king-lutely nothing to do with development.

The same development that won it more than a triple century seats in Lok Sabha is nowhere to be seen in the entire presentation of the Gujarat state elections. Why so?

Because that’s exactly the Gujarat model. A brainwashed and bigotry charged audience. Narendra Modi praises the Gujarat model more than he praises his Nehru jack…sorry Modi jacket. His Ministers, party members, and boot-lickers, in turn, praise him. And not just simply appreciate him for his leadership qualities. But they take time out of their busy schedule and collect the dust from Mr. Modi’s feet, sn*rt it and then tweet about him.

Related: My Newborns Survived Due To The National Anthem Being Played On Loop: Swaraj Columnists Funny AF Justification

You have all Cabinet Ministers, few Chief Ministers, many parliamentarians and the supreme judwa jodi mashaallah Modiji and Amit Shah touring the state of Gujarat, which you ruled for 22 years, convincing people that Congress, which has lost in the national election and the state elections and didn’t set foot in Gujarat for the last two decades, is evil and venomous and didn’t let you work for the development of Gujarat?

After listening to and reading the speeches/promises given by most BJP members, I have started feeling that Rahul Gandhi is sensible, and I f*king hate him.

This is what it has come to. I am ready to accept an inexperienced dynast product but wouldn’t ever prefer a party which is so communal in nature that they’d paint their blood saffron if they could do or were educated enough to do so.

In various speeches, Mr. Modi has mentioned Ram Mandir and Babri Masjid, one imaginary structure and the other unlawfully destroyed tangible structure. Now I know that Ayodhya is a very delicate issue. Different people have different sentiments about it. And that is exactly why it shouldn’t be tossed in an election campaign.

One bright sunny wonderful day, PM Narendra Modi said, “Why does he have to link a Ram Mandir with elections. Is such thinking proper?” I laughed so hard at this that my small intestine vomited on my large intestine.

Similarly, during UP election campaign, the issue of Triple Talaq and Kabristaan were raised. Why? Why not.

Let’s go deeper into the skin

Every time a Congress member said something against the honourablestest best Prime Minister so far Mr. Narendraji Modiji, the entire BJP army would organize a press conference and retaliate like the entire Justice League has assembled to fight the evil and save Planet Earth. Even in public speeches, there’s mandatorily ninety percent abusing Congress and ten percent Bharat Mata Ki Jai.

Here is a list of key issues the ruling party gave utmost attention to in the election campaign:

Anyhow, if BJP manages to win the elections again, then it should never talk about development and secularism ever. That ship has sailed or rather drowned.

Here’s How You Can Stop Love Jihad From Happening

Things Every Political Party Should Learn From Bhartiya Janta Party