The beginning of the awkward transition into adolescence triggers a growth spurt in your body, which then undergoes physical and hormonal changes.

Your body is witness to excessive hair growth in all the wrong places.

Your face is blanketed in miniature volcanic eruptions also known as acne.

Puberty is the finest example of a man-made disaster. Period.

In the process of being catapulted into years of bodily chaos, you subconsciously sign yourself up for the Game of Hormones – will yours turn out to be a blessing or a curse?

As if it weren’t bad enough to be knocked into a state of vulnerability, our immediate environment does little to disprove one’s insecurities regarding their appearance.

Right from the nascent stages of one’s youth, western ideals of beauty are so intricately woven into the Indian psyche that it’s impossible to renounce these falsehoods well into adulthood.

I would like to throw in a childhood snippet here. Like many of my peers, I was once brainwashed by Western beauty ideals to the extent where all I wanted was to be ‘fair’ at one point in time.

Also Read: Beauty Blogger Tells You How Brands Trick You Into Spending Your Money 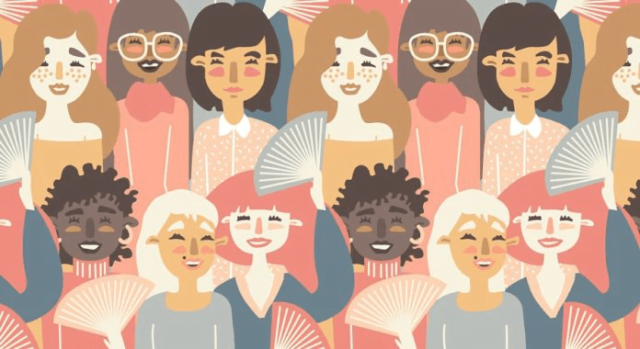 Take a look at the diversity present in the television, advertisement, print and film industry – there is none.

These spheres are predominantly reserved by and for people who align with the Caucasian yardstick of ‘aesthetically pleasing’.

Colorism or shadeism, despite being brought into the limelight more often these days, is still rampant in the media industry. Attaching negative connotations to darker skin by portraying dark-skinned people as antagonists in films and advertisements doesn’t help the case, either.

It is also rumoured that celebrities undergo skin-lightening treatments to measure up to these standards, and their actions in turn negatively impact the common folk.

According to a source, the fairness cream industry in India is expected to garner ₹5000 crores of revenue by 2023.

A cultural dissection would reveal the other bodily standards to be met in order to fit in – lighter eyes, button nose, fuller lips, etc. In short, anything that is beyond our genetic control.

Aishwarya Rai Bachchan and Hrithik Roshan are two celebrated icons who befit the example of Western idolatry – both of them share Caucasian facial features which lend to them an ‘exotic’ appeal.

We uphold these imposed standards as the epitome of ‘beauty’ and conform to them without heeding the harm it causes to our own selves.

What is the underlying cause of this unhealthy obsession with everything firangi?

Is it due to an imbibed inferiority complex of sorts or just a result of a persuasive global marketing apparatus? Both.

Western fetishism in itself calls for a reevaluation of the systemic consumption of popular culture for it takes away from a place its own character.

It’s about time we realized that the characteristic cultural identity of India is something to be celebrated, and not discredited.

Remind me why we are aiming to look like mannequins again?

If Social Media Is Your Only Skill, Here Is A Great Opportunity For You