With social media flooding with allegations of sexual harassment against men from all walks of life, the #MeToo movement has well and truly taken India by storm. People from the comedy industry in particular were at the receiving end of a lot of accusations, including screenwriter-lyricist-comedian Varun Grover.

Last week, a woman claiming to be his junior from the Institute of Technology (BHU) Varanasi, accused him of sexual harassment in the pretext of auditioning for a play he wrote, in an incident that occurred in 2001.

The accusation was made public in the form of screenshots from an anonymous account.

Upon being accused, Mr. Grover ‘completely, totally, categorically’ denied all the accusation that were made against him in the following tweet:

I completely, totally, categorically deny all the allegations being made. The screenshot in question is untrue, misleading, and defamatory to say the least. Issuing a detailed statement soon.

Soon after, he even issued a detailed statement regarding the same, where he denied the accusations with more conviction, backing his denial with facts. He called the allegations ‘agenda-driven tactics to derail the movement’.

Here's my detailed statement about the completely fabricated, misleading, and defamatory allegations against me. Am absolutely willing to cooperate and clear my name. Let's not allow such agenda-driven tactics to derail this movement please. pic.twitter.com/VTFeIjygcl

In his statement, he admitted that it must be ‘disheartening’ for people to read the allegations against him, but also promised to clear his name from what he called a ‘defamatory tactic’.

After more than a week since then, the Sacred Games co-writer has penned an open letter, where he talked about the allegations once again and ‘seeking closure’.

Having read his statement right after the allegations surfaced on Twitter and his latest open letter, I stand with Varun Grover.

Now before one jumps to conclusions and calls me names, let me clear that in the broader perspective, I do #BelieveTheSurvivor. It takes immense courage to come out with your story, reliving the pain and trauma that one must’ve gone through initially.

#MeToo is a movement that is revolutionary. After years of patriarchy and oppression, this is something that the country needed for a long time.

“Revolutions are beautiful. They are cathartic, powerful, necessary, and like #metoo — inevitable”

Having said that, there can be exceptions, of course. This could be an attempt to sabotage the entire movement that is making the headlines. However, we can’t allow one false accusation to dilute the sanctity of this movement. It’s bigger than this.

Every Accusation Has An Impact

When a victim decides to come out and make the allegations public, it has an impact. The impact has far-reaching consequences that touches the lives of not just the accused, but his family as well.

In the case of a false accusation, it can be traumatizing for the accused and his family. It not just affects a person’s professional career and image, but also takes away one’s ability to take a stand on what’s wrong.

“My isolated small case does mean the world to me, my family and friends. It affects not just my mental health and professional life but my ability to take a social stand on every injustice I want to speak about“.

This is what encourages Varun to speak up for himself, and he did.

In his open letter, Varun has denied all accusations with facts that make perfect sense. By deconstructing the allegations one-by-one.

Out of these 36, my theatre group worked with only four during the course of our stay at the institute and they have remained friends. As the news broke out, these four reached out to me and expressed their solidarity.

Extending their support further, these 4 women reached out to the rest 32 of the female students (spread across the globe) that were my junior at that time and have received confirmation from each one of them that such an incident did not happen. These confirmations can be verified by any independent inquiry.

This proves clearly that the person making the allegations on twitter did not even attend the same college as mine at the time of the incident stated in the allegation.

b)The same check can be done by any independent authority asking the person making the allegations to furnish any valid id card (Engineering completion degree from IT-BHU, semester mark-sheets, original college ID card) to see if they even went to IT-BHU in the batches of 2000–2004 or 2001–2005.

By categorically clarifying all the accusations, Varun makes us question the veracity of them. With just 36 women that can be labelled as his ‘junior’ in his college giving their confirmation that any such incident did not happen, I see no reason to doubt him.

To those thinking that he might be lying about checking with every woman, let’s just say he is. The fact that none of the 36 women (or any other woman for that matter) have come out against him or has backed the allegation made counters it.

If even that doesn’t suffice you, he’s open to all kinds of independent/legal inquiry. Until not proven guilty, we can give the man a chance to breathe.

Not Against The Movement Or The Anonymity

In the patriarchal society that we are living in, where blaming the victim is a common thing, anonymity is something that keeps the focus on the accusation rather than who made the accusation or its purpose. It allows women a shield of protection from the powerful (and guilty) men that they are accusing.

However, what’s important is to verify an account of accusation, and while the counter-claim based on facts is being checked, label it as ‘pending verification’.

Unlike many others, Varun has constantly labelled his case as one-off in his letter and has extended his support to the movement at large. However, the trauma that his family might be going through is unimaginable.

If you think about it, it deserves just as much attention as a victim does when she gathers the courage to come out. “Believe All Women” continues to be our motto, but do we “Believe All Screenshots”?

Give it a thought. 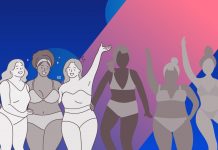 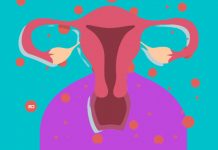 Man Thinks He Has Urinary Problems – Turns Out It’s Menstruation 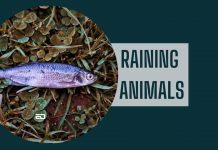 Did It Rain ‘Animals’ In Telengana?