Home Lifestyle How Were The First Three Episodes Of ‘Learn Korean With BTS’? 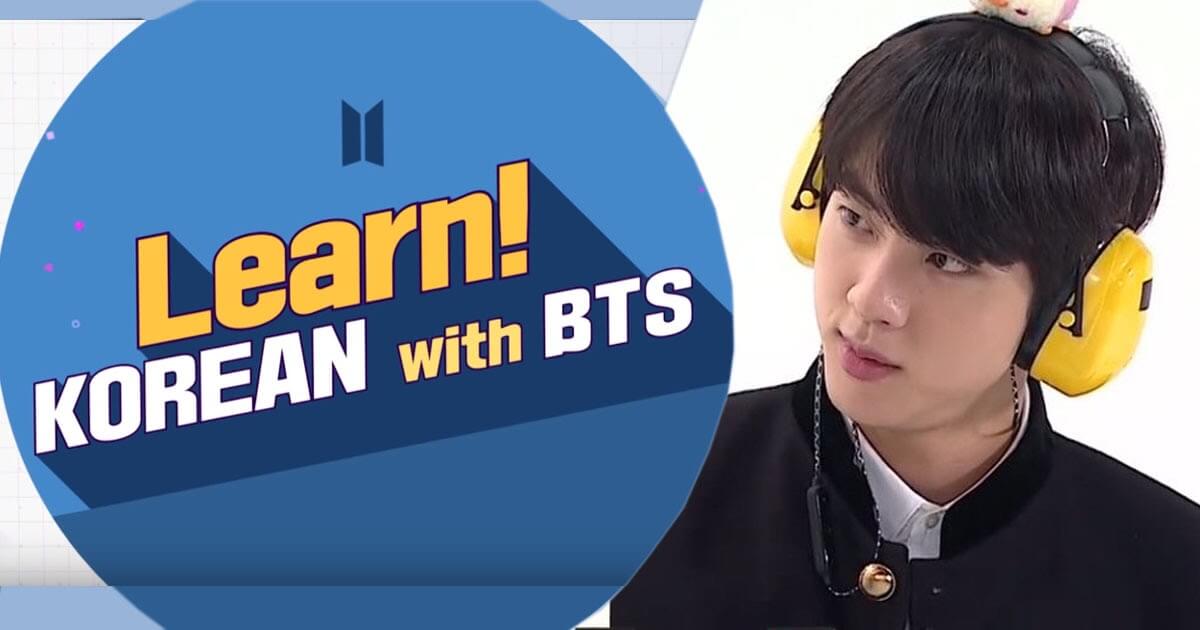 Being a fan of someone from another region, means accepting their language and culture, along with the extra steps you might have to take to understand them.

This sentiment is shared by many fans of different areas, but more so by K-pop fans especially those who are not Korean speakers. They often have to rely on translators or native Korean speakers to translate song lyrics, comments made by the artist and any official notice brought out by the company.

BTS is one of the biggest K-pop groups right now, and being their fan I’ve had to depend on fans or the company to bring translations of everything that the boys do in order to understand them better. Of course, music transcends language, but when they are talking in general then understanding them just makes it even better.

That is why it was so exciting to learn that BTS and their managing agency, Big Hit, would be releasing a series of 30 Korean language lessons on their social media app Weverse starting from March 24th.

The series called ‘Learn Korean With BTS,’ is a video based educational content meant to help the fans better understand BTS’ native language.

Each episode is around 3 minutes long, with clips being used from previous BTS video series like ‘Run BTS!’ from VLive and YouTube’s ‘Bangtan Bomb’ and ‘BTS Episode’.

Clips from all this video content will be rearranged to help viewers understand Korean expressions and some grammar pointers that are often used by the 7 members, RM, Jin, J-Hope, Suga, Jimin, V and Jungkook.

Apparently, Professor Heo Yong of the Department of Korean Education at the Hankuk University of Foreign Studies and professors and researchers from Korea Language Contents Institute helped in building the content for this series.

In a statement Big Hit said, “We are planning Korean education contents to improve our accessibility. We hope that through learning Korean, global fans will be able to deeply empathize with the music of artists and enjoy a wide range of contents.”

The first three episodes were released today, with the

The videos are free of cost on their app and new episodes will be released every Monday at 9:00PM KST.

Highlights Of The Episodes

I will be the first to say that there is big difference in reading translations and actually understanding the language. Recently. I was watching a Bollywood movie in a theatre and surprisingly it had English subtitles to it.

It was during this I noticed, how common phrases and words changed when they were translated into English and doing so lost much of the fun and appeal they had. This made me even more aware of how much of a difference it can make to actually understand a foreign language.

That is why a series where fans could learn Korean, at least a very simple and basic version of it, was interesting to me.

The general consensus though, even from native Korean speakers seems to be that one must at least have learnt the Korean alphabet or Hangul before starting these lessons.

(i) I did like the concept of the videos though, where the word or letter that is being shown is highlighted and even shown on the top right corner so that the viewer can see how it’s written. 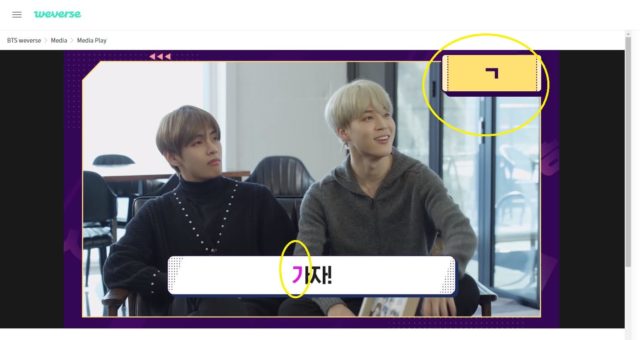 (ii) The video also shows the same phrase or word being spoken twice so that the viewer can correctly understand its pronounciation and also repeat after the member speaking out.

(iii) The repetition also helps in the viewer relating the sound with the alphabet shown at the top right corner of the screen, helping to recall it better.

It would have been even better if the word breakdown and some type of romanisation of each syllable had been given. Something like what this translator has done:

when you want to say
"Hello, I am Soo Choi"
"안녕하세요 수초이 입니다"

Some other Korean speaking fans have also added to this by starting threads where they teach about the Korean or Hangul alphabet and how words are created out of it:

The video doesnt show the exact pronunciation of the vocabs so I thought it might be helpful if i made a chart with the romanization beside it! Hopefully this helps! ☺️#LearnKoreanWithBTS @BTS_twt pic.twitter.com/TfOA4xdby5

But overall, I do believe it’s a great initiative to allow the fans (ARMYs) to connect better with BTS members by understanding their native language. There are some things that just cannot be translated, and the experience of getting the full impact of what someone is saying, knowing the nuances and all is much better.