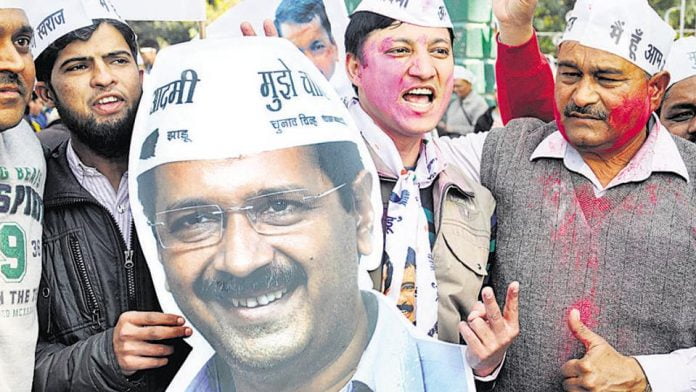 AAP is in deep crisis as it is facing a possible disqualification of 20 of its MLAs as they are assumed to be holding ‘Office Of Profit’ which is against the law.

What Is Office Of Profit?

As of now, there isn’t any explicit definition of the term “office of profit” available. Articles 102(1) and 191(1) restrict lawmakers from accepting “any office of profit” under the central or state governments, other than those that are specifically exempted by laws made by Parliament or State Assemblies. (Source: Scroll)

The Supreme Court has held that “an office of profit is an office which is capable of yielding a profit or pecuniary gain.”

The objective behind this is clear that the court doesn’t want the concerned individual to be pressurized into any sort of activity by any executive component and wishes to keep the executive at an arm’s distance.

Who Filed The Petition?

“I did not file this petition because I am a part of any political party. I sent it as a layman. After doing research, I found the move to be unconstitutional and filed a plea with the President’s secretariat,” said Prashant Patel, the man because of whom, AAP is in soup today. (Source: Hindu)

He was the one who on 19th June 2015, had sent a detailed report to the EC and also to the then President, Pranab Mukherjee, in which he explained how a number of MLAs of AAP should be disqualified straight away as they were holding ‘Office Of Profit’. What Did AAP Do To Protect Itself?

To safeguard itself from any action, the party tried to pass an amendment to the Legislative Assembly (Removal of Disqualification) Act, 1997, to exempt the post of Parliamentary Secretary from the ambit of office of profit.

It is well known that the proceedings of illegally holding an office were dropped against Jarnail Singh after he resigned as the MLA to contest the Punjab Assembly polls in the previous year.

Also read: Govt. To Allow Banks To Use Depositors’ Money To Save It From Sinking As Per The Proposed Bail In Provision

Mamata Banerjee came in for Kejriwal’s  support by tweeting: “A Constitutional body cannot be used for political vendetta… At this hour, we are strongly with Arvind Kejriwal and his team.”

This is what the Delhi CM had to say,

“There are many obstacles when you tread a path with truth and honesty. This is natural. But all the powers, visible and invisible forces in the universe, held you. God is with you because you aren’t working for yourself, but the country and society.”

“History is witness to the fact that in the end, truth prevails.” (Source: NDTV)

What Will Happen If The Decision Is Unfavourable?

Fortunately, even if the decision goes against AAP, it won’t be hampered a lot as it enjoys a huge majority in the Assembly and due to disqualification, it will come down to 46 seats, which is still comfortably across the half-way mark at 35.

There are no two ways about the fact that such disqualification will result in a loss in confidence among the public and the adage of AAP’s, ”Mein hun Aam Aadmi” might turn into “Mein hun Corruption” as stated by one of the rival parties.