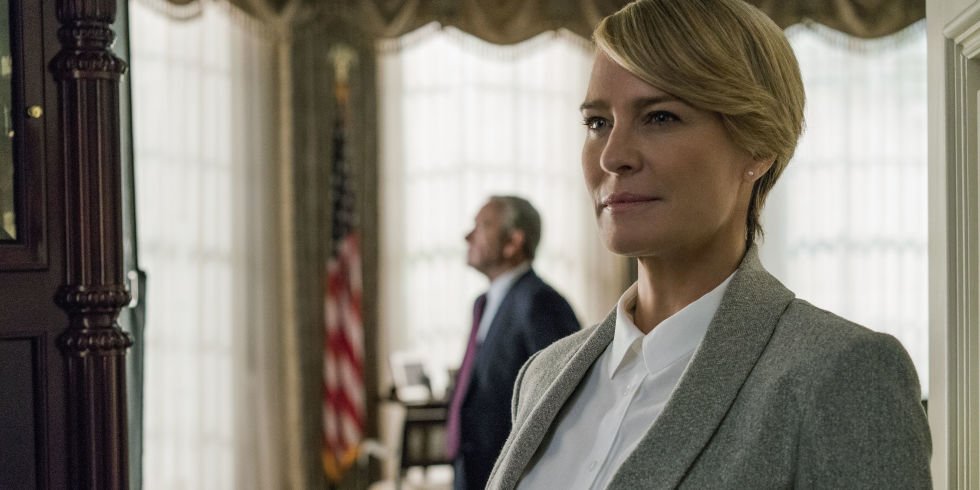 Season 5 of House of Cards displays the length up to which the Underwoods would go to secure themselves the seat of Presidency.

The very beginning of season 5 gives an insight into what the 5th season of House of Cards will be about: terrorism and elections. Or just elections maybe.

I would be very careful and not go into details. However, there are spoilers ahead. Proceed at your own risk.

Both Frank and Claire take their turn to persuade, dissuade and delude the public and the administration into believing that there exists an actual threat from ICO (Islamic Caliphate Organization) and it needs to be resolved ASAP, days before the election. They even, with the help of LeeAnn Harvey’s contact, stage a cyber attack to bully few Congressmen into accepting their offer of employing additional troops in the voting centers.

On the other side, Governor Conway is leading in all the poll predictions. He is elected the next President of the United States, but he’s actually not. It wouldn’t surprise anyone if I say that Underwoods turned dirty and ugly. But this time their trick was as dirty as Trump’s motormouth.

Underwoods, with their collective efforts, jeopardised the election and now the responsibility to elect the POTUS moved to the Congress, and VP to the Senate.

With all of this happening, Governor Conway turned frustrated and this cost him the seat of President.

Also read: Netflix Is Taking Over The World, But Do You Know Why?

Zoe Barns died in season 2 but she has been haunting Francis and his professional life up till now. The Zoe Barns story gets a new turn as Rachel Poshner’s partner appeared out of nowhere. The brave journalist Tom Hammerschmisdt is tooooooooooo much into this story but it eventually comes back to square one.

Turns out, it was Frank only who was using the story to fulfill his political motive.

The season introduced many new faces who play relevant roles. Mark Usher, initially political adviser to Conway, is one of those. We might see him become the Vice President in the next season. Then there is Jane Davis, we don’t know what she does or what position she holds but she’s there, making decisions and setting up high level meetings for the President and the Vice President.

Claire is at the spotlight

Claire Underwood played a major role this time. She was given more footage in the season that the oval room or the white house. Robin Wright’s screen persona and stage presence outperformed Kevin Spacey’s. Or maybe it was planned this way, to show Claire’s ascend to power.

I would not reveal who all died because what is the fun in watching a death without being unpredictable?

To sum it up, House of Cards season 5 was good. It wasn’t perhaps better than season one or two. However, it did toughen up the core which was loosened by season 3 and 4.

There was a lot of top notch political drama and that is exactly what the viewers demand or expect from House of Cards. For the first time there was more concentration on the inside white house politics, the politics which the general public is fascinated by.

The season umbrellas few of the best House of Cards episodes you will ever watch.

Hence it is proved: You cannot beat Netflix at it’s game.