Home Social Opinions History Of Clickbait: How It All Actually Started Over A Century Ago

This is one of the scariest trails in the world. You’ll never believe where it leads.

We’ve all come across such wildly exaggerated headlines which compel people to open up the links to various articles. This kind of content which aims to lure people to click on a link is termed as clickbait.

It is the lowest form of social media journalism, full of sensationalized headlines, grumpy cats, and awful personal confessions.

Despite its recent popularity, clickbait is nothing new. Its root, yellow journalism, was born over a century ago. This particular journalism refers to the kind of news which is sensationalized in nature to grab the reader’s attention.

After Amazon, Netflix agreed to censor its content in India.

Calm down! The statement is as misleading as articles that help you claim free Netflix subscriptions.

Scroll down to dwell further into the history of clickbait.

The advent of sensational news

In the nineteenth century, newspapers were fighting for circulation numbers the same way social media sites compete for eyeballs today.

Pulitzer purchased The New York World in 1884 and rapidly increased his newspaper’s circulation through the publication of scandalous stories. He earned the dubious honor of being the pioneer of yellow journalism.

Soon enough, he had a competitor in the field when Hearst acquired The New York Journal in 1885 (a penny paper which belonged to Pulitzer’s brother).

After one point, the two newspapers had neck-to-neck sales. In a bid to outdo the other, they started over-dramatizing and altering the news to fit into story ideas that editors thought would stir most interest for the public. 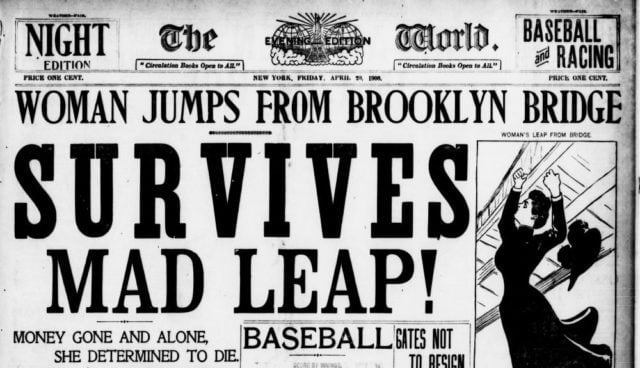 Battle of the Yellow Kids

Pulitzer found a surefire way to boost his newspaper’s circulation. He introduced a popular comic strip in his newspaper, running the adventures of a kid in the streets of New York. It was created by Richard F. Outcault.

He later came to be known as the Yellow Kid since he wore an oversized yellow nightshirt.

They often used the “Yellow Kid” to sensationalize stories and discredit the leads of other newspapers. It was also used to sway public opinion on important issues such as the Spanish-American war.

As the Kid’s popularity rapidly grew, the strip’s presence actually increased paper sales for the World and crushed the rival newspapers. And the capitalization didn’t stop there.

Soon there was a Yellow Kid version of everything, from playing cards, pins, dolls, and ice cream, to bottle openers, even cigarettes.

Eventually, Hearst offered Outcault an outrageously high fee to bring the Kid over to his New York Journal. Outcault accepted the offer; this move fueled the already heated rivalry between Hearst and Pulitzer.

Both of them started giving their competing Yellow Kids more and more space. Finally, the competition became so tense that these newspapers were turning daily boring news into groundbreaking events.

Also read: Indians Are More Prone To Believing Fake News Because We Are Emotional People

Yellow Journalism and The Decline of Journalistic Integrity

Critics tried, again and again, to pin a reputation on the papers’ sensationalistic, exaggerated, ill-researched techniques which propagated the trend of fake news. They termed this kind of reporting as “nude journalism”.

After one point, publishers all over the country began to think that perhaps at heart, the public might really prefer such content and began to replace news stories with comic strips.

This saga of producing salacious stories continued and as mediums progressed, the comic strip advanced into mechanisms for creating headlines that were clickbaity for attracting the attention of the netizens.

But to assert that clickbait is some nasty new disease cooked up by techies of the web age is as shortsighted and ill-informed as clickbait itself.

Source: Public Domain Review, Office Of The Historian + others