The whole world is trying to get rid of the deadly coronavirus which has spread its roots across the globe with speed and ferocity. Householders are playing their part by staying inside whereas the health authorities, scientists and researchers are diving into the development of treatments and vaccines.

There are various medicines and therapies which have been proposed for the treatment of coronavirus, some proved successful be it “Hydrochloroquine/Plaquenil” or “Convalescent Plasma Therapy” or “Remdesivir” and some just challenged science, be it rubbing mustard oil in the nostrils or drinking “gaumutra”. 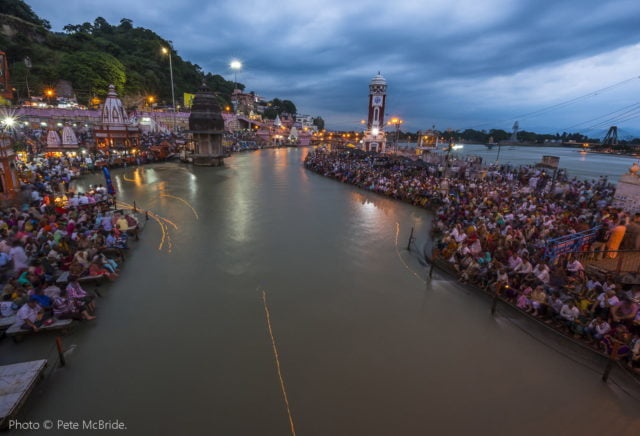 A New Treatment In The Making?

Surprisingly, some people are coming up with a new treatment for coronavirus claiming that the water of the holy river Ganga can cure COVID-19. It seems unrealistic but yes that’s true.

According to a report by the Hindu, “The National Mission for Clean Ganga (NMCG), an arm of the Jal Shakti Ministry that deals with the Ganga clean-up plan, has forwarded to the Indian Council for Medical Research (ICMR) a proposal to undertake clinical trials and examine if Ganga water can be used to treat coronavirus patients.”

These activists claimed that in most recent investigations by the CSIR-National Environmental Engineering and Research Institute, Nagpur – it was found that the upper stretches of the Ganga had several species of 20- 25 types of bacteriophages. Phages are viruses that specifically target bacteria and are also extremely strain-specific. The research suggested that these phages may have anti-microbial properties and could potentially destroy bacteria such as Mycobacterium streptococcus and Pseudomonas Yersinia. However, it is unclear whether phages, being viruses themselves, could have anti-viral properties.

Also read: 10 Fake News Around Coronavirus You Need To Disbelieve

Even so, there’s no evidence that viruses can, even in principle, be used to destroy other viruses. Phage therapy has its uses in experimental medicine and has been used to treat infections from antibiotic-resistant bacteria that cause tuberculosis, pneumonia, cholera, and urinary tract infection.

The Hindu also reported, “Before being forwarded to the ICMR, the letter reveals that the NMCG discussed the feasibility of the proposal with NEERI (National Environmental Engineering Research Institute). The considered opinion of CSIR-NEERI is that overall, clinical trial on water alone may not yield very useful results, though this would need the considered opinion of agencies such as ICMR”. 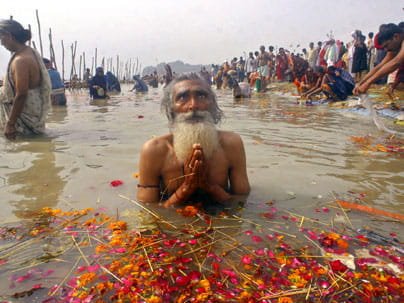 What Makes The River Ganges So Extraordinary?

There is no denying the fact that from childhood we have been told that river Ganga is not just a river but is the most sacred river in Hinduism and is worshipped as the Goddess Ganga. Ritual bathing in the Ganges was and is an imperative part of Hindu pilgrimage and the ashes of the cremated are often spread across her waters.

It is well known that anti-putrefaction properties and the anti-bacterial nature of Ganga are scientifically proven, particularly in its upper Himalayan stretches. In a study conducted by Malaria Research Center in New Delhi, it was observed that water from upper ambits of Ganga did not host mosquito breeding, and also prevented mosquito breeding if added to other water sources.

This doesn’t end here, in 1896, a British bacteriologist Ernest Hanbury Hankin tested the bacterium Vibrio Cholerae that causes the deadly disease Cholera and found this bacterium died within three hours when put into the waters of Ganga.

According to the Hindu (newspaper), it is true that Ganga water has special properties that are prominent in upper stretches. Since no virus-related studies have been yet carried out, one could attempt a pilot in the upper regions of Ganga.

If the claim of the activists is not merely superstitious but scientifically proven, it can treat a huge number of coronavirus patients but it seems a far-fetched dream. Thus, it would be interesting to see if the claim of NMCG holds any credibility to it or not.