So here we present the 2nd edition of our mission “Friendly Fridays”; a mission started by the ED team for building a comprehensive talent map of the world.

With a lot of talented musical acts coming up in the country, we are excited about reaching out to a Delhi based alternative rock band started by a group of young musicians and interestingly called Chaos in the Capital. Chaos in the Capital started early this year and has garnered a lot of appreciation through their live performances and on social media. This band believes in creating enjoyable and powerful music that appeals to everyone. From concept-based originals to covers of cartoon theme songs, Chaos in the Capital is an act to watch out for.

I welcome the band’s guitarist and vocalist Sagar Jolly who is here with us today for the 2nd edition of our “Friendly Fridays”. Sagar Jolly; a graduate from the University of Delhi (Shaheed Sukhdev College of Business Studies)  is currently working in the best employer MNC (well you guessed it right, its Google). He has been playing guitar for the past 11 years and is really passionate about music which is clearly reflected in the conversation below.

ED Team: Can you tell us something about your band “Chaos in the Capital”?

Sagar Jolly: The band started nearly a year ago when I started jamming with my friend Kshitij Sahney (Lead Guitars), and then afterwards we were joined by Ananya Gambhir (Vocals). Formally, the band came into formation early this year when Yuvraj Khanna (Drums) and Kabir Upmanyu (Bass) joined us. We started working on original compositions, worked on different sounds; we always knew that our aim was to create good music. Our first original single inspired a phenomenal and got us ready for a launch at ‘Lodhi- The Garden Restaurant’ in May which we followed up with a recent performance in the ‘Turquoise Cottage’ in September. We want even the non-musically inclined public to also understand music. We believe in creating good music and indulging in some kickass musically inclined shenanigans. Stemming out of the existing, boring bedlam of this city, Chaos in the Capital, ironically aims to creatively create some mad, mad chaos using its raw and original music. ED Team: What does music mean to you?

Sagar Jolly: Music is my of expressing my thoughts and bringing people together to experience moments where all is forgotten is in the joy of enjoying good music at the hands of musicians who love to perform. I was motivated by my elder brother and my dad to enter into music. Over the last 11 years of experimenting with music and being influenced by a very good teacher of music, I moved from instrumental music to vocals as well. I always used to play classics like the Beatles and Queen. The turning point of my life was when I joined a band in my school. I realised that it is a much better use of my energy. I sometimes feel that my music becomes more important to me than anything else.

ED Team: Did you face any challenges in learning and practising music for such a long time when parents these days want their kids to be aiming at a professional MNC life? How do you balance your life between the two?

Sagar Jolly: Not exactly, it was basically my dad and my mom who pushed me into music; they were always very supportive for me. They also made sure that I did well academically but they used to send me for regular music practices also. I was the head of our music society in the college, elected as the Vice-President and then the President leading a team of 30 people.

Managing time between my office and music can be really difficult but then I make sure that I don’t have other commitments on the weekends. We, as a band are creating our original tracks so that makes it even tougher for me to manage time. Sometimes it is a challenge, but it is all about prioritising.

ED Team: How was your experience of performing in front of people?

Sagar Jolly: My 1st solo performance was in 7th class, when I played guitar for dad’s friends who came at our place. My hands were shaking on the guitar but the people were quite supportive. Even though I realised later that what I was playing was horribly wrong that day but the crowd’s support did the job for me. As a band member I performed with the school band in an Inter-school competition in which we bagged the 1st prize. ED Team: How will you define Alternative Rock music to a layman? Can you tell us any special characteristic or any quality of Rock music which sets it apart from other genres?

Sagar Jolly: Rock music basically evolved in the ‘50s and the ‘60s which was the Beatles’ era. We have many different genres within rock and alternative rock is the one we relate to the most. It has both heavy and soft elements, parts where a guitar solo might rip your face apart (because it’s so good) and parts where the song touches the surface of a lullaby. It is basically a mix of soft and heavy music. Our music has a lot of elements from punk rock and funk rock so you can easily expect heavy guitar riffs, heart melting guitar solos, aggressive drum and bass playing, and sing-along choruses too.

One special characteristic of alternative rock is that it gives you a very good kick; it starts very low and then takes you quite high.

Check out this video of the band!!

ED Team: What inspired you to take up Alternative Rock music?

Sagar Jolly: Primarily, I started listening to classics like the Beatles, Metallica and Queen and started liking Rock. Alternative Rock on the other hand, has the power to move me. And pretty soon, I realised that this is the thing for me. Then I met Ananya and Kshitij who were also very much into Alternative Rock, so we decided to take up this genre.

ED Team: Who is your favourite artist and how does he inspire you?

Sagar Jolly: The Beatles, Foo Fighters, Arctic Monkeys, Red Hot Chili Peppers are the bands which I listen to and like the most. All of the above bands with a heavy and soft side to them have inspired us a lot. The Beatles helped me shape my music. Be it complex chord and rhythm structures, vocal harmonies or groovy baselines we have inculcated all these in our music.  Personally I feel that an artist truly inspires a person when every song by that artist is like a Christmas present.

ED Team: What are you views on Bollywood music?

Sagar Jolly: Even though mind-sets are now changing, the basic idea of music in India still remains to be Bollywood music. But with more and more new artists coming into the scene, the possibilities of more independent artists being featured in Bollywood movies increases. After all Bollywood is a big industry and a close relationship between musicians and films would only work for the better. Undeniably, it has an international reach. My favourite music directors from Bollywood would be Shanker-Ehsan-Loy and Amit Trivedi. Some music directors in Bollywood add a lot of innovation and experimentation in their songs. ED Team: Is Alternative Rock a common genre that most young Indians listen to?  What is the future of independent music in India according to you?

Sagar Jolly: Yes, Alternative rock has been a pretty popular genre in India, because every alternative act has its own unique sound. The number of bands playing Alternative rock music in the country has been decreasing by the day. We already know how bands like Coldplay, Radiohead, Linkin Park, et al have a huge following in the country. But at the end of the day, if good music is being played then the genre really doesn’t matter.

Independent Music has been struggling for the past 20 years in India, mainly because of a little bit of mismanagement and involvement of many different parties. People can’t really take this up as their careers as it is not sufficient to pay the bills, some alternatives are required for it; a recording studio, teaching job for a musician or maybe some production business or a corporate job. Looking at the brighter side, India has initiatives like Coke Studio, MTV Unplugged that are promoting independent music a lot, a dedicated channel to independent music Pepsi MTV Indies is an initiative by various big partners which really promotes this kind of music. Various festivals like “Great Indian Rock” and the “NH7 weekender” have been platforms where you can discover great indie music.

ED Team: Any feedback on Friendly Fridays and Team ED?

Sagar Jolly: Art in any form should be promoted. Friendly Fridays is a great initiative to help us reach out to a much larger audience. We’d love to invite ED to our upcoming gigs, I’m sure that you guys will go back humming our tunes. And then of course you can cover it online as well. Haha.

So this was Sagar Jolly who apart from being a great musician is a wonderful person too. Coming from a management background he is really passionate about his music which is clearly reflected in his thoughts. We wish him good luck in all his future endeavours.

Check out the following links to know more about the band-

With this we conclude, chapter 2 of Friendly Fridays! We’re building the world’s talent map. Watch out this space every Friday to catch more inspiring people in and around us. See you soon. 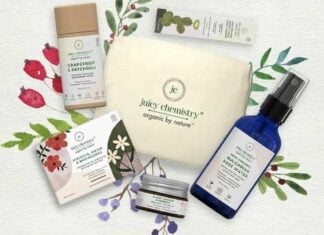