Home Entertainment Four More Shots S2 Made It Look Like We Women Are Full... 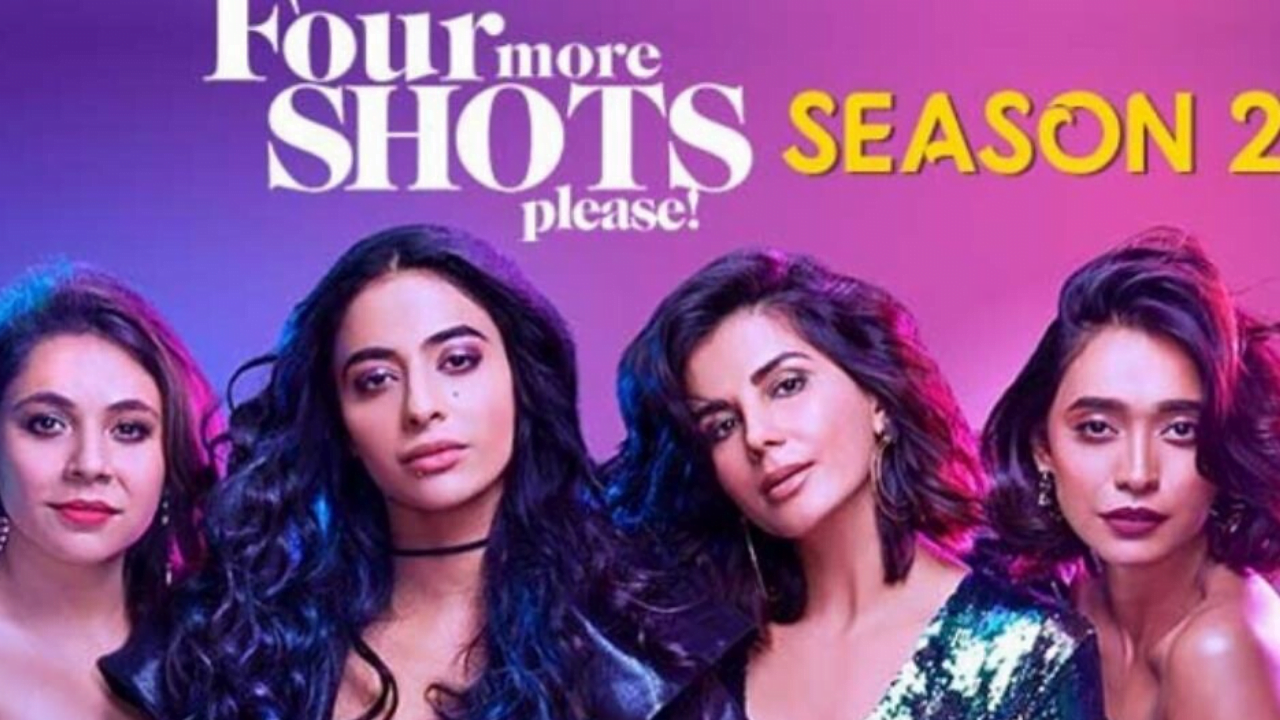 “Deja-Chu” – a mess up that you have done before! The cast and crew of ‘Four More Shots Please!’ are back with a brand new season loaded with an added dosage of emotions, relationships, problems and drama.

Directed by Nupur Asthana and written by Devika Bhagat, the sequel starts where it left off in the previous season – right in the heart of the chaotic lives of Damini, Anjana, Siddhi and Umang.

The viewers will witness a roller coaster journey of their friendship – the one thing that keeps these girls going amidst the misogynistic and chauvinist world that they inhabit.

This season kicks off at a juncture where all four of them have been busy tackling the struggles of their own lives, till Siddhi’s emotional breakdown forces them to hit the resume button to their friendship again after a four-month-long break.

An Indian series focusing on the bonds of friendship and sister-hood developing among four unknown women did come in as a breath of fresh air amidst the popular trend of bromance-dominated friendships that the Indian cine-world seems obsessed with.

However, the second season seems to give off an essence of “water water everywhere, not a drop to drink” – the girls seem to be burdened by too many issues without having any time to acknowledge each other’s presence or the importance of their friendship in their lives.

Keeping in mind the trend of amplifying the problems of the first season in its sequel, the writers seem to have doubled the conflicts faced by the girls in this season – extramarital affair, self-discovery, coming out of the closet, promiscuity vs commitment, accidental pregnancy and the list continues.

While the mantra of this season – ‘Don’t be perfect, Be amazing’ does strike a chord with the audience, the repetitive occurrences of the same mistakes fail to connect with the viewers. The love vs hook-up triangle among Jeh- Damini- Dr. Warsi was one among the many such debacles – they just seemed to add to the confusion rather than taking the plot ahead.

So much for the Deja-Chu then!

Also Read: This Transgender Festival In South India Is The Only Chance They Get To Be Married

The show is haunted by this essence of a constant ‘need for spotlight’ that each character goes through. Which brings me to point out a brilliant solution that this show exhibits to face problems in one’s life – try helping others deal with their struggles and forget your own one in the process!

None of the issues that are faced by each of the girls seem to see any light at the end of the tunnel. Though the show begins with a highly disturbed Siddhi roaming the bridges of Istanbul in a distraught state, the writers pack it up in a hasty fashion to rush them forward for FOUR MORE SHOTS, just to keep up with the title.

But that is just the beginning. By the time one reaches the tenth episode there are two questions you will definitely ask yourself – ‘Why was the show stretched beyond the eighth episode?’ and ‘Can I get some space to breathe before the next problem suddenly jumps at me round the corner?’

There is no denying that a woman has to face multiple problems on a daily basis in this patriarchal world. However, scrambling through them with innumerable other frivolous distractions on the way, seems to express a tone of mockery rather than concern for the existence of such struggles.

The show begins with three of the friends rushing to Istanbul from Mumbai overnight, to help their best friend cope with a troubled phase of life. While one should definitely give the writers their own creative space and pay heed to fiction, the show does have an idealistic tone to it.

It is true that viewers are exposed to a number of problems through this show; one does have to keep in mind that for a majority of women out there, being able to take a decision for themselves is considered to be a big milestone achieved. That being said, of course there is no harm in dreaming!

The fun and frolic displayed through their short trip to Turkey, daily meet-ups and parties at their favorite ‘Truck Bar’ coupled with ample amount of sex in the show, seem to overshadow some of the issues that could have been given more screen timing  – for example, Damini’s book being made a political fiasco or Siddhi’s mental health having been affected after being abandoned by her father.

The larger than life approach thus does seem to interfere with the reality of the situations that they try to portray in the show. After all who wouldn’t want such “deus ex machina” solutions that they have for each other’s problems to fast forward their growing phase and go straight to the ‘enjoying the dividends of your hard work’ phase of life.

If we look at the glass half full though, there are certain aspects of the show that can be celebrated, even if they do seem too ideal. Siddhis’s journey from a shy virgin to a confident woman who accepts herself as she is, Umang understanding her worth being more than the dreams of her partner and them standing by each other no matter what happens is endearing to watch.

The show could have been more impactful given the dialogues and comic elements were more nuanced and witty. However, there is no denying that Siddhi’s stand-up pieces were a delight to watch – watching her does make me wish it was that easy to seek my parent’s approval though!

The show does leave us in the middle of yet another chaos – hope to see that their lives have lesser problems next season and they do get some space to celebrate life with their loved ones instead of making those same mistakes, YET AGAIN. After all the song does go “THIRD TIME’S THE CHARM”!

Till then I guess it’s the viewer’s screaming for – GIVE ME FOUR MORE SHOTS PLEASE!