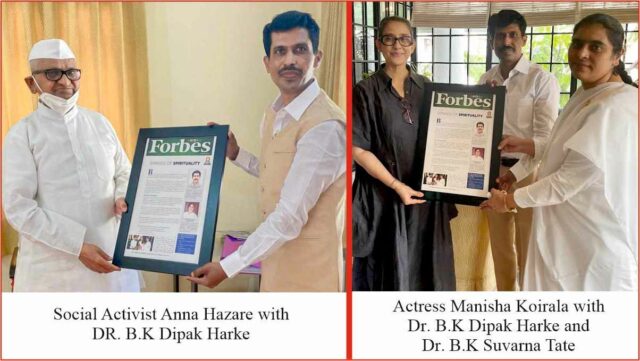 American business magazine, Forbes, is a brand that is 100 years old. Across the world, Forbes is the most popular and reputed magazine that provides original articles related to the topics of finance, industry, investing, and marketing. The Forbes brand was launched in India in the year 2000. And it has achieved the status of being the prominent business magazine in the country in a very small period of time.

The Forbes magazine has brought a new way of thinking in the lives of the people of India. It has become the most influential business magazine in the country.

Dr. BK Suvarna, In-charge, Prajapita Brahmakumari Ishwariya Vishwavidyalaya, Nagthane, is the first Indian woman to set 100 world records. She also set all these world records to spread the word about the ancient Raja Yoga of India.

Reviews Brand Voice - October 21, 2021
The past year and a half have been tumultuous for every sector and the fashion industry remains no exception. However, innovation would be more...