Military service means services by a person or group in the army or any other military service. In most countries, it is up to the individual whether they want to provide services or not.

On the other hand, in some countries, the individual must enlist in the armed forces for some time. It is also known as conscription. Almost every country that uses conscription systems conscripts men, only a few of them conscript women.

India’s strategic position has changed dramatically over the past decade. Conflicts with its chief rival, Pakistan, and now China have brought a rapid modernization in the military.

Since so many changes are happening in the military, should 2-year military training be made compulsory for citizens above 18?

We decided to ask our bloggers, let’s see what they think is better.

MILITARY SERVICE SHOULD BE MADE COMPULSORY

One of the reasons why India should make military training compulsory is its geographical location. As India shares borders with adversaries like China and Pakistan, it needs to be ready for any war-like situation.

As India’s population is increasing rapidly, we have a large population in their late teens. We must recognize that defense services are involved in combat and war activities and serve people in times of internal emergencies and natural disasters. 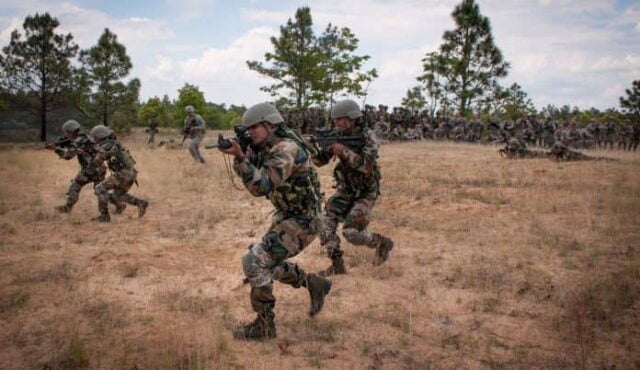 If military training becomes compulsory for women, then they’ll be able to get out of the shackles of society. Training women in physical combat will also help them in self-defense, and in a way, they’ll become more independent.

When there is compulsory military service, then more people are directly involved in the daily affairs of the government. Hence, it makes the government more accountable and responsible. Serving in the armed forces means more than just knowing how to use a gun.

Military life can teach people specific technical skills that they can use throughout their life. When individuals learn how to defend themselves and their country, traits like responsibility, leadership, teamwork, and patriotism get infused in them.

Also Read: FlippED: Is Daydreaming An Indicator Of Creativity Or A Detrimental Distraction?

MILITARY SERVICE SHOULD NOT BE MADE COMPULSORY

On the face of it, young Indians above the age of 18 attending two years of military training seems to be a good proposition—given that it would inculcate values like discipline and patriotism in the budding citizens of the nation. But there are deeper concerns with the idea.

India does not have a shortage of soldiers ready to risk their lives to see that tricolor fly high in the sky. We already see thousands of students applying for the NDA.

What the military does lack, however, is a suite of well-educated officers, particularly in the lower ranks. With such a situation at hand and given the statistics regarding India’s ever-increasing unemployment, compulsory mass employment would not necessarily improve the quality of the defense forces.

Moreover, conscription is more or less forced. Therefore, having thousands of adolescents who have nothing better to do in their lives instead of a few hundred dedicated cadets does not seem to be a lucrative option at all. More than patriotism, it reflects involuntary servitude and slavery.

In addition to that, the cost-benefit ratio also seems way off the desired levels. Having a conscription army would rarely help in today’s modern warfare mechanisms.

These militias would again have to undergo required training before actually being able to join the battlefield due to the rapidly changing nature of war in the present day.

Economically, it is a rational idea for the poor, disadvantaged, and women. If we see it culturally, it encourages the idea of patriotism and nationalism but the adolescent age is also a very precarious one.

Hence, forcing something onto these young adults would jeopardize the standards of the Indian military and would also be a disservice to the burgeoning careers of these kids.