Nepotism and Bollywood go hand-in-hand. People had somehow digested this fact till now but post the untimely demise of Sushant Singh Rajput, their anger is being vented out on those who have had the privilege of nepotism.

The backlash is real, and the nepotism kids are bearing the brunt on various social media platforms. But is this attack of words justified?

I believe that the spark of outrage which got ignited post the untimely and hugely distressing demise of Sushant Singh Rajput had a viable reason and it needs to be dealt with wisely.

The core definition of nepotism doesn’t exist in the fact that someone is born in a privileged environment, rather in the ugly manner in which favouritism steals the dreams of outsiders.

Actions And The Reactions

For instance, people might not be raged with the passing of opportunities from actor Anil Kapoor to his eldest daughter Sonam Kapoor Ahuja but, they have been naturally offended by Sonam’s theory of Karma.

When she boasts of having born with a silver spoon as her Karma, she belittles all those achievers who were born amidst lack of resources but gained everything out of their sheer hard work and talent. 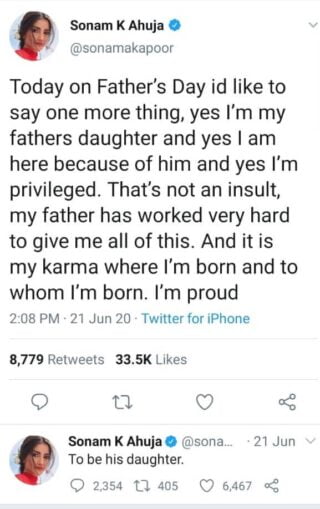 Consequently, when the so-called star kid gets replies, she starts playing the victim card of being targeted.

I condemn the cyber-bullying and believe there must be a boundary between showing disagreement, and disappointment and abusing someone. At the same time, I believe that everyone should be more sensible with their words in the first place so that they don’t hurt anyone’s sentiments.

People may accept that actress Ananya Pandey is having connections in the film industry because of her actor father, but they cannot adjust the cries of the newly debuted actress over her struggles.

Don’t actors who come from small towns to an unknown city with absolutely no connection, but hope to carve a niche for themselves have more realistic stories of struggles?

The sensibility would be in supporting the viewpoint of the public regarding equal opportunities in the film industry for both, insiders and outsiders, and supporting those who don’t have Godfathers backing them by making films for them.

If the privileged film industry kids start taking stands for the real causes, I am quite sure the backlash would turn into appreciation in no time.

Also Read: FlippED: Should Marijuana Be Legalized In India? Our Bloggers Argue

I believe that, while the outrage against nepotism is right, one shouldn’t target and cyberbully star kids.

The demise of Sushant Singh Rajput sent a shockwave across the country. No one could understand the reason behind the suicide of a successful, kind, and charming human, the person who was an inspiration for many.

People wanted answers, and they got it- whether they were right or wrong, nobody knows.

Nepotism- The Reason Behind SSR’s Death?

In comes Kangana Ranaut, who targeted all the nepotism flag bearers of the industry, especially Karan Johar.

Now, it isn’t a hidden fact that Karan Johar is one of the most active personalities who promote nepotism. He has launched several star kids under the banner of Dharma Productions, which is still a dream for many.

Videos of star kids not recognizing Sushant, making fun of him, and his interviews started doing rounds. People saw how he had been treated, and the outrage began.

Star kids were abused left and right. Taimur, who can’t even speak properly was abused and showered with curses.

Sonam Kapoor shared some of the hate messages she received. 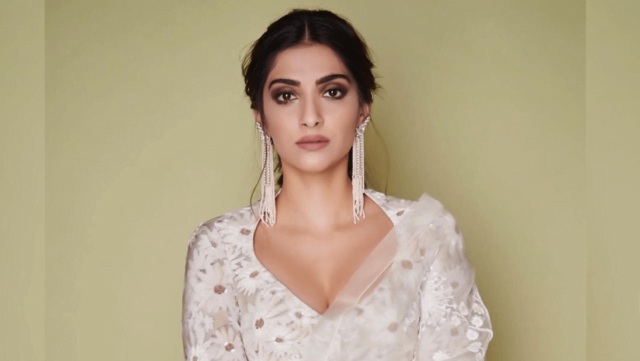 “You are the worst kind of human alive.”

“dumb bitch. wish u had died instead of him.”

The things were so bad, that the actress had to turn off the comments section of her 64-year parents too.

Almost everyone agrees that Sonam Kapoor isn’t the most talented actress out there. I’d even go to the length of saying that she shouldn’t even be an actress. But, abusing her isn’t the answer.

What Can We Do To Eradicate Nepotism?

I also saw various posts glorifying talented actors like Nawazuddin Siddiqui, Rajkumar Rao, and various others. Well, they deserve it. But what they deserve more, is real action. Instead of praising them on social media, we could go and watch their movies instead, hence, turning these underrated actors to the mainstream. 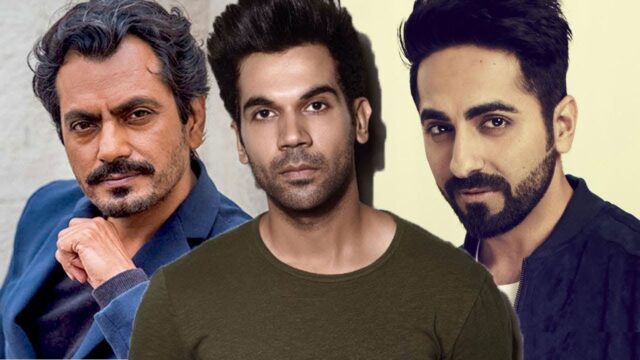 The opposite applies to the star kids. Just don’t watch their movies. Why does Salman Khan give two hits a year?

Because people watch his movies, and that too in large numbers.

We can cut the fuel that runs nepotism and that would inevitably result at the end of it, once and for all.

But I’m pretty sure, all those hate messages, cyberbullying will only increase the star kids’ popularity, continuing the cycle.

FlippED: Should You Buy Chinese Smartphones In The Current Scenario? 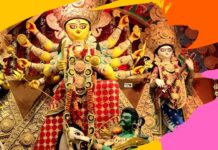 Reviews Brand Voice - September 27, 2022
September 27: For years, women of Indian descent have struggled to find a skincare plan that works for their unique skin type. But now,...