After a long hard day at school, college, or even work, one often finds themselves seeking some peace by catching up to their favorite shows and movies. While in the early days we got to see only one episode a week as it aired on prime time television, the concept of binge-watching has changed the entire game.

Over the years, binge-watching has become a popular trend among millennials and Gen Z. So what is binge-watching? Binge-watching or marathon viewing is a practice of watching several episodes of a TV program in succession in one sitting as opposed to the one-episode-a-week concept.

Binge-watching has its pros and cons but has more often been looked at in a negative light. Let’s see what our bloggers have to say about it.

Binge-watching is a very popular practice among people and has also managed to make its way to be counted as a legitimate hobby. The practice subsumes you into the series/movies that you’re watching, offering a completely different experience of watching TV.

Especially due to the arrival of online streaming platforms, binge-watching is not a new phenomenon to many. According to a study conducted in 2020, 63% of the urban population regularly indulges in binge-watching, and the trend has been on a rising curve since 2013. 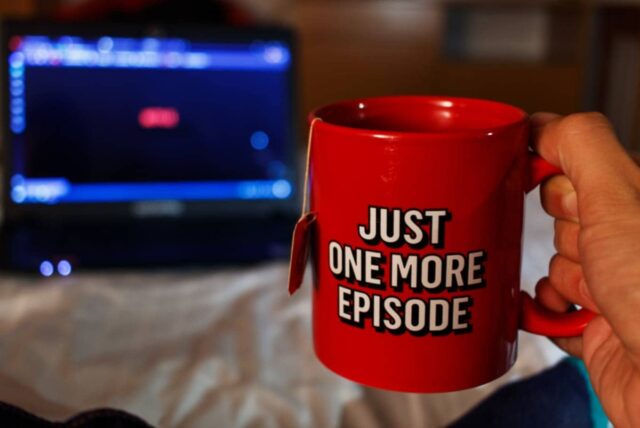 I personally look forward to getting home and binge on my favorite shows, and this practice has especially helped me get through the pandemic. I don’t think it is as harmful to health as is the practice of binge-eating and drinking but has often been portrayed in a negative manner by adults.

It has been seen that binge-watching has been a very useful practice for stress relief. According to psychiatrists, binge-watching helps in the release of dopamine in the body, which stimulates a reaction of relaxation and enjoyment.

Binge-watching helps by acting as a barrier against stressful thoughts and has been seen to put people in a good mood much faster. Modern-day living has a tendency to put one in very stressful situations and after a hard day, one often resorts to binge-watching, be it consciously or otherwise.

Binge-watching also helps purport a sense of control and power over life (as is commonly opposed) as it has been seen that certain people get a feeling of great satisfaction after completing their shows and being able to go on with their life normally.

Binge-watching is said to have also increased the attention span for several viewers over the years, as shows typically made for binge-watching are quite sophisticated and complex.

The term “Netflix and chill” has taken different meanings through the years but the base message remains the same – watching shows together helps strengthen relationships. In fact, binge-watching with partners is among the first things that people with troublesome relationships try as it creates a shared interest, and also helps as conversation starters. 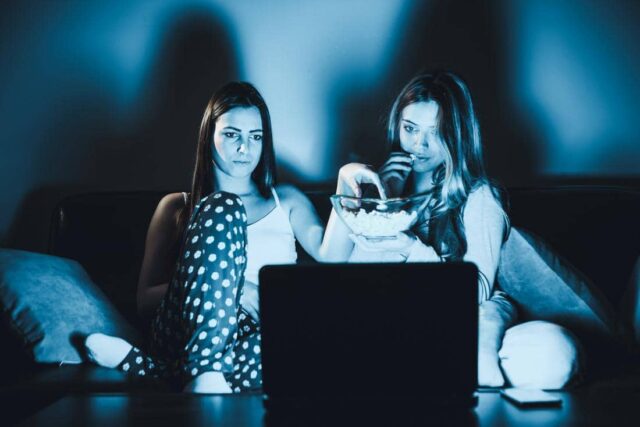 Binge-watching helps people relate more to the characters of the narrative which might help in understanding other people. It helps create a shared ground of interest while having conversations, as the world has become quite obsessed with popular culture today.

Also Read: Netflix Is Rolling Out A Non-Subscription Service In India To Let You Binge As Much As You Can

It clearly is a cheaper mode of entertainment and has served to be quite helpful for the past 1.5 years with the pandemic. Can you imagine surviving the lockdown without resorting to a binge-marathon of Money Heist?

With all the content that is continuously being churned out onto streaming platforms, there is no denying that binge-watching has grown to become the norm among all age groups. These days, who doesn’t devote a considerable amount of their time to catching up on their favorite TV shows?

But with this new habit comes some serious repercussions. In my opinion, the cons of binge-watching outweigh the pros.

Many research studies have proven that binge-watching causes drastic changes to one’s lifestyle, especially for those who indulge in this activity excessively. One of the main reasons it affects your well-being is because it interferes with your sleep cycle. 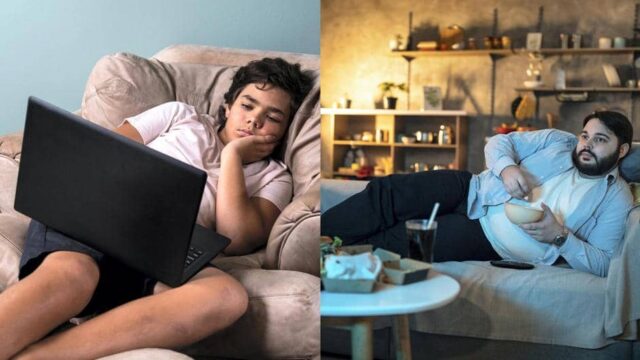 Due to the fact that binge-watching can become so addictive, you tend to lose all sense of time. One episode leads to another and before you know it, it’s 4 A.M. and you haven’t slept a wink. This leads to a constant feeling of sleep deprivation, which ultimately affects your productivity the next day.

Binge-watching and binge-eating often go hand-in-hand. And it is safe to assume that the snacks one consumes during these sessions are generally junk food. So without realizing, this excessive snacking can increase one’s chances of becoming obese.

The Health Hazards Caused By Binge-Watching

Your marathon sessions on TV are no compensation for the lack of physical activity during your day. Binge-watching is similar to prolonged sedentary behavior. The lack of exercise due to the addictiveness of this activity can lead to many health complications.

It can increase your chances of suffering from heart or lung problems as you are at a greater risk of developing conditions such as deep-vein thrombosis or a blood clot in the leg. 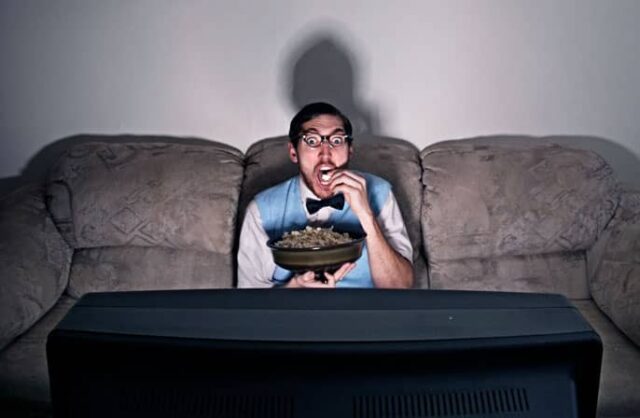 Your mental health can get severely affected as well. More often than not, those who binge-watch suffer from stress, anxiety, and depression.

The feeling of wanting to know what happens next in the show can cause viewers to grow increasingly more anxious. And besides this, people also feel a kind of emptiness when the show gets over which can cause depression.

Although it has its benefits, no activity that causes serious damage to your health and well-being is worth indulging in excessively. Binge-watching should be done in moderation keeping in mind all the potential threats it poses to your body!