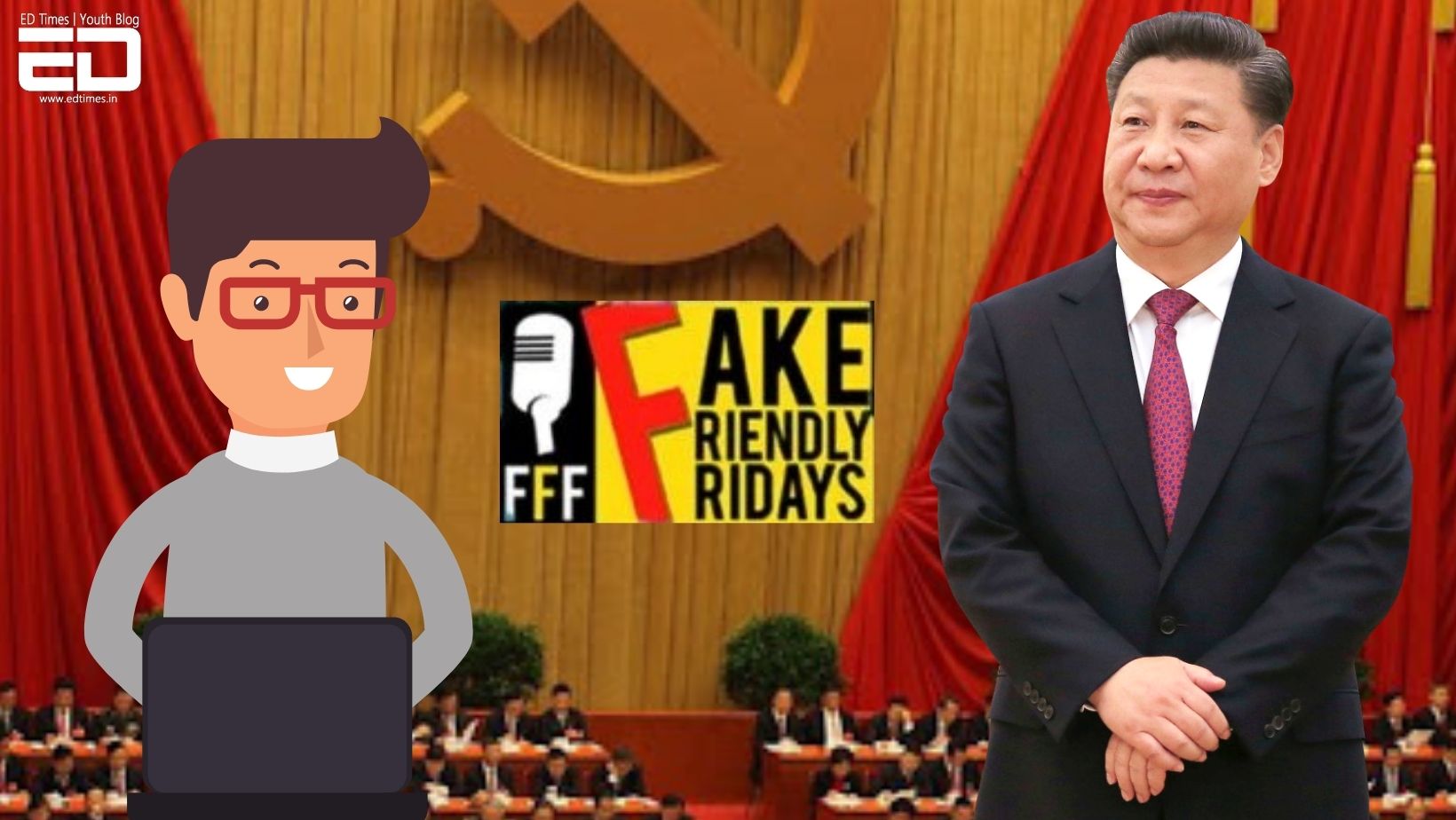 ED Times: Hey, everyone! Welcome to another episode of Fake Friendly Fridays, where we interview anyone and everyone that you can think of and that is not an overstatement. Honestly so because under normal circumstances we would not have been able to land our special guest today.

Hide your social media, hide your citizenship cards and if you are a Uighur Muslim, hide yourself, for today we are graced with the presence of the Supreme Leader of China. The man whose daily routine mostly consists of being the pesky neighbour who hates anything that goes beyond traditional gender roles; give it up for the President of the People’s Republic of China and the Chairman of the Chinese Communist Party, Xi Jinping! 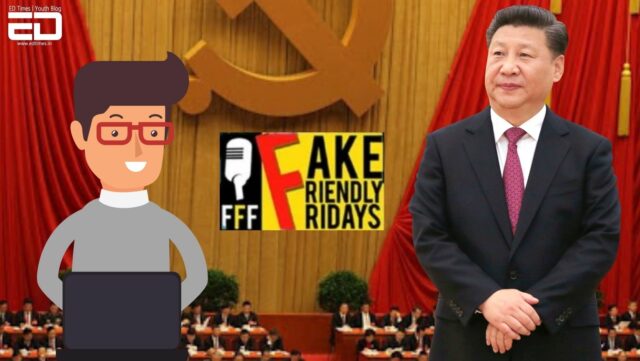 A smoke grenade is thrown into the room and it covers the entire room in all-engulfing smoke. Amidst the smoke, the clobbering echoes of footfalls could be heard, as a silhouette of a 5’9 figure walked in alongside three military personnel.

Xi Jinping: Don’t worry, it’s all been taken care of. I hope you do not mind if my security personnel stay during the interview?

ED Times: Absolutely not, it’s alright. I don’t want to be a part of your concentration camp either (nervous chuckles) 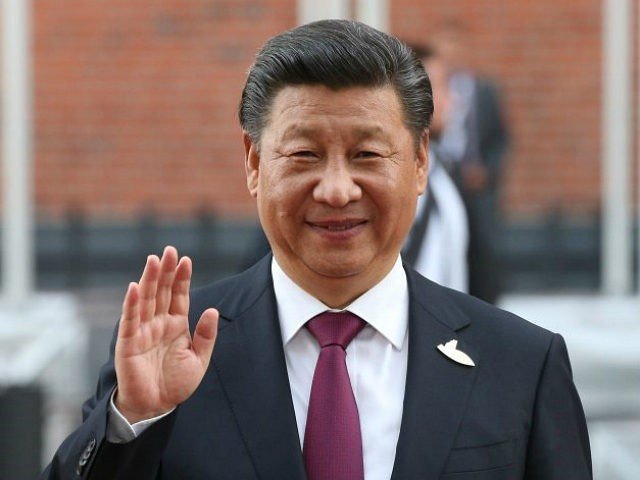 Xi Jinping laughs it off

ED Times: So, ladies and gentlemen, this is Xi Jinping. So, Mr. Jinping, before we cut right to the chase, I learnt very recently that you were bullied in school for the very (not) funny surname of yours. What did they say to you?

Xi Jinping: They would say all kinds of ludicrous things about how my name reminded them of a ping pong ball. They said stuff like, “Xi, can you even hold a bat?” or “Xi, you should have been a part of the Chinese team because of your name.” Stuff like that. Do you know where they are now?

ED Times (nervous): I can guess.

Xi Jinping: Oh no, you can’t because they never existed just like Uighurs and concentration camps don’t exist.

Also Read: How The Chinese Government Is Telling Its People To Be Less Mad About Brands And Bling?

ED Times: Yes, of course. So, recent developments have emerged that China, specifically Beijing, will be hosting the Winter Olympics in 2022. How are the preparations coming along? 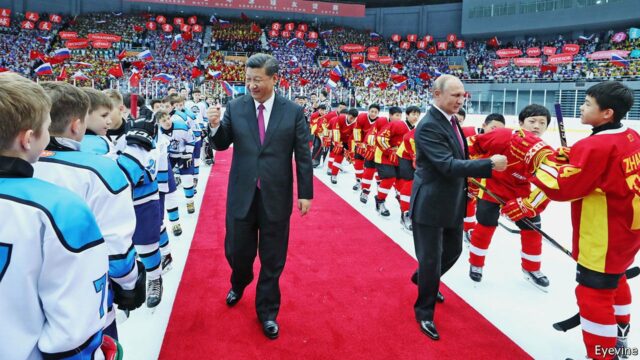 Xi Jinping: They are coming along pretty well actually. We have dignitaries from a lot of countries coming in and talking to us about how they expect this year’s to be the best Olympics in forever. We have quite a few sports lined up and this time around we have numerous causes for celebration.

For one, we will be the first country to hold both the Summer and Winter Olympics, and also, this time around the Olympics will be coinciding with the Chinese New Year as well. I have already decided what I am going to wear.

ED Times: I can tell that you are excited. However, very recently, there have been talks of countries such as the United Kingdom and the United States of America conducting a diplomatic boycott of the Olympics. Have you initiated any conversation with them?

Xi Jinping: Conversation? Who? Me?

They should be initiating a conversation with me. Bro, I supply them with cheap labour. They boycott my Olympics, I declare human rights violations on them. Their sweatshops are a cesspool for exploitation. They exist because I let them.

ED Times: You do realize that their call is fairly similar? They just want you to acknowledge the plight of the Uighurs and the Kyrgyz, alongside, the human rights violations conducted against Hong Kong’s people. That would make your job easier, you know?

Xi Jinping (smirks): Of course, it would. But, here’s the thing, China is a country for the Chinese and no Chinese person has been affected adversely by my government. 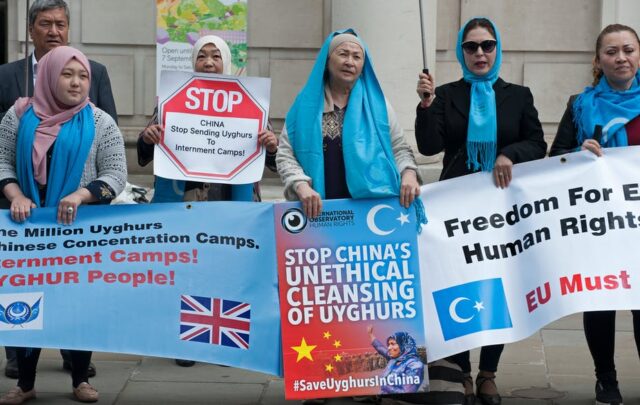 ED Times: What about the Uighurs? You surely have seen the videos that have emerged?

Xi Jinping: You speak in a strange language, my friend. I have never heard of them.

ED Times: You have to be kidding. It’s out there for everyone to see.

Xi Jinping: Nope, sorry, can’t say I recall. Now, if you will excuse me, I will have to get going. Biden called and he is threatening us with some stupid embargo once again.

Xi Jinping shifts in the chair 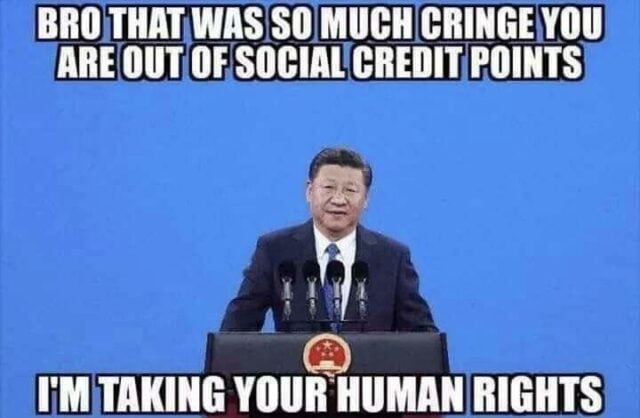 ED Times: I am not even a Chinese citizen.

The military personnel grab the interviewer by his hands and pick him up.

ED Times: HEY! YOU CAN’T DO THIS! THIS IS WRONG! I AM NOT EVEN CHINESE! CHINA IS THE BEST! LET ME GO!

As the interviewer’s voice trails off in the distance, Xi Jinping takes a bow and exits along with him.

We still don’t know how the interviewer is so if you are reading this, Mr. Jinping, China is the best. Please let him go.

Fake Friendly Fridays: In Conversation With Maya Sarabhai About Her Class Consciousness