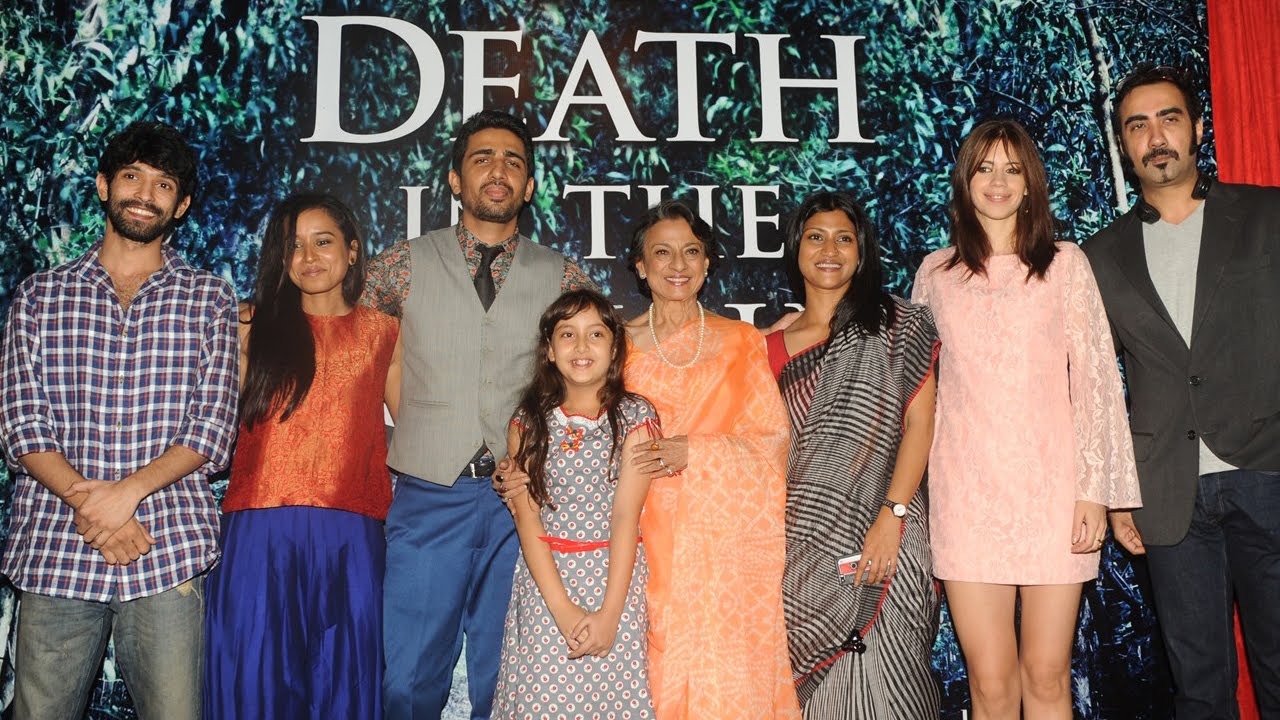 A Death In The Gunj by Konkona Sen Sharma releases today.

I watched it back in April at a screening, and the film has stayed with me till now, and will always do. Recommending you all to watch it, and re-posting my thoughts that I had written back then.

It’s amusing to find how a writer/director can explore so widely on inter-personal relationships like done by Konkona Sensharma in her directorial debut A Death in the Gunj!

The beauty of this film is that I personally fail to categorize it under a genre. Making room for everything, within some 100 minutes, A Death in the Gunj leaves you wanting for more.

Evidently, Konkona’s adventures on various film sets as an actor gave her an extra room for understanding characterizations of this huge ensemble, where every character in itself is a story.

Actors like Late Sh. Om Puri Sahab, Kalki Koechlin, Gulshan Devaiah, Jim Sarbh & Tillotama Shome bought these certain nuances to their roles, that made me believe that casting was top notch, via Konkona’s vision & Honey Trehan’s expertise, who also happens to be the Producer of this marvelous setting.

Actors who stood out the most were Ranvir Shorey & protagonist Vikrant Massey. Ranvir, who is closest being the villain figure makes you want to hate him, which is where he as an actor shines.

His versatility from film likes Titli to Khosla Ka Ghosla to now A Death in the Gunj, trust me you’ll fall in love with him a little more.

The star of this film, totally opposite to what his character Shuttu was is Vikrant Massey. Sitting amidst the audience of over 1000, everyone could still feel the pain of what Shuttu is going through. At times you relate to him, and on others you pity him – but at most you want to go and sit with him, sharing his insecurities and his woes.

You feel protective of him and I am sure somewhere everyone can relate to him, at some level or the other. Vikrant’s performance in the climax, where actually the death in this gunj occurs, happens to be one of the most well acted out scenes in the recent times on any film.

Apart from these stellar performances, and Konkona’s direction – one can’t stop but admire Sirsha Ray’s work behind the camera and top notch work by film’s production designer.

Every frame was a treat to watch, so much so that I found myself sitting there with all of them in that room of McCluskiegunj in Bihar. The way this film transports the viewer back to time and setting – is sheer beauty.

Also, thanks to Honey Trehan & Abhishek Chaubey for facilitating a film like this. Attaching this with Rajeev Masand’s  beautiful & warm interview with Konkona and Vikrant:

Please go watch. In cinemas now. This is one of the best films I have watched in the last one-one and half years!

Iresh Gupta works as an Assistant Director in the Indian Film Industry.