E-Talk: The Commerce Society Of Hans Raj College Outdoes Itself I found this to be an inspiring spectacle for the students sitting in the audience. The diversity in the panel enriched the event with different perspectives.

Mr. Vaish highlighted how the start-up culture has evolved in our nation throughout the years. Earlier the start-ups having the same idea as the present start-ups struggled to even break-even or survive in the market whereas the start-ups now are minting money.

Thus, emphasizing importance of an environment for a company.

Mr. Umang Kumar stated, “A start-up should solve a problem while making money in the process”, when a student inquired about how Indian companies are copying the West. As his words died out, applause filled the crowded auditorium. Further he asked us not to wait for anyone to come and solve our problems.

Mr. Rohit Chawla explained how difficult it was for him to start his own company. Neither his friends were adventurous enough to start a new venture nor did he have many contacts in India as he worked abroad before it. Despite that, he ended up establishing two renowned start-ups in its community. The discussion was carried out on several issues such as:
• funding of start-ups
• competition
• failures
• marketing
• The decision between starting a company and pursuing further studies

The talk was informative and productive for the budding entrepreneurs.

The panel discussion enlightened the audience as to why they should or shouldn’t do something similar which could also be stated in an answer given by Mr. Kumar when a student asked, “How to go about failures?”
“Success is going from failure to failure without the loss of enthusiasm.”

So, if you think your idea is the real deal and you have the necessary conviction to
achieve it, you should get going.

ED is proud to be their Blog Partners. 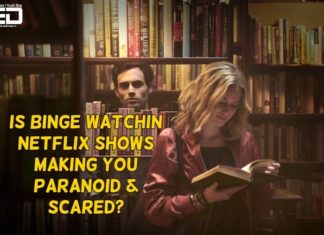