Three years ago, I stepped out of the safe haven of my school, holding a badge that read 94% in its carved gold.

I was the star kid of the family. I knew this was my first mark on the face of the earth and so things took a turn. I was suddenly important.

I was approached for every intricate issue that required my ‘expertise’ and so I became the ‘Sharmaji Ki Ladki’ that millennials hated.

Life happened to be just right because I won’t lie, I enjoyed the four house stretched stardom.

But you know, in India, when we score good grades, we don’t get gifts; we get our individual baggage of science that’s stuffed with a general crash course package of Allen and Aakash.

Unlike any other dramatic Bollywood movie, my parents never forced me into science and thereafter medical. I’d take the blame on me. At the age of 10, I used to proudly babble of becoming a doctor someday, simply because that made me look more intelligent and mature.

As I grew up, my idea of the future changed on a monthly basis. On some days I wanted to be a ‘Hannah Montana’, escaping my way out with a wig because maybe I knew Islam wouldn’t accept me If I would be me. Sometimes I wanted to join CID because Sony TV wouldn’t broadcast anything else.

My parents believed me when I said I’d be a doctor, but somehow, just like you did, they thought the rest of it was a joke. But the 12-year-old me didn’t quite think so.

It was a paradox; I was ambitious but aimless

Jumping to the 17-year-old me, I had one step outside my school and the other inside Aakash Institute, it was all planned. I’d mug up the NCERTs, practice the modules daily and give tests weekly. One chapter a day and the MCQs thereafter, I was sure I’d crack it.

My personal reasons to pursue medical, if you’d ask me, were pretty clear: I loved biology and doctors are filthy rich.

I was ambitious enough, I had my blueprint ready. A flowchart with MBBS, MD, practice and a chain of hospitals (from bottom to top) hung on the walls of my room and I stared at it every day. I convinced myself that I’ve outgrown the paradox; I was ambitious and I had an aim.

The classrooms of my coaching centre were not divided into separate rows of girls and boys; it was divided into freshmen, straight out of schools and people who’ve been taking year drops on a loop to crack NEET.

Even the seats had sections; enthusiastic pre-meds right in front, students forced into medical right at the back and well, couples.

I was ardent and my mind had a slogan on repeat- “NO FRIENDSHIPS AND NO RELATIONSHIPS”.

I knew I was smart enough to crack it but the voices in the classroom indicated there were at least 50 more students who could.

I used to come back home from crappy days and find my parents at home, telling me that a student like me was meant to be a doctor.

On days when I couldn’t handle the stress, I held the hands of poetry. Week after week, my test grades remained at an all-time low. It became an extension of my identity and so did the tag of a ‘loser’.

But this wasn’t the plan, right? It was not supposed to go like that.

Every time I knew I had an answer, ten people with more accurate answers would speak over me.

I realized after a certain point that competing was in itself a stupid idea. There were people preparing for four years, with double the knowledge and quadruple the speed that I had.

I had drowned myself in questions. There were question marks all over- my identity, my capabilities, my knowledge, my intelligence. I wasn’t the ‘Sharma Ji ki Beti’ anymore and it sucked.

Related: Sometimes I Think To Write LOL At The End Of Every Entrance Exam

The self-loathing went straight for two years. When I say two years, I’m assuming you are smart enough to guess that I didn’t crack it in my first year. But then again, you knew I wouldn’t, when you came halfway through the article. Didn’t you?

But things changed in my second year. If you were expecting me to tell you that my rank popped up, you’ve joined the list of the people that I’ve disappointed.

Instead, the change was that things got worse. My school friends who started their journey with me ended up in their desired colleges and dream cities. There were Instagram stories of booze, party and vacations. Apparently, everybody had a life.

But something changed right after the results were out. I was no more adamant. I knew money could not possibly be the reason for me to stick through anymore and every pre-med knew their biology too well.

There were deep dark rooms and a corner I would crawl up to. There were days when I didn’t want to wake up because sleeping was a better escape.

On some days, I had panic attacks because my hands refused to move. I was reminded, time and again, to hold on to hope but two years had become an endless cycle of lost wars. I knew I wasn’t giving up; I was treading on, to a place I belonged. 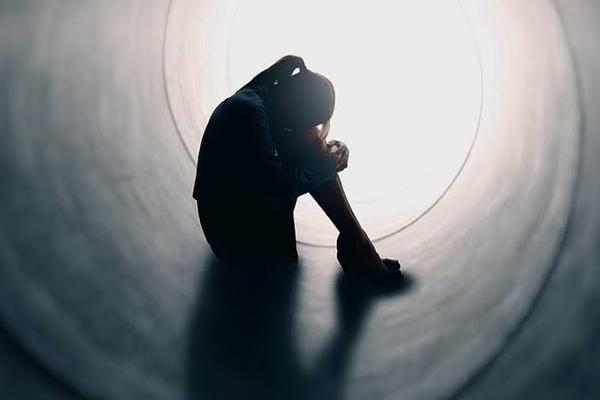 Three years later, I’m writing this article so you know the poetry I wrote, did not go in vain.

If you think that I’m living a Bollywood life- two years of depression and then liberation, I’m not. I still question myself. I’m insecure about my position in life. I’m not sure if things would go as planned.

But now, I don’t have to convince myself to believe that the paradox doesn’t exist, because I know it doesn’t. I am ambitious and I have an aim.