Home Social Opinions Daughter Of Pharmacist Killed By Terrorists In Kashmir Challenges Them To ‘Come... 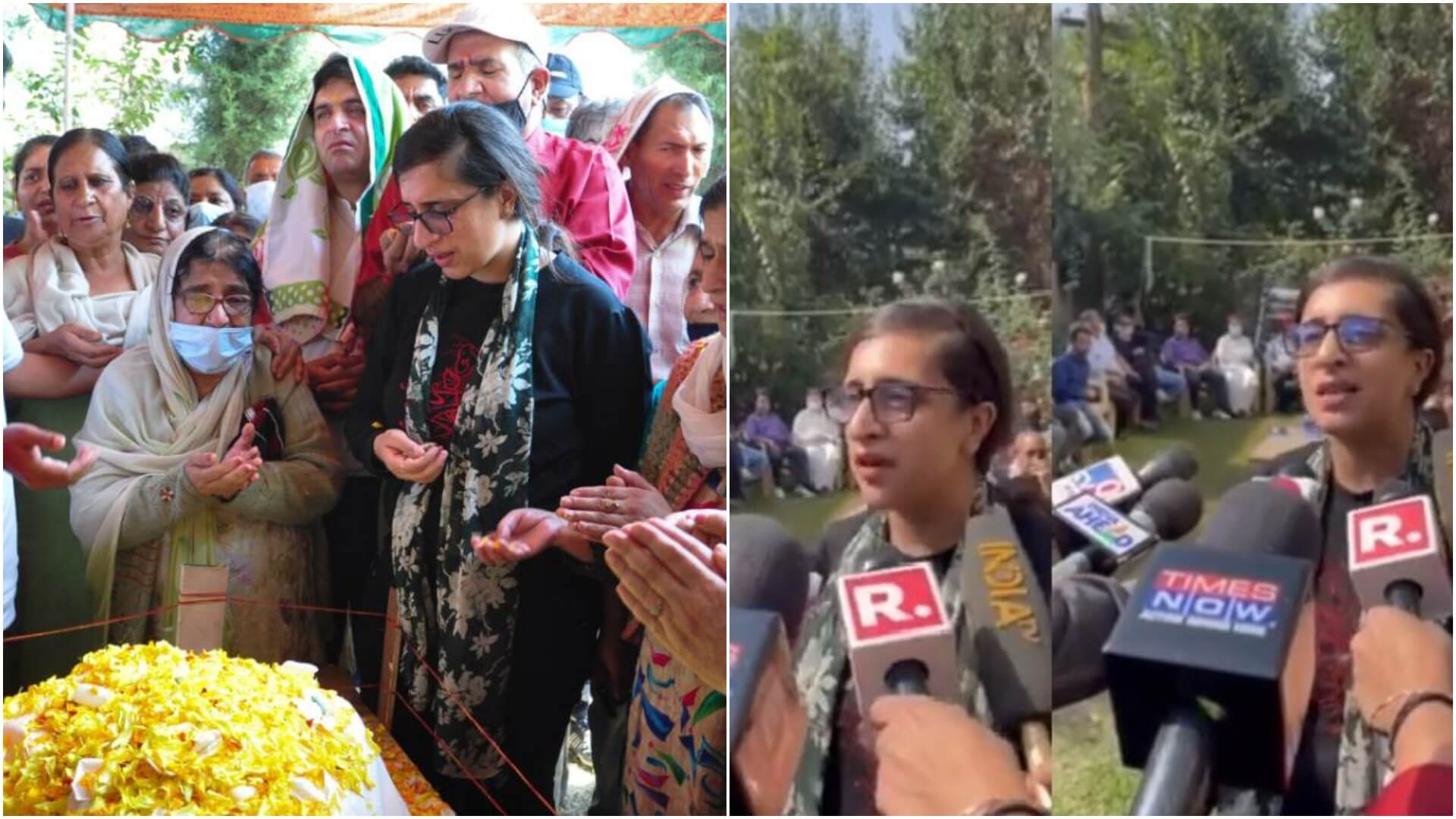 Right now, media is abuzz with the recent killings of three civilians in Kashmir by suspected terrorists or militants on three separate occasions. This has certainly created fear and tension among the citizens and the valley has even been put on high alert as per sources.

On Tuesday three civilians of Kashmir were killed, with the first being that of a prominent business owner and pharmacist Makhan Lal Bindroo, who was shot in the Iqbal Park area of Srinagar that is near his shop.

He was reportedly shot at around 7 pm, although he was taken to a hospital pretty quickly, he could not survive.

The second one was the shooting at around 8 pm of a roadside vendor called Virender Paswan who had moved from Bhagalpur in Bihar, while the third killing happened in the Shahgund area of Bandipora where terrorists shot a man called Mohd Shafi Lone apparently the president of a local taxi stand.

Regarding Dr. Bindroo the police said that “Srinagar Police received information about a terror crime incident near Iqbal Park Sherghari area of Srinagar. Officers attending the terror crime spot learnt that the owner of Bindroo Medicate namely Makhan Lal Bindroo was shot at by the terrorists near his shop at Iqbal Park. He received grievous gunshot injuries in this terror incident and was immediately evacuated to a nearby hospital, however, he succumbed to his injuries.”

J&K Police further commented on all the killings stating, ”Police have registered cases regarding these terror crime incidents. An investigation is in progress and officers continue to work to establish the full circumstances of these terror crimes. The respective areas have been cordoned and search in these areas is going on.”

The death of ML Bindroo is getting much more attention right now considering he was one of the few Kashmiri Pandits still residing in Jammu and Kashmir even after the militancy takeover in 1990.

He owned a pretty well-known pharmacy called Bindroo Medicate. Reports state that he was shot at point-blank range while inside of his shop but the police as of yet have not identified the killers.

Several political leaders of Jammu and Kashmir have condemned the attacks, especially the killing of ML Bindroo.

In the midst of all this, his daughter Dr. Shraddha Bindroo has spoken out against the killers and challenged them to a debate if they have the guts. Speaking to the media she stated that even though her father’s body was no longer alive, his spirit would always stay alive no matter what.

In a now viral video, she is seen addressing the media.

“My father Makhan Lal Bindroo a Kashmiri Pandit will never die. You can just kill the body and he will be alive in the spirit,” says Dr Shraddha Bindroo. #srinagar #Kashmir pic.twitter.com/Ai938ty2wP

Read More: What Has Changed After One Year Of Article 370 Revocation In Kashmir

She spoke about her father’s journey and how his hard work has allowed his family to reach heights. Shraddha said, “I am an associate professor. I started from zero; my father started from a bicycle, my brother is a famous diabetologist, my mother sits in the shop — that is what Makhan Lal Bindroo made us. A Kashmiri Pandit, he will never die. Despite being a Hindu, I have read the Quran. The Quran says you may kill the body, the spirit lives on. Bindroo will remain alive in spirit.”

Shraddha even outright challenged the culprits to come out and meet her face to face for a debate. She spoke about how these people can fire guns from behind and in the hiding, but once put in the spotlight they would get all scared and get quiet. 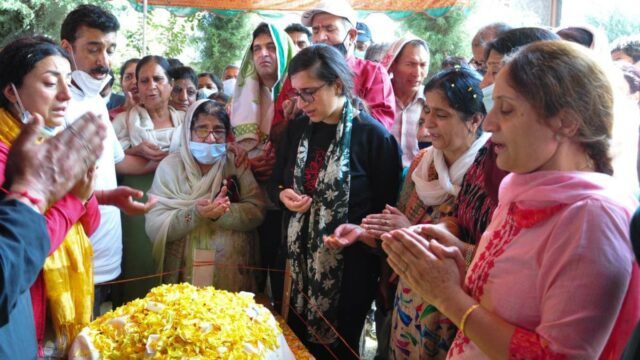 “You can kill one person, but you can’t kill the spirit of Makhan Lal. Whoever shot dead my father, come in front of me. My father gave me education, while politicians gave you guns and stones. You want to fight with guns and stones? That is cowardice. All politicians are using you, come and fight with education,” she spoke out.

Fiercely she added, “Mister, who shot my father dead while he was working, if you have the guts and courage, come and have a face-to-face debate with us. Then we will see what you are. You won’t be able to utter a word. All you can do is throw stones, and shoot bullets from behind.”

She also said that “He is a Kashmiri Pandit, he will never die. You can just kill the body. Makhan Lal Bindroo will be alive in the spirit.”

Shraddha also said, “I don’t have a single tear in my eyes because he was a fighter, he died like a fighter. He always said, “I will die with my shoes on.”

Entertainment Natasha Lyons - October 26, 2021
‘Kota Factory,’ created by Saurabh Khanna and Arunabh Kumar, is one of India’s most popular web series that is streaming right now. Apart from...