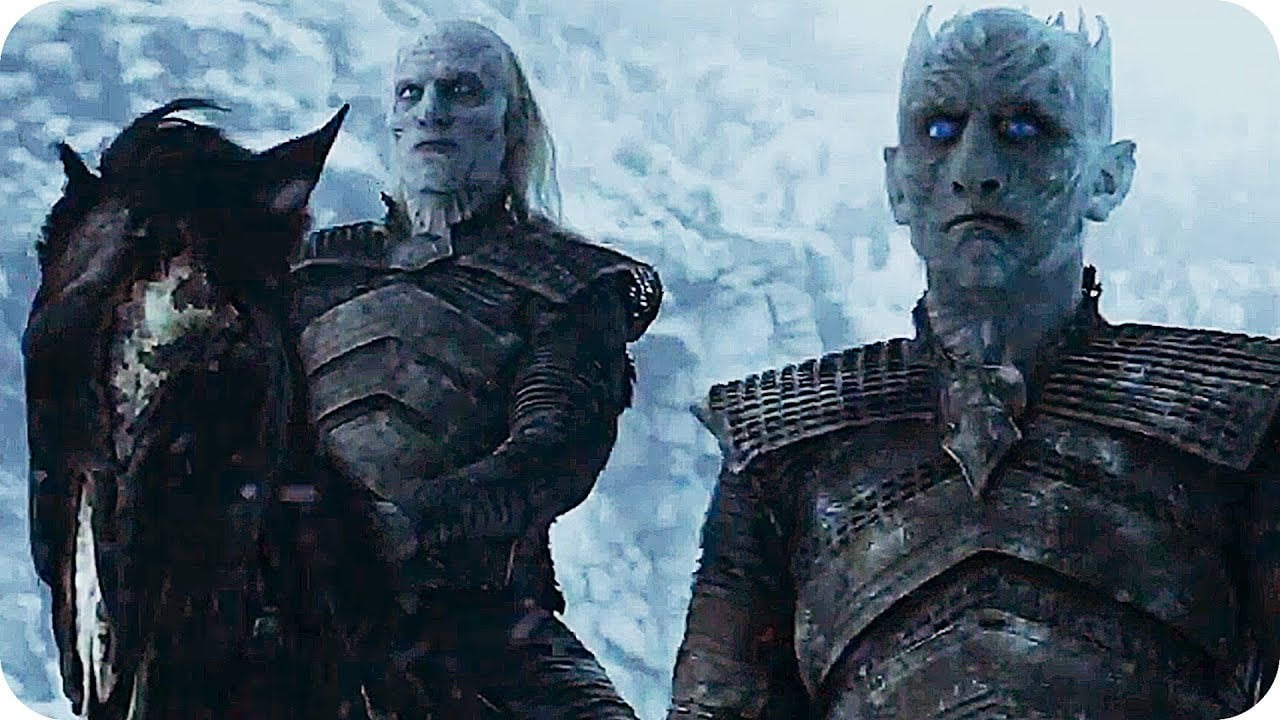 Caution: NOT A SPOILER FREE ZONE.

Read last week’s segment here: Did You Catch The Craziest Scene Of The Week In GOT Season 7 Episode 5?

Now lets just quickly come to Episode 6, shall we?

Episode 6 was like part 1 to a 2 part finale and just like other seasons, this penultimate episode of Season 7 didn’t disappoint at all!

Right from fighting a dead bear to the wights, the shots were so good. The child in me was in awe! And hey, team Suicide Squad is still breathing, they survived the little battle against the dead! However, in retrospect what good was this Suicide Squad mission?

They did manage to capture a wight but at what expense? That too for Cersei? Talk about playing the game of thrones well!

I was like ‘NO-NO-NO’ during all the Winterfell shots. Why are the Stark sisters falling out, just why? Haven’t the Starks seen enough?

Baelish is up to some sneaky business and Sansa is conspiring against her own sister? And what was up with Arya? Why was she being an insecure little kid, just jealous of her pretty sister!

This plot is driving me crazy if anything, Baelish being dead should be the result of it.

You Had One Job, Tyrion

Tyrion is not being a good Hand to the Queen! The differences between Daenerys and Tyrion are quite evident.

Why are they showing Tyrion in a bad light? Had Danny listened to him, team Suicide Squad would have been dead by now. Although, we did get a dose of that Tyrion wisdom in the episode: “fear makes their power brittle because everyone beneath them wants to see them dead”, in that little chit-chat session with the Dragon Queen.

Danny To The Rescue

The moment The Hound threw a snowball at a wight, I knew something was up. His carefree attitude would have resulted in the squad’s death, for real.

But hey, Danny decided to visit North against Tyrion’s advice! Talk about the sixth sense, you guys!

Mother Of 3 Dragons No More

Danny visited the North and saved the boys but lost one of the dragons! Damn. This was the craziest plot of the week! Viserion is dead, Danny is no more the mother of 3 dragons!

This also fails the theory that the 3 dragons are for one secret Targareyn each.

On top of it, Viserion has turned into an ice dragon! WHAT-WHAT-WHAT? The army of the dead is going to be powerful now. The ultimate battle between ice and fire would be worth watching! Be ready to see Viserion fight from the side of the dead in the next episode! *sob-sob*

Episode 6 saw Uncle Benjen’s return, only to save ‘damsel in distress’ a.k.a freezing Jon. That was close, really close.

I don’t understand why did Snow kept on fighting with the wights when all of his squad was up the dragon with the Dragon Queen! Season finale next week and a thousand questions unresolved. Watch out for some ice and fire action next week!

PS: Only 1 episode left for this season. *sob-sob* Take a look at the preview here:

You’d also like to read: Stop Leaking Game Of Thrones For F**k’s Sake; We Don’t Need Hackers And Their Pseudo Cyber Rebellion