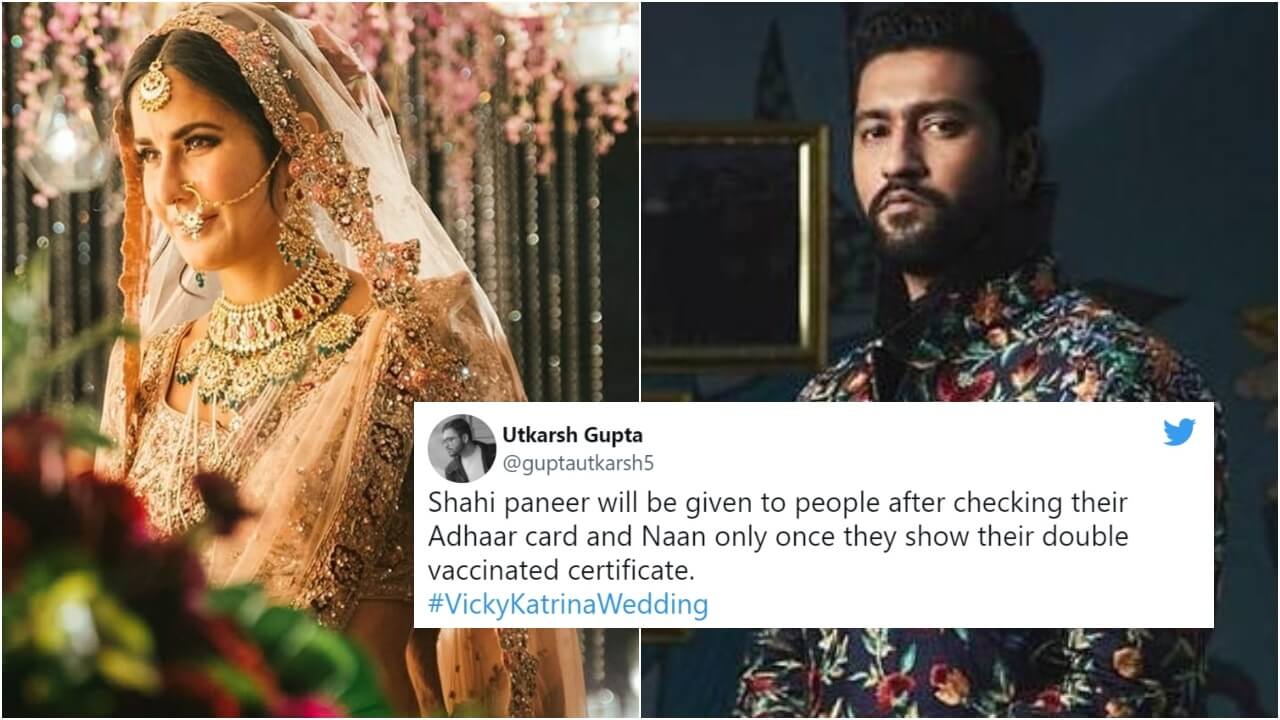 The news of Vicky Kaushal and Katrina Kaif allegedly getting married this year have been doing the rounds for months now. Paparazzi and media tabloids have constantly been putting out reports of how the two actors are getting married, alleged wedding rituals taking place, venue of the wedding and more.

Fans of both and random social media users have also been having their fun with this. While even till a few days ago people from both the Bollywood actors’ sides were refuting such rumours, on 27th November Kaushal’s cousin Upasana Vohra herself had said that there was no wedding but that hasn’t really stopped people from speculating.

Speaking to Dainik Bhaskar she said, “Reports about preparations to the wedding dates are all rumours being spread in the media. The marriage is not taking place. If such a thing happens, they will announce it. In Bollywood, such rumours are often circulated and later it turns out that it was something else. They are just temporary rumours. I had a talk with my brother recently. There is nothing like that. I don’t want to comment on this issue anymore, but the marriage is not taking place at the moment.”

However, now the rumours are getting a bit more serious and the Sawai Madhopur administration’s letter going viral has just sent people into frenzy. Along with that there are also alleged rules that wedding guests have to follow trending right now.

1. No disclosure of wedding attendance

3. No sharing pictures on social media

4. No sharing location on social media

5. No contact with the outside world till you leave the venue

6. All photos to be published only after approval from wedding planners

7. No reels or videos can be made at the wedding venue

Read More: Sardar Udham Not Sent As Oscars’ India Entry As It ‘Projects Hatred Towards British’

Obviously, some of them might seem a bit ridiculous and over the top to people and true to form many took to social media to troll them.

A lot of this is still just media reports doing the rounds and no official statement or confirmation has been made till yet from either Katrina or Vicky’s teams.

People Share Stories About The Horrible Kashmiri Pandit Exodus After 32 Years Of “Exodus...

Social Opinions Chirali Sharma - January 19, 2022
The exodus of Kashmiri Hindus is still considered as one among many dark times for a large group of people of the country. While...