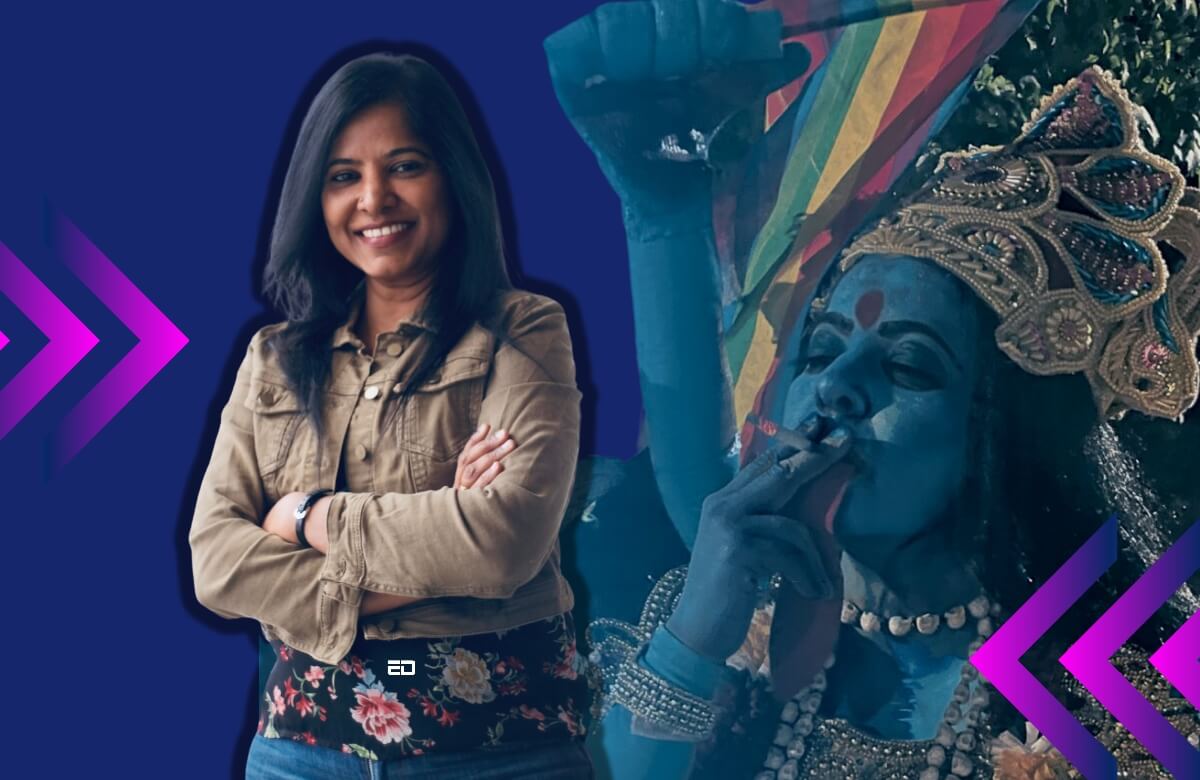 Another day and another group has gotten upset over something. Right now it is the poster of a documentary film that is angering everyone and has even led to complaints being filed against the director for hurting religious sentiments.

Apparently, people have taken offence to the appearance of Goddess Kaali being shown smoking in the poster of a documentary film. Hashtags started to trend and complaints were filed against the director, with people asking for her arrest.

On Sunday, filmmaker Leena Manimekalai posted on her Twitter the official poster for her upcoming documentary called ‘Kaali’. The poster had Goddess Kaali front and center but the thing that caught everyone’s attention was the lit cigarette in her hand and how the Hindu goddess was smoking.

Super thrilled to share the launch of my recent film – today at @AgaKhanMuseum as part of its “Rhythms of Canada”
Link: https://t.co/RAQimMt7Ln

The Madurai-born, Toronto-based filmmaker issued a clarification regarding the plot of the movie too, tweeting “The film talks about the events when Kaali appears in an evening and takes a stroll in the streets of Toronto. Once you watch the movie, you’ll change the hashtag from #ArrestLeenaManimekalai to ‘love you Leena manimekalai’.”

Read More: Why Did “Samrat Prithviraj” Fail In The Box Office?

However, the damage had already been done by that point as very few were looking at the clarification and just getting upset by looking at the poster.

It wasn’t just limited to online bashing and hate comments but flooded into real life too with advocate Vineet Jindal filing a complaint against the director.

As per sources, he said “The way this lady has portrayed Goddess Kali while smoking and having an LGBT flag in the background is completely offensive and objectionable. Whatever it is, it could be a controversy, it could be a way to escalate their name. But, one thing I must tell you is that this should not be tolerated and legal action should be taken against her. I have filed a complaint against this lady and the Delhi police have lodged an FIR against her.”