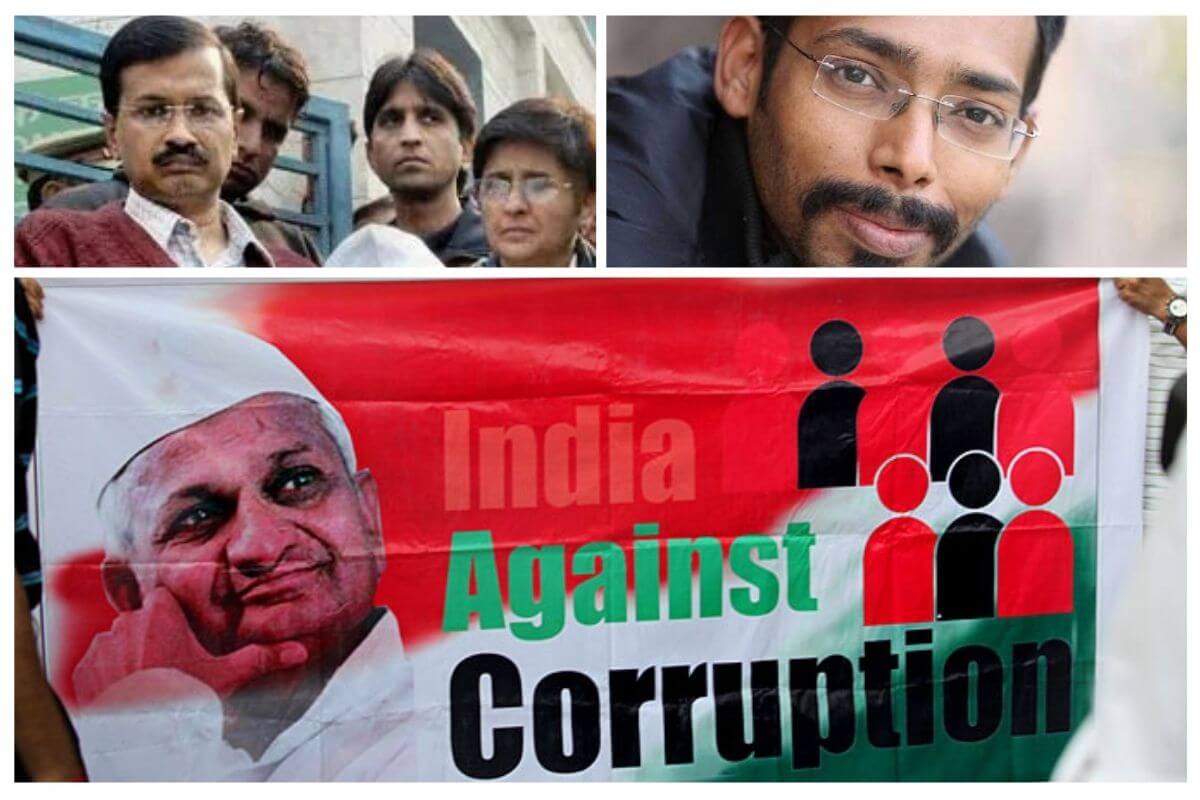 The fact that democracy is a government of the people, by the people, and for the people is not an understatement and the citizens of the world’s largest democracy are not afraid to show it.

Ten years ago in the month of April, India Against Corruption, which started as a small demonstration, raised to be one of the biggest movements in the history of modern India. People from all walks of life came together and instilled hope in India’s future and democracy.

To commemorate the 10 years of India Against Corruption Movement, ED Times got in touch with one of the key members, Mr. Ankit Lal to take us down memory lane and talk to us about the historic event.

ED Times: It has been a decade since the IAC, how far do you think India has come in terms of Anti-Corruption?

Ankit Lal: India’s condition as per anti-corruption has only worsened in the past decade. Not only have the transparency rankings worsened but even institutions like the RTI which were useful in exposing a lot of corruption between 2005-2014 have been made toothless.

The Lokpal, which we fought for, has not been implemented in the way envisioned during the anti-corruption movement.

On The Various Attempts To Introduce The Lokpal Bill

ED Times: There were at least ten attempts to introduce the Lokpal Bills by various governments in the parliament from 1968 to 2008, but none became law, what could have been the possible reason?

Ankit Lal: Though there have been several attempts to introduce the Lokpal bill in the parliament, not once have the elected representatives found it worthy to become a law. This obviously gives rise to a lot of questions.

Over the years a lot of parliamentarians have been found to be involved in a lot of scams. Some got implicated but most of them walked free with cases languishing in courts for years.

A system like Lokpal, which talks about an independent agency that completes trials in a time-bound manner and has a witness protection mechanism is bound to make them afraid. It will take very strong political will to pass a bill like the Lokpal.

ED Times: How was the Jan Lokpal Bill different from the one that the government was drafting at the time of the IAC movement?

Ankit Lal: Jan Lokpal talked about an independent agency that could not only recommend but also do trials in a time-bound manner. It also had a witness protection mechanism along with several other features which made it an independent ombudsman both at the national and state levels.

The govt Lokpal was a recommendation-focused body that did not have the kind of independence or judicial power proposed in the Jan Lokpal.

On Delving Into Full Time Activism

ED Times: What was the driving force for you that made you choose full-time activism over pursuing a master’s degree abroad?

Ankit Lal: I believe I was at the right place at the right time. I had the opportunity to see people like Anna ji, Arvind Kejriwal, Prashant Bhushan, and many others from close. I volunteered while doing my job till Jan 2012.

It was on 20th Jan 2012 when Arvind Kejriwal asked me if I was willing to come on board full time, I decided to quit my job and join full time. A master’s degree is still something that I want to pursue. Hopefully, in the coming years, I will be able to do that. It’s never too late.

ED Times: How did Team Anna function when the movement was at its height?

Ankit Lal: It was a democratic group of individuals from varied backgrounds. It is important to note that India Against Corruption (IAC) was never a registered body but always functioned as a group of people (GOP).

There were people who suggested that we register it but that would have taken away the people’s attachment and public participation. So it was a conscious call to not get IAC registered.

On The Key To An Organic Social Media Campaign

ED Times: What went behind creating the online campaign for IAC?

Ankit Lal: While creating an online campaign, it is important to have a two-way communication channel. That is what made IAC different from its predecessors, It was open for everyone, both on the ground and in the Digital space.

You could be a left-leaning Prashant Bhushan or a right-leaning Kumar Vishwas, IAC was open for everyone. Months of effort and networking went into creating a network of pages across the globe to connect with the local audience. Over 200 pages were created by the team during the course of the campaign.

Shivendra Chauhan is the one who started this and later on I joined in and took it forward.

ED Times: What according to you is the most important aspect of a campaign to capture the Indian Audience?

Ankit Lal: The Indian audience is emotional and connects to sentiment more than data. Also, the majority of people want to understand things in a nutshell and don’t want to go into the technical details.

So, while designing a campaign it is important to have a human touch grounded in the traditional Indian values.

ED Times: The IAC movement created a huge impact and made people aware of their power in a democracy. Do you think there is a need for another movement like IAC in the present times when there are reports which claim that India has become an elected Autocracy from a democracy?

Ankit Lal: The farmers of India are already angry and on the streets. Bankers are already angry and have gone on strike a few times. An IAC like organic or maybe an organized protest – which brings on board political and social forces from across the spectrum – like in 1977, might be needed.

If we look at world history, we see that all dictators were elected by their citizens before they became dictatorial in nature. Hitler was elected chancellor of Germany in 1933. Upon achieving power, Hitler smashed the nation’s democratic institutions.

Closer home, Pakistan intermixed religion with politics and the results are known to everyone. Indians need to unite and ensure that the democratic values our forefathers fought with the British for are preserved and nurtured in word and spirit.

What do you remember of the IAC Movement? Do you think there is a need for another movement like IAC in the present times? Let us know in the comment section.