Since time immemorial, parents have been worshipped as the equivalent of God. Numerous Holy Scriptures state that one should always honor their mother to the extent “Whoever reviles father or mother must surely die” (The Bible, Exodus 20:12).

The very first thing the school teaches is to always love, respect, and be obedient towards your parents as parents know the best.

It’s sad how no books, no Holy Scriptures, or no one preaches the same thing just the other way round. The basic definition of a mother is a “caregiver” however, this particular incident is chilling to the very bones. It’ll make you question the very definition and sanctimony of a mother.

The atrocious and tragic incident took place in Chennai, Tamil Nadu where two sisters allowed a 48-year-old shopkeeper to rape their daughters as well as their friends. The horror didn’t just end there. The women allowed the shopkeeper to record videos of the assault as payment for the goods that they purchased from him.

The case was brought to light when the Chennai police were tipped off that Perumal, the shopkeeper, was storing and selling banned tobacco products.

On raiding his grocery shop, the TP Chatram police confiscated his phone in order to get the details of his dealers. To their utter shock, they found 50 video clips of a man sexually assaulting 5 children. 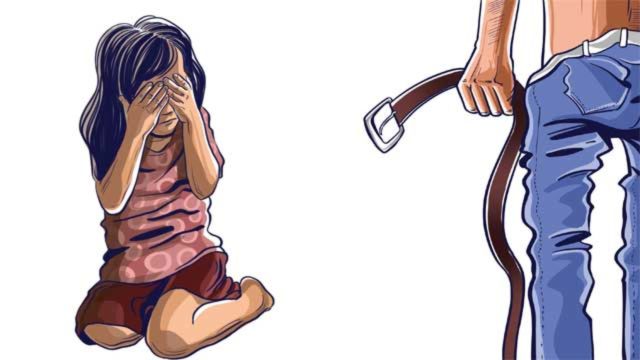 Initially, the police were under the impression that it was child pornography but on close inspection, they realized that it was Perumal himself. The children were five minor girls aged between four and thirteen.

Involvement Of Two Mothers In The Assault Of Their Own Daughters

The police also arrested two women who are sisters aged 28 and 30 for having their own children be assaulted by the shopkeeper. One of them was having an affair with the shopkeeper and later introduced her sister to him.

They allowed him to rape their own minor daughters as well as their daughters’ three friends who had visited their house to play. To evade payment, the women allowed the shopkeeper to record videos of the abominable act as payment for the goods they purchased from him.

The parents of the other three children told the police that the two sisters worked as nannies. They would take care of the children when they went out for work.

Shopkeeper Confessed To Continuing This Horror For Over 6 Months

On being pressed by Kilpauk Deputy Commissioner Karthikeyan and Inspector Rajeshwari, Perumal gave in and confessed that he had been raping the five minors persistently for over six months.

Deputy Commissioner Karthikeyan stated that the three children were too young to report anything that was happening. They were too young to tell their parents that they were being repeatedly raped on several occasions for more than six months.

However, as of now, Perumal’s fate lies within the four walls of the Chengalpet sub-jail whereas the two women have been jailed in the women’s prison at Puzhal.

This truly is the Dark Age owing to the rather rapid death of humanity.

ResearchED: Sexual Violence And Climate Crisis Are Linked To Each Other, This Is How