Home Politics China Makes A Video Titled “Once Upon A Virus” To Mock USA’s... 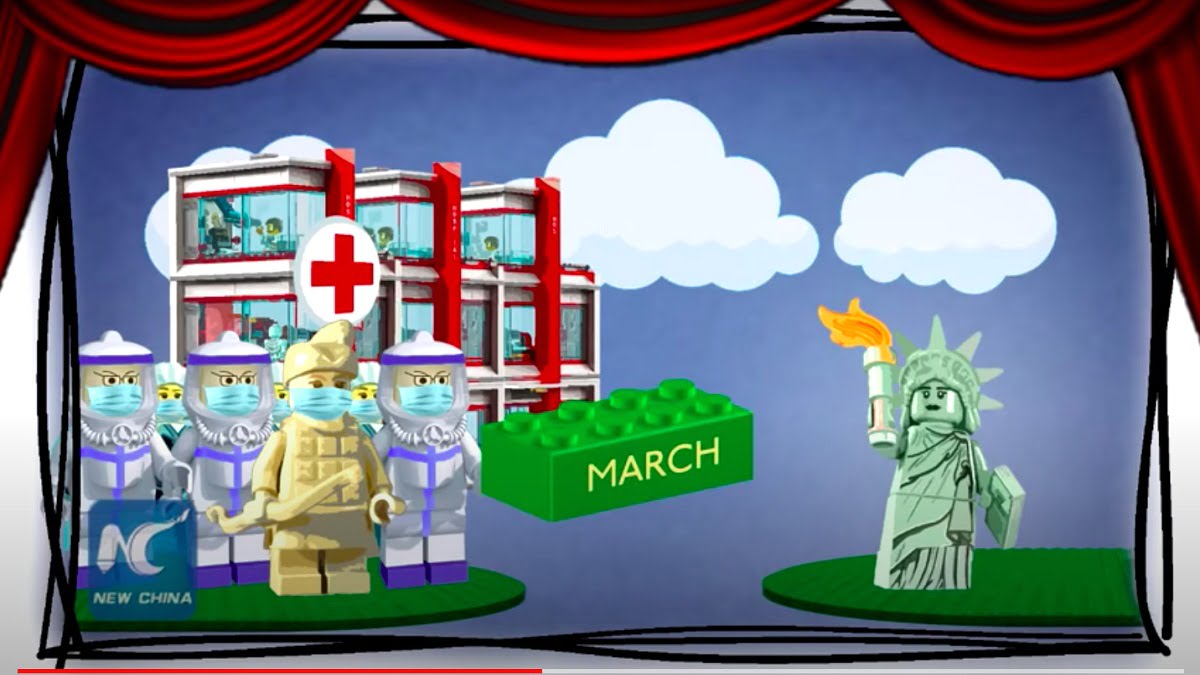 With the Coronavirus pandemic turning out to be a crisis, China and America are involved in a blame-game as to who is responsible for the current situation. In the middle of all that, China has recently released a video that mocks the USA’s response to the pandemic. 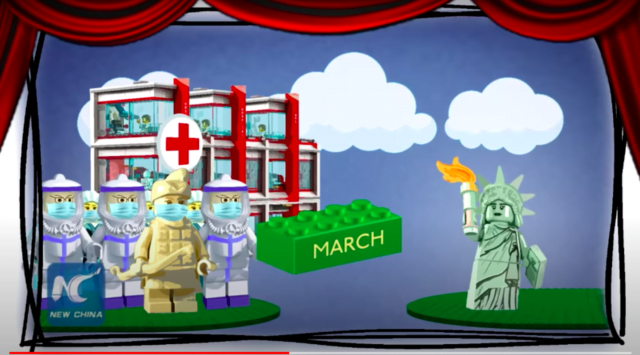 Throughout this pandemic, the USA has been quite vocal about how China is to be held responsible for the situation. The USA President Donald Trump even went on to make racist remarks, calling it the Chinese virus and stood by his opinion stating that the virus had originated from China and hence the remark.

The video titled ‘Once Upon A Virus’ has been released on Twitter by the Chinese Embassy in France’s official account. It severely mocks and ridicules the USA by showing how the USA chose to ignore China’s repeated warnings about the virus and implies that the USA officials themselves are to be blamed for the situation their country is in.

Once Upon a Virus… pic.twitter.com/FY0svfEKc6

The animated video uses Lego figures to represent the two countries. While a Chinese warrior wearing a mask speaks for China, a Lego figure of the Statue of Liberty represents the USA. Throughout the video, the two figures exchange words while a timeline is shown to display the difference in the methods of the two countries in dealing with the pandemic. 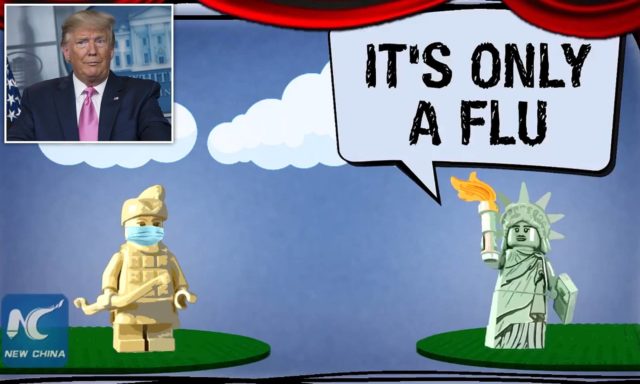 The video starts with China claiming to have reported ‘strange pneumonia cases’ in December and ‘discovering a new virus’ in January. Throughout the video, China is shown warning the USA, while the latter pays no heed to it and only calls China a ‘third world country’.

The exchange of words continues and it comes to a conclusion with the USA saying “We are always correct, even though we contradict ourselves”. The video then concludes with China saying “That’s what I love about you Americans, your consistency”.

Things That Need To Be Noticed

According to several newspapers, like China’s own South Morning China Post, the first case of Coronavirus can be dated back to Nov. 17, 2019. It wasn’t until December 31st, 2019 that WHO got reported about the virus. However the video does show in its timeline that China reported WHO about a ‘strange pneumonia cases’ in December, one might wonder what took them so long.

Throughout the video, the USA officials, especially President Donald Trump’s statements have been quoted to mock the country. With that, the video does prove a point about the negligence that the country showed in dealing with the pandemic.

But, if noticed minutely, it is weird how the video tried to slip off one of China’s biggest conspiracy as a corona hospital- its concentration camps.

In November popular news sources like BBC published several reports of China building concentration camps, detention centres and secret brainwashing camps. China tried to deny them all. But with this video, China does mention the ‘concentration camps’ stated in the reports and tries to pass it off as a hospital and treatment centre for those affected by the virus.

However, WHO wasn’t reported of any such virus until December 31st.

Despite repeated denials by China, the USA and several other countries consider the virus and the pandemic to be something that China created.

Deliberate or not, one thing does not change that the virus has originated from Wuhan, a place in China. There have been news reports and allegations of China trying to hide the news of the outbreak and even going to the extent of killing whistleblowers.

In the end, it was China’s poor management of containing an outbreak to a pandemic like crisis.

So, no matter how hard we try to step away from the blame game, one cannot deny the fact that the virus is of Chinese origin, and had China been better at containing the virus, we might not be facing a crisis that is killing millions of people every day.

Keeping all that in mind, one might wonder if China is in a position to point fingers or ridicule a country’s measures to deal with the pandemic with childish Lego animation and a chipmunk voice.

Sources: WHO, CNN, The Guardian,  Independent, BBC, The Washington Post