Chess: As An Art, Science & Sport

Games can sometimes be very well categorized in different ways. Some categorize board games as an indoor game, and others look at it beyond the fundamentals. But there is one game which is a blend of Art, Science & Sport. And that game is Chess.

Chess is played across borders, irrespective of age and gender. It is one of the oldest strategy games in the world. It is commonly believed that Chess originated in India around the 6th century AD. Isn’t it fascinating?

If you are new to chess or wish to learn chess, you should play chess online. In this article, we will take you through the concept of chess and tell you how chess can be an art, sport, and science all at once.

Chess as an Art

Whenever we talk about art, we talk about beautiful paintings, melodious music, or fantastic literature. What is common in all three is that the artist leaves the stage, but their performance never does. Art is anything creative and innovative, something that questions your knowledge and surprises you.

Chess is an art, but it is only visible to the people who understand the nitty-gritty of the game. Every time two players sit at the table, they have to be creative with their strategies and move the pieces smoothly to win a game. You can learn for 5 years straight or read a book, but every player has a signature style, and that is somehow true for painters or musicians too.

While playing a game of chess, both the players are completely immersed, and so is the audience. Great chess games are not limited to the stage but turn into a lifetime memory in the minds of both audience and the players.

Chess as a Science

Science is all about facts, figures, and finding solutions. The objective of your chess game is also somewhat similar. Chess is a problem, and the solution is to win the game by capturing the king of the opposite side. However, you need to take calculated risks and strategize every move.

In science, any theory or law is said to be right if there are no chances of failure and till you get that you have to keep trying and questioning everything you do.

Similarly, a game of chess cannot be won until you make a chain of movements that will help you dethrone the king. A lot of trial and error, experimentation goes into making the right move.

Just like you study mathematics or psychology, chess requires you to study the subject well enough to find the right way to win. An observatory mind is something that every chess player has. Applying this observation to win the game is just like using observations in science to make a discovery.

Over the years, every game won or lost has helped in building strategies and finding correct or objective approaches to the game. This very well suggests that Chess is somehow associated with science with experimental tests. Now that is the beauty of a chess game.

Chess as a Sport

Chess is a sport and it is brutal. As Anatoly Karpov remarked, “Chess is a cruel type of sport. In it, the weight of victory and defeat lies on the shoulders of one man… When you play well and lose, it’s terrible.”

Sports mean competition and where competition enters the equation, a little imbalance is obvious. There are many chess championships and competitions organized by clubs. If you didn’t know, every player is given a rating point.

These rating points measure the performance and skill of each player with respect to other players. Ratings always range from 0 to 2800 with 0 being the beginner.

Although a 600 rating is given to every beginner if the skill levels do not match or exceed the players, it can drop further. If a player has 2800 or more rating points, it means he is among the highest band of players called the Grandmasters.

Chess is a game of the mind, but it sometimes stretches for hours. That is where your physical fitness and health comes into the picture, just like any other sport.

Origin of the Chess game dates back to the 6th Century. It is one of the most popular and most played games around the world. It is mostly known for its sports side, but the other two are either less-advocated or overlooked by many.

If you love the game of chess, look at it as an art, science and sports to understand the real beauty of the game. As Anatoly Karpov once said, “chess is everything— art, science, and sport”.

If you want to experience the beauty of online chess, go ahead and download the MPL app now. 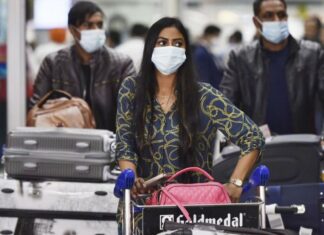 Chirali Sharma - September 21, 2021
The United Kingdom (UK)'s new travel advisory is coming under a lot of fire after it effectively says that Indians or those who have...