HomeFinanceModi Signs The Chabahar Port Pact And Opens Doors To Iran And...
Finance

Recently, news about Narendra Modi visiting Iran have been all over the internet. But who would have known that this visit would turn into something unthinkable with 12 agreements signed and a contract to develop the historic Chabahar port.

Seems like Modi has taken Mirza Galib’s words “Once we make up our mind, the distance between Kaashi and Kaashan is only half a step” To heart. This agreement has not only strengthened our relations with Iran but might also open gates to Afghanistan, Central Asia and Europe for India.

Modi being the first Prime Minister after Mr. Atal Bihari Vajpayee to enter the Islamic Nation in the last 15years has already made plans with Iran to cooperate on “intelligence-sharing” to combat “terrorism”, “drug trafficking” and “cyber-crime”. #GoModi #Kudos Now let us discuss something that you all should know about the most important Chabahar Port deal.

The Port of Chabahar (or Chah Bahar) is a seaport in Chah Bahr in southeastern Iran. Its location lies in the Gulf of Oman. It is the only Iranian port with direct access to the ocean. The port was partially built by India in the 1990s to provide access to Afghanistan and Central Asia, bypassing Pakistan A joint venture between the Jawaharlal Nehru Port Trust and the Kandla Port Trust, Indian Ports Global Pvt, is planning to sign a contract with the Iranian Arya Bandar Company for developing two terminals and the 5-cargo berth in Phase-1 of the Chabahar Port Construction.
Following the MoU that was signed between Nitin Gadkari and Iran’s Transport Minister Dr. Abbas Ahmad Akhoundi in May 2015, Modi has now signed the contract to develop the port. New Delhi has close security ties and economic interests with Afghanistan. This port will not only open gates to the South-Eastern part of Iran (where Chabahar is located) but will also help us skip Pakistan and allow us to enter the land-locked Afghanistan.

This port will be used to ship various items like crude oil and urea and help save India’s transporting costs. The development of the port will require a special purpose vehicle (SPV) which will invest $85.21 million to convert berths into a container terminal and a multi-purpose cargo terminal.

According to Mr. Nitin Gadkari, Minister for Road Transport and Highways and Shipping, “The distance between Kandla and the Chabahar port is less than the distance between New Delhi and Mumbai, and so what this agreement does is to enable us quick movement of goods first to Iran and then onwards to Afghanistan and Russia through a new rail and road link.”

To add to this a trilateral agreement on transport and transit corridor among India, Afghanistan and Iran has also been signed. Well, it’s safe to assume now that Modi never does things halfway.

Also Check our Article on:

How Important Is Modi’s Degree, Mr. Kejriwal? Let Us Focus On Your Promises Instead

Facebook
Twitter
Pinterest
WhatsApp
Previous articleTo The TOI Author Who Responded So Craftily To Tanmay Bhat’s Feminism “Rant”
Next articleHave Your Ever Considered A Holiday Home In One Of These Unique Locations? 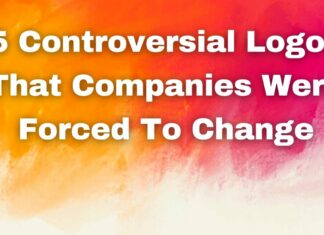