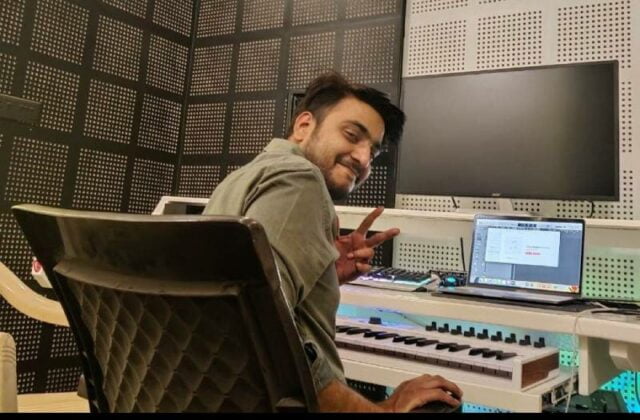 The young enthusiastic music creator has been God gifted to combine folk music with ethnic vibes as a DJ which thrills the audience.

What is significant for a person to achieve success? Yes, it is important to work hard and believe in yourself. But what makes Bramha as a different from the crowd is his innovative creation to mix folk music and convert it into blasting performance with DJ.

Bramha from Rajashtan, Merta City, Nagpur, was always keen for the music. He has always been inspired for music from his childhood. He realized his talent in getting involved with folk music and experimenting beats uniquely with different music resulting into unbeatable performance. Going forward with same talent from early age. However, he boosted his talent from his college life.

What motivates Bramha to come up with such outstanding music?? He says “It is always your mother land who teaches you the value of culture”  Thus, following the same concept he has always been inspired towards Rajasthan folk music but adding spices to its beats. He believes everything is available in the Indian old folk rhythms and sounds. Hence, he gives all credits to folk music and Indian culture that has motivated him to experiment it with modern beats.

Bramha, being the country lover believes that Indian music with added modern sprinkle could shine the world with such talent that India possess. Bramha, believes with hard work and through self belief no one can stop your ability to glitter the world with unique talents.

Bramha, has proved his creativity in music through some successful tracks like “Banne Re” Project 91x Mitika x Bramha. A trap and an old folk molded and blended nicely on beats and bass with an ethnic touch. He has been on his way to glitter world with his upcoming songs as well.