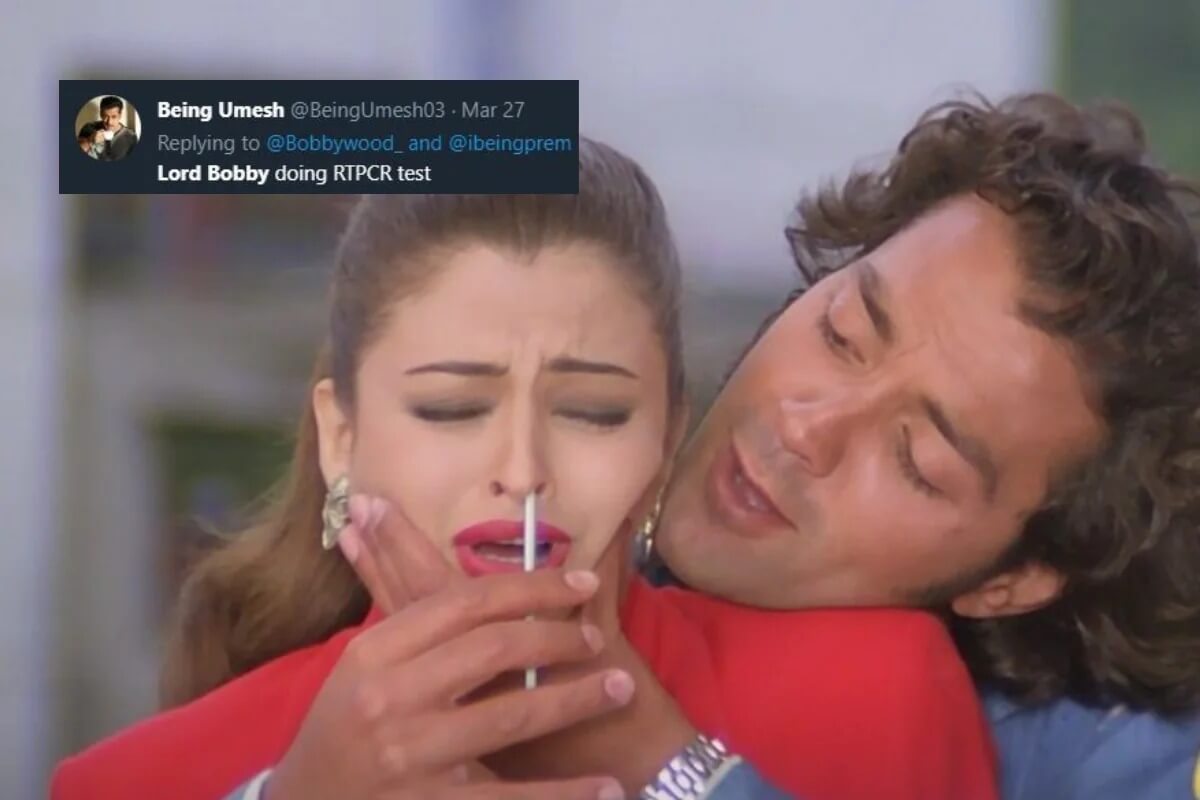 There are a lot of things that are ready to make our heads pound with a severe headache going on around us.

The COVID-19 pandemic since last year was not enough, we in India are now seeing a horrifying second wave of it where it seems like literally, every second person is contracting COVID-19.

Many people are in urgent need of oxygen, plasma and vaccine, which they are not getting time. Along with that we still have many socio-political issues still pending to be dealt with.

In the midst of all this, a certain Twitter account called Bobbywood (@Bobbywood_) is giving people something to laugh about during these tense times.

The account was started in just January of this year and already has over 17,000 followers to it.

The account first gained recognition for its Bobby Deol and COVID-19 related memes, where it pointed out how the younger Deol was already ahead of his time by instilling practices being encouraged now.

Lord Bobby predicted COVID-19 and told us to follow the safety precautions pic.twitter.com/gr4Dbl5dt2

The account started by a Pakistani person by the name of Abdul Ahad, then went on to comment on viral issues with hilarious Bobby Deol inserts.

Read More: Memes That Defined The Change Of Year This Time

Ahad spoke about why he created a fan account for the celebrity saying, “Every 90s kid can relate to the swag of Bobby Deol from the early days. The actor was underrated in the latter part of his career, offered a lot but went unnoticed. The idea of Bobbywood is to highlight all the amazing and futuristic stuff Bobby Deol has done, in a light-hearted way.”

The creator of the account also clarified that this is not to make fun of the actor,  “I want to clarify that it is NOT a troll account. The iconic ‘Admi Khatam Kaam Khatam’ scene from Soldier was way ahead of time and it’s still my most favorite scene.”

Why Do We Love Memes So Much?