Indian weddings are already known around the world for being some of the most lavish and time-consuming events.

The phrase ‘big fat Indian wedding’ is extremely popular and we have recently also seen the emergence of various trends only adding to more functions and events in the wedding period.

One of them being the obnoxious and irritating concept of pre-wedding photoshoots which practically every single couple these days is following.

The prerequisites for it are pretty simple, take a nice and fancy place, usually some heritage monument or luxury hotel, and have the would-be bride and groom get clicked in a myriad of poses taken out of Bollywood movies.

These images are then splashed around social media with elaborate captions usually consisting of some cheesy love quote or another.

This concept has now become mandatory for almost every couple to engage in before their wedding while the rest of us common folk are left cringing in our seats.

In fact we even did a whole blog on it ranting on how these are just a waste of time. Read it here: Breakfast Babble: Why I Think Pre-Wedding Photoshoots Are Annoying And A Waste Of Time And Money.

But at the same time one cannot deny that at the end of the day, it is a very personal choice, no matter how cringey it might be. That is why the recent news of some communities in Bhopal banning pre-wedding photoshoots is just bizarre. 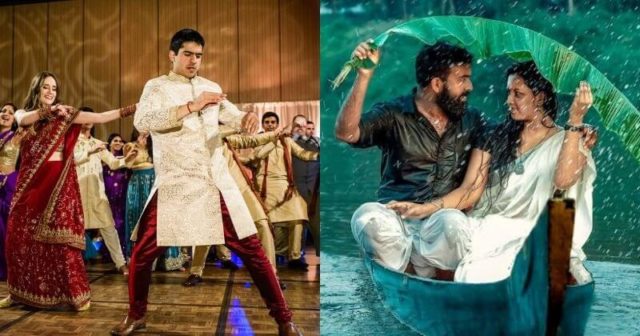 What Is This Ban?

The members of the Gujarati, Jain and Sindhi communities of Bhopal have come forward in a controversial move to ban pre-wedding photoshoots and male choreographers for dance performances during ladies sangeet functions.

The leaders of these communities have reportedly said that they will be boycotting families that go against the new rules from the community.

Sanjay Patel, the National General Secretary of Gujarati Samaj has stated that, “Pre-wedding shoot is wrong. It has been felt that many marriages break even before they take off, so our executive body has decided to stop this tradition.”

The President for Bhopal Jain Samaj, Pramod Himanshu Jain, has also agreed with Patel and said that they’ve banned this practice especially after their spiritual guru called it ‘obscene’.

He said that, “Now in Jain society, neither pre-wedding shoot will take place nor would male choreographers be allowed to enter the function. One of my gurus advised me to put a stop on this as according to him it was obscene.”

Jain added that, “We have also prepared a draft of the ban. It will be issued in the next meeting. A lot of times many marriages are broken because of such things and the entire family in the society has to face embarrassment.”

Patel even said that along with pre-wedding photoshoots their circular will be banning hiring male choreographers to train females and even restricting women from dancing in the wedding processions.

The organisations claim that these practices are against their culture and do nothing more than create problems in the society.

The Bhopal Sindhi community is not far behind with their President, Bhagwan Das Israni, also saying that, “We will also pass a resolution banning pre-wedding shoots and that will be circulated to the community members.”

As if this ridiculousness was not enough, PC Sharma, the Madhya Pradesh Public Relations Minister, has also sided with these bans and told ANI that, “These things were certainly not a part of our culture. I believe that whatever people prohibits, it is from a social point of view. If people start following old trends and cultures again, their marriages will become more successful and joyful.” 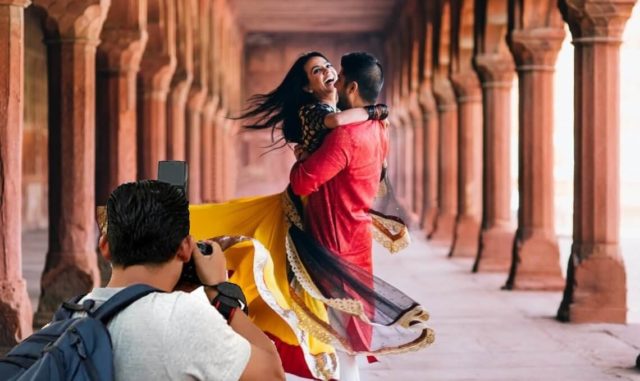 Other Things That Should Be Banned

Now, while I don’t really understand why people get a pre-wedding photoshoot in the first place and do admit that many times they can be quite cringey, I wouldn’t go to the extent of banning them.

This is a very personal and private matter that is more related with how a couple wants to celebrate their marriage. A pre-wedding photoshoot might not be exactly native to India, but it is not really harming anyone.

In fact, since these things are being banned here are some other things that we wished would be banned from Indian weddings:

#2. Creepy Uncles On The Dance Floor

#5. Having A Winter Wedding Outside

So you see, a good marriage would only be possible if all these things are just completely banned. No more celebrating as per personal wishes, no more doing whatever you want, instead it should be exactly as per a guide book, detailed every step and rule.

It is a little sad that the organisations have simply given their judgement without really putting forward any type of proof or information on exactly how a pre-wedding photoshoot is harming an Indian marriage. 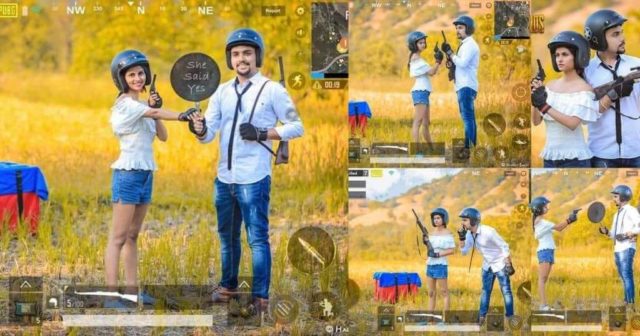 It is not like we have issues such as domestic abuse, toxic masculinity, repression of women, regressive mindset or anything that could be a problem to a healthy marriage. Instead the problem are a happy couple getting ‘romantic’ pre-wedding images clicked. That is the cause of marriage breaking up.