Home ED Originals Back In Time Back In Time: Gandhi Assassinated And Killed By Nathuram Godse 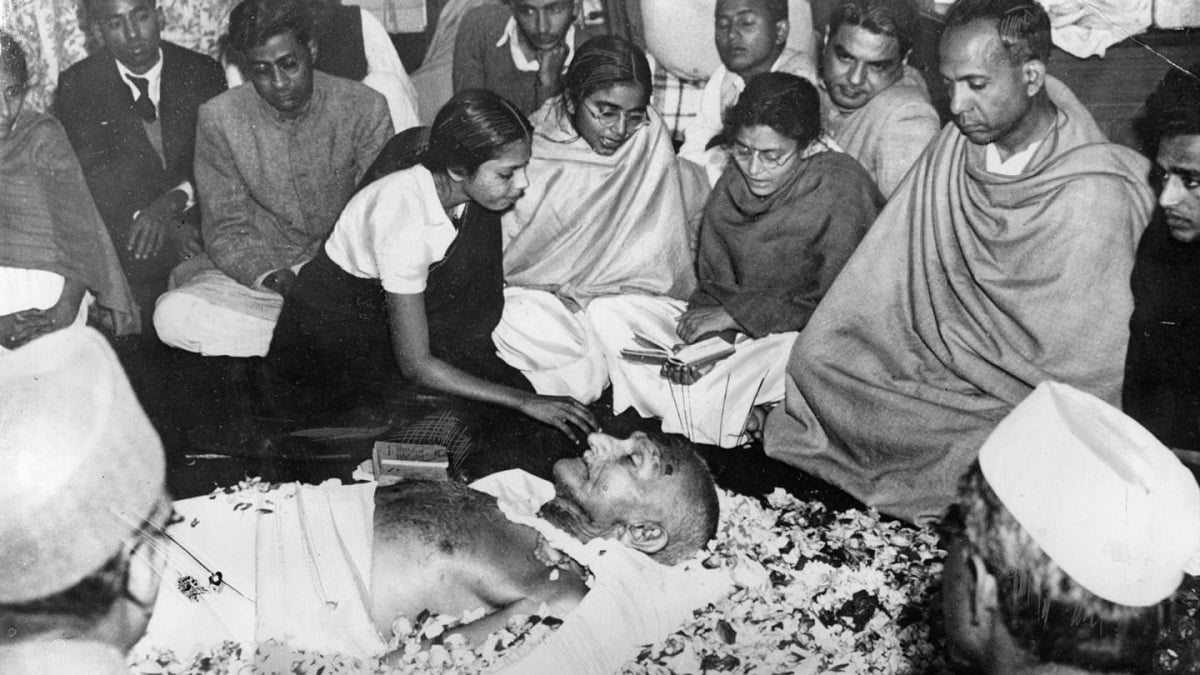 Today we look back at India’s darkest day in history – assassination of Mahatma Gandhi.

Time in India came to a standstill as India lost the ‘Father of the Nation’, Mahatma Gandhi.

As he was on his way to his daily prayer in the compound of Birla House, an assassin named Nathuram Godse stepped out of the crowd and approached Gandhi. After that, he shot Gandhi three times from point-blank range. He was declared dead later on.

Following his daily routine, Gandhi attended the multi-faith prayer routine around 5 pm, which was attended by several followers of his. Unknown to anyone in the crowd, Nathuram Godse attended the meeting with the plan of assassinating Gandhi.

He shot Gandhi thrice, after which Gandhi fell on the ground and was rushed back to his room inside Birla House. Every attempt on saving him failed as he was soon declared dead and the news has come as a shock to the nation. 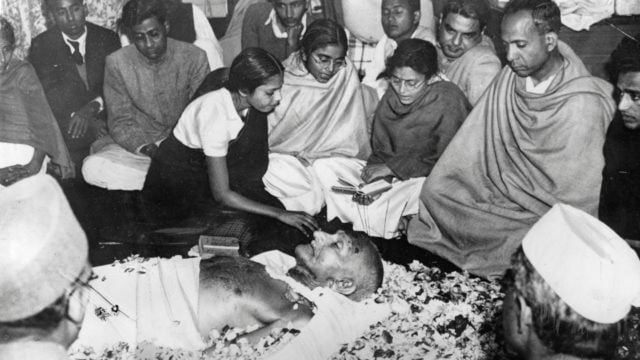 It is reported that Nathuram Godse had planned the assassination beforehand as he disliked Gandhi’s opinion on India’s Partition.

Immediately after the incident, Nathuram has been arrested and is under police custody. He is said to be a member of the Hindu Mahasabha and is a former member of the Rashtriya Swayamsevak Sangh or RSS, a Hindu nationalist paramilitary volunteer organization.

Incidentally, this is the second assassination attempt on Gandhi after Independence. The incident on 20 January 1948, where a grenade explosion took place, was meant to assassinate Gandhi, but failed. It is said that Nathuram Godse had a hand in that incident as well.

Investigations are going on in this matter as the nation remains stunned. Meanwhile, reports of riots are coming from Bombay as the incident has disturbed the common people. 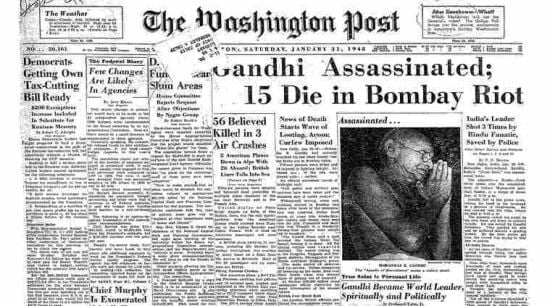 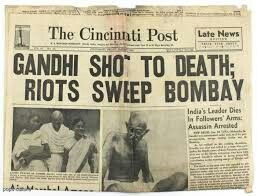 Mohandas Karamchand Gandhi, or as he was commonly known to the world, Mahatma, was 78 years old when he was assassinated. He was a lawyer and a civil rights activist in South Africa in his early days and played an instrumental role in India’s war of Independence from British Raj.

On 30th January 1948, he was killed by Nathuram Godse, a 36-year-old Hindu extremist who was angry with Gandhi’s take on India-Pakistan partition and the measures he took to safeguard Muslims in India.

ALSO READ : Back In Time: Netaji Subhash Chandra Bose Was Elected As The President Of Indian National Congress Today

Nathuram killed Gandhi at Birla House, which is presently known as Gandhi Smriti, a large mansion in New Delhi.

After the shooting, Godse, along with his fellow conspirator Narayan Apte, were immediately captured by the crowd and beaten with sticks and were later handed over to the police. The Gandhi murder case was opened in May 1948 in Red Fort. On being proven guilty, they were sentenced to death on 8th November 1949 and were hanged in the Ambala jail on 15th November 1949. 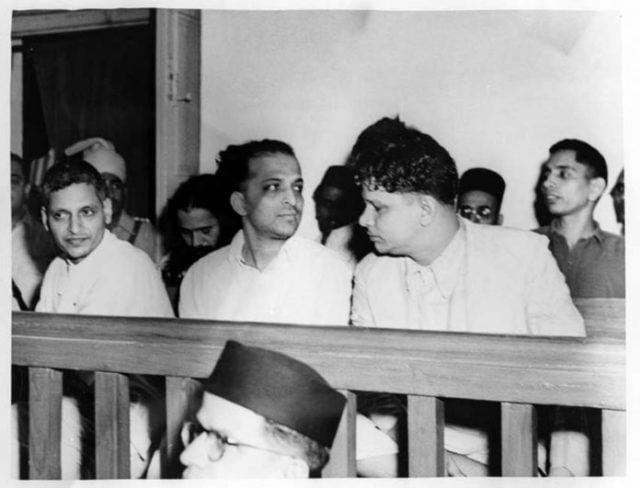 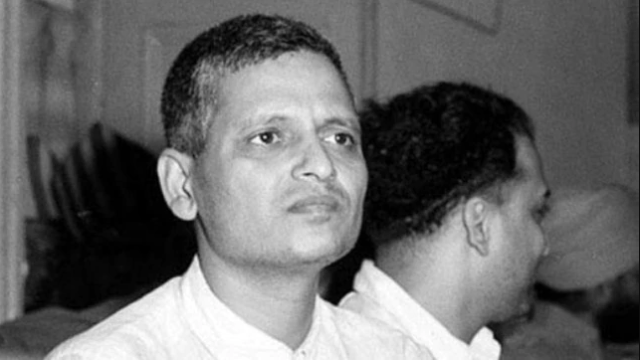 In many ways, he considered Gandhi and his ideologies to be hypocritical during the freedom struggle. He condemned Gandhi in several matters. As Gandhi was someone who preached about Hindu-Muslim unity, his consent in the partition of two countries angered Nathuram Godse all the more, making him think that Gandhi needs to be stopped for the welfare of the nation.

Despite knowing that he will be hated for generations to come, he assassinated Gandhi on 30th January 1948, a year after India’s Independence.

Every year on January 30 and March 23, India celebrates Shaheed Diwas or Martyrs’ Day to pay homage to those brave souls who fought for India’s freedom from the British Raj and give respect to the brave soldiers who lost their lives protecting the nation 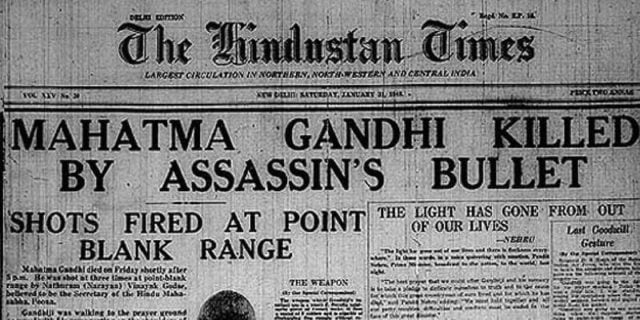 30th January is observed as Martyrs’ Day, as on this day Mahatma Gandhi was assassinated. In some parts of India, 23rd March is also celebrated as Shaheed Diwas or Martyrs’ Day as on this day, Bhagat Singh and his companions were hanged to death for raising their voice against British Raj’s oppression.

What Would Have Happened If Mahatma Gandhi Weren’t There?

In Pics: Fandom Merchandise Like Beyblades From Our Childhood Days As A 90s Kid

ED Originals Somnath - November 23, 2021
Nostalgia on seeing fandom merchandise is unlike anything else! You know you've grown up when you no longer play with Tazos or Pokémon cards. Specially...