For the first time in history, today we have access to a free online encyclopedia. Wikipedia – the free encyclopedia, is a one of its kind encyclopedia founded by Jimmy Wales and Larry Sanger.

While the project is currently not widely known to people, we believe that the fresh concept is bound to change the way people will look for and store information. 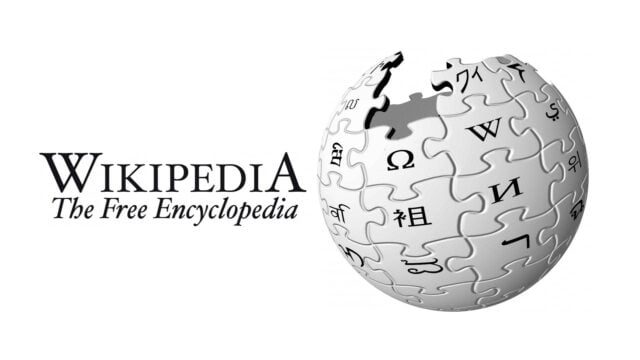 Jimmy Wales in an interview said that he was fascinated by free open-software that also allowed the users of the internet to contribute to what they see. While the website was initially set up 5 days ago, it went online only today.

Wikipedia was inspired by the concept of a machine-assisted encyclopedia as mentioned in H.G Wells’ famous book, World Brain (1938) and since many years software engineers have been trying to develop internet encyclopedia projects.

Jimmy Wales in his interviews also stated that since he was a kid, he just loved to read. His mother had been buying The World Book Encyclopedia from door-to-door salesmen for years. This also gave him the idea of starting an online encyclopedia which would be easily accessible to everybody.

Along with Jimmy, the project’s other founder, Larry Singer also plays a full-time editor for the posts that have been going up on the page. Larry is a philosophy graduate student, who was hired by Jimmy for the project.

Till now, the page has uploaded four entries into its repository – a homepage, and articles on the topics ‘Wikipedia’, ‘Philosophy and Logic’, and the ‘United States of America’.

Also Read: Despite Millions In Reserve, Why Does Wikipedia Keep Asking For Donations?

They have already started giving the world the information they need and have been getting enthusiastic inputs from software and information enthusiasts.

Our favourite free encyclopedia, Wikipedia, celebrates its 20th birthday today and is one of the most famous websites across the world.

Undoubtedly, Wikipedia has changed the definition of the encyclopedia for many of us, and today, we truly cannot imagine the internet without Wikipedia! Today, it has more than 55 million articles and is a must-visit for every person who is inquisitive for knowledge.

Having a Wikipedia page of one’s own today is considered to be a status symbol!

Wikipedia And Signs Of Bias

The page relies on many volunteers for its information and thus leads to systemic biases in content creation and editing.

According to a report by Yahoo News, studies have shown that the authenticity of content is very low, and while the concept of the encyclopedia is very inspiring, the involvement of so many people in the process makes it less credible.

While the organisation has been trying to pick up the slack, mind you, it is not that easy to register yourself as a volunteer for Wikipedia (been there, done that!).

The process includes several stages of verification but even after such selective choosing, some mistakes are bound to happen, after all the website surely receives a lot of traffic.

"Wikipedia has evolved from a seemingly impossible idea into a sprawling testament to humanity—a place where we can collaborate, share, and learn about anything and everything." ❤️@Wikimedia Foundation CEO @krmaher reflects on #Wikipedia20. https://t.co/cgDBNsN8mc

Wikipedia is the guilty pleasure of millions. No matter how much we are told that it is not an authentic source of information, for simple and understandable content, we instantly turn towards Wikipedia.

The open-software plans to run smoothly for years to come and has been doing a great job till now. So, we thank you Wikipedia.