HomeFinanceThe Most Awaited IPOs to invest in 2015
Finance

The Most Awaited IPOs to invest in 2015

Initial Public Offer or IPO is the first sale or offer of stock by a company to the public. It can be defined as the sale of equity to the general public.

Finding an ideal IPO to invest is cumbersome. Some stocks may offer huge returns initially but their long term profitability and return capacity may not be satisfactory. So, before investing in any such offer, a lot of factors need to be considered:

It contains all the relevant information pertaining to any potential investment into the company. Details like the company objectives, company’s risks and opportunities and the purpose for raising funds via an IPO. But, it is prepared by the company so the information presented in it might be misleading or moulded to favour it.

As mentioned above, information in the prospectus might not be accurate. So, to be sure about the investment, thorough research about the company’s performance, core areas, dealings, financing, competitors and industry growth is important. Being an informed investor is always rewarding.

It is the period until which the insiders or underwriters are prohibited from selling the company stocks. If after the lock-up period, they begin to sell their stocks, then it is a bad indicator as they know about the future prospects of the company. Their selling indicates that the company’s future is unsustainable.

2015 has many exciting IPOs coming up. So, here is a list of the TOP amongst all those. The most exciting of them all. Heads up people! Xiaomi is world’s 3rd largest smartphone provider succeeded only by Apple and Samsung. The company is expected to sell a whopping 100 million devices in 2015 and earned around $12 billion through sales in 2014.The company though did not disclose any profit information. It is currently valued at $50 billion and is planning to hold an IPO in 2015 and use the cash flows to probably expand its television content. With its IPO being regarded as ‘The Next Alibaba’, investors should surely keep an eye on it.

Uber has completely revolutionised passenger commuting in many areas across the world. It is the most valuable start-up with a valuation of $30 billion. Though the ride booking company raised $1.2 billion in its recent funding, its founders are set to go for another round to meet their strategic growth plans. It may prove to be a better investment as the company earned a gross revenue of around $10 billion. Quite a figure for a 4 year old start-up!

PayPal is an international digital wallet based e-commerce business allowing payments and money transfers to be made through the Internet. The break-up of Ebay and Paypal has caused a spur in the capital markets and PayPal is looking to capitalise on it by holding an IPO. PayPal is considered as one of the biggest third-party payments facilitator in the US, and has close to 152 million active registered accounts. Its average annual revenue growth is around 25% and this number is expected to grow even more after its break-up.

The main reason for this IPO is perhaps, to compete or to gear up for the upcoming APPLE PAY, that can threaten PayPal’s throne. India’s second largest mobile company: Micromax is set to go public to raise a capital of $500 million. The company has achieved phenomenal success in previous years where it beat several global giants like Sony, HTC, Nokia to reach 2nd spot in the India mobile phone market. It is succeeded by only Samsung in terms of market share. It is also the 10th largest handset seller in the world.

The purpose of this upcoming IPO is to strengthen the company’s R&D division and help it diversify into newer sectors. The company is expected to earn $2 billion in FY15, that is almost twice it earned the previous year. It has become India’s leading handset manufacturer and investors should surely welcome its upcoming IPO.

Infibeam is involved in online retailing, e-commerce software and internet services. It is expected to be valued at around 3000 crores and expects to raise around 800 crores via an IPO. It has already appointed Axis capital and Kotak Investment Bank its merchant bankers. It is the sole authorised online retailer in India for Apple Inc. According to its reports, it is debt free and made regular profits due to sale of the iphone 6 and the 6 plus on its site. The online retail industry has high prospects and is expected to grow from $3 billion to $22 billion in 5 years .If its IPO launches, then Infibeam will become the first e-commerce co. to get listed on a stock exchange. India’s largest coffee chain: CCD expects to raise around 1200-1500 crore through an IPO. The company has 1640 outlets in India. Its sole purpose of this release is to compete with global giants Starbucks and Barista in terms of reach and brand value.

The company is currently valued at $1 billion. The market is expected to grow too as the number of middle class in India are expected to rise.

Any investment in it may prove to be good. As they say, a lot can happen over a coffee!!

So people, watch out for these IPOs. You never know, they might be your philosopher’s stone. Investing in an IPO is difficult but investing in these above mentioned ones can certainly earn you a plenty. 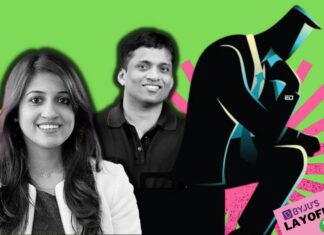