The last time you visited your friend’s house they fed you, right? Well, they probably wouldn’t have given you food if they were Swedish.

The screenshot of a recent Reddit post had somebody narrating their experience of waiting in their Swedish friend’s home while the family had their dinner. Try imagining this in the traditional Indian household. 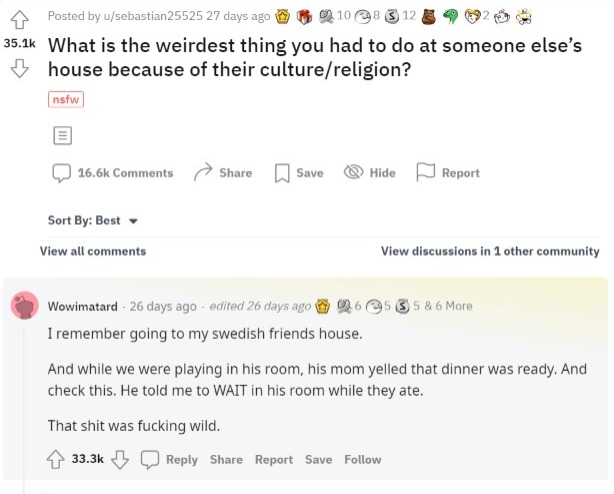 It is apparently customary in Scandinavia, particularly Sweden, to refrain from offering food to one’s visitor. Wally Sierk, an amateur historian and sociologist, has offered an explanation of this strange norm.

“In Norse culture, hospitality (providing food, drink, lodging) was a duty of higher status individuals towards people of lower status, but the act of receiving hospitality created an obligation or debt on the part of the recipient,” he tweeted about Sweden, Norway, Finland, and Denmark. 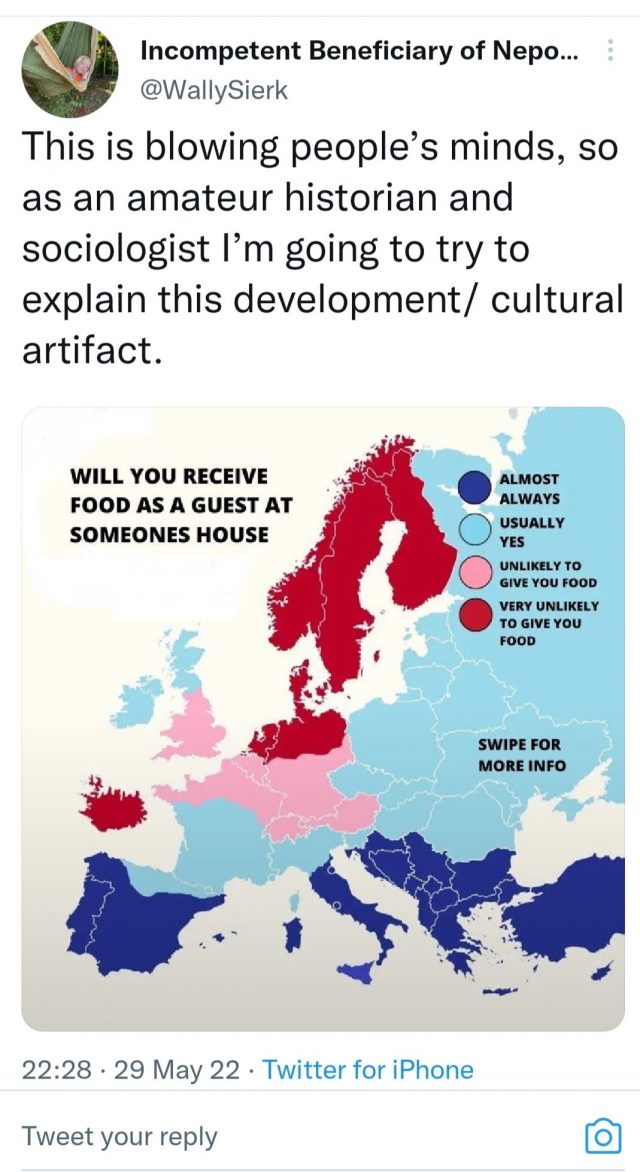 In contrast, food is a dominant love language in most South Asian cultures. Be it the time of Iftihar during Ramadan at Jama Masjid or the historic Indian farmers’ protest, journalists have confirmed the hearty offering of food to itinerant passers-by.

Jaishree Kumar says on Vice that people of other South Asian countries like Japan, Pakistan, and the Philippines would not forget to offer tea or coffee to an unannounced guest. Jai Cajabar tweets that in the Philippines food is a major part of tending to one’s guests. 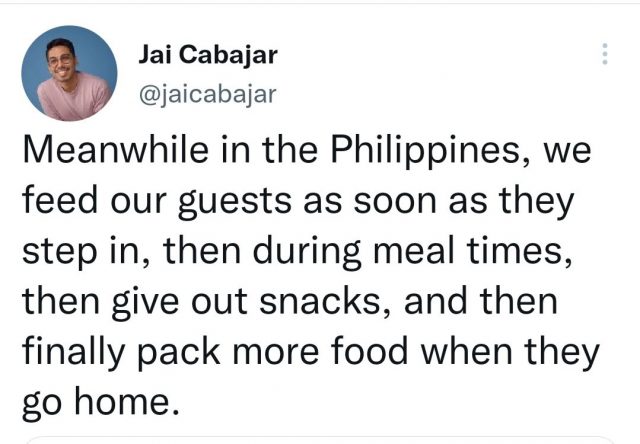 Read More: Watch: Why Are People In Sweden Happier Than We Are

This is not, however, very common in Sweden. Twitter user MarBenHouse says how her bestie’s family garden’s pears never really landed in her tummy. But when it did, the police also nearly landed up at her door. 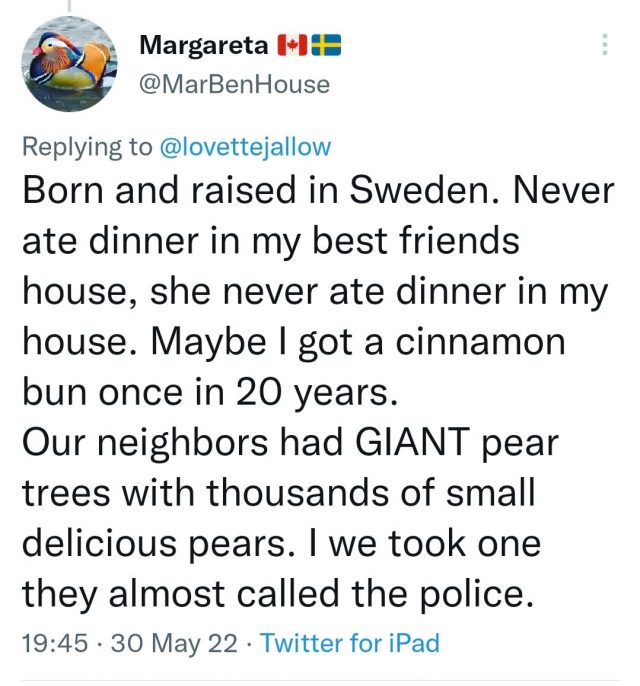 This Sweden Gate storm threw up more bewildering aspects of Norse culture. Xtine Milrod says how people need to bring their own sheets and towels during a sleepover. SpuddyKat recalls her 6-month stay in Sweden when she had to pack her own alcohol for friends’ parties. In case anybody finished her beer, she was duly recompensed. 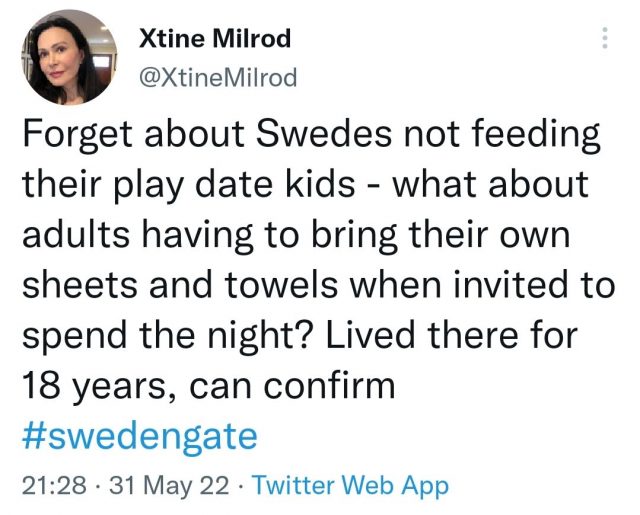 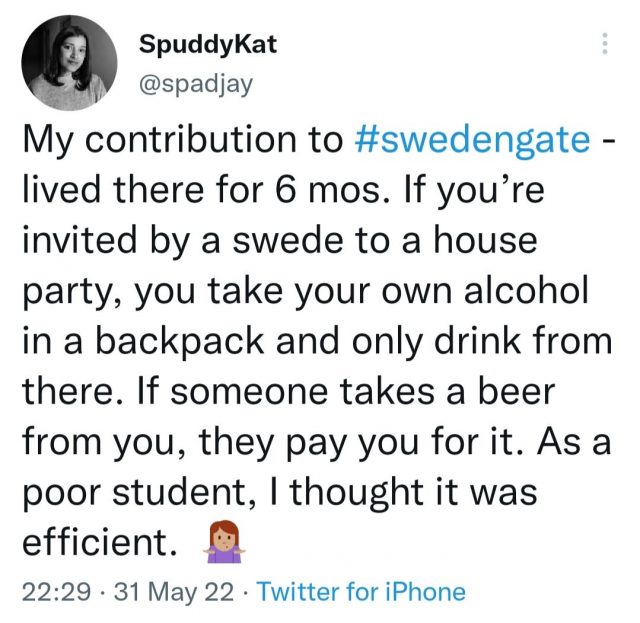 Maybe in the age of globalization, such incompatible cultural norms should come as no surprise. South Asian, African, and Latin American cultures are known to be more welcoming and accommodating of their guests, which is ironic given their third-world stature.

Some Twitter users have defended Sweden by claiming its past poverty, yet colonialism had transformed most European nations, including Sweden, into burgeoning industrial powers. 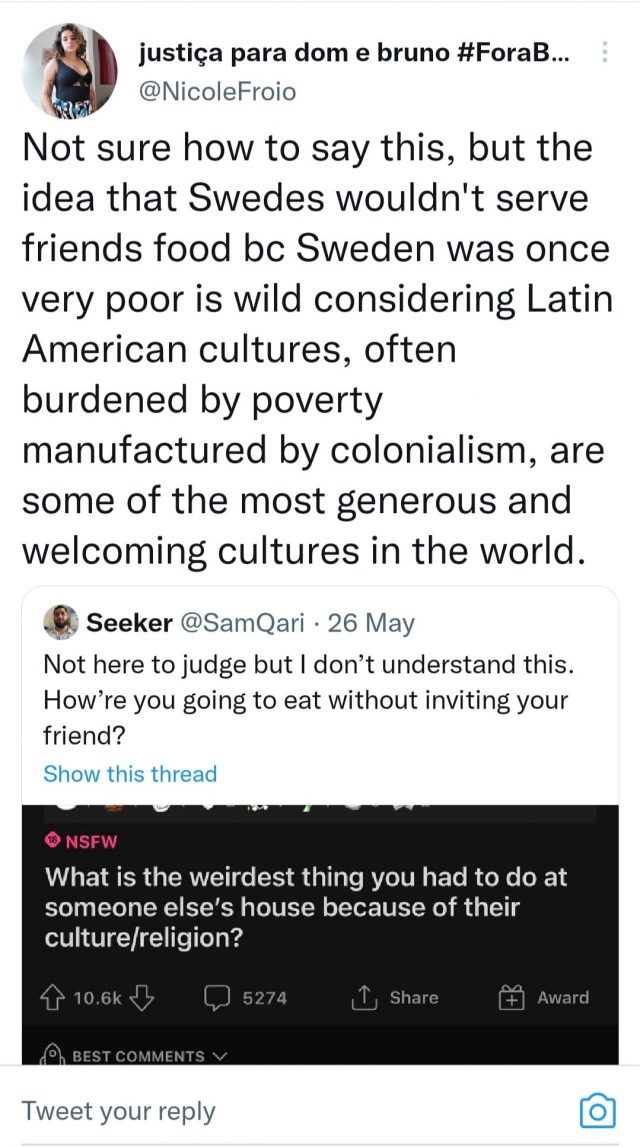 But the cultural, racial, and political backlash against Sweden has been countered by support for their culture.

“I think lambasting Sweden and their social norms is wrong. As Indians, we see food as something that helps us bond but in Sweden, it’s seen as a resource,” says Kurush F. Dalal, an archaeologist, and cultural anthropologist.

Linda Johanssen, a Gothenburg native, wrote that when her friends’ family ate their dinner like a quick “pause”, she didn’t mind not being fed as they probably “didn’t want to mess up my family’s plans.” She says, “it’s more to do with tradition and wanting to eat with your own family.”

QuoraED: Why Don’t Indians In Foreign Countries Return To India?