May 2, 2020
90
0
Facebook
Twitter
Pinterest
WhatsApp
You close your eyes but the vibrant colour remains on the inside of your eye lids, swirling and pulsing’, as stated by Marko Stout, the popular multimedia artist who is a major name in the New York City best known for his paintings, films, videos, sculptures, new media and last but not the least photography.
Born in New Jersey, this mind blowing sensation stepped into the magical world of art since the time he crossed paths with his friend, a former roadie, an art gallery owner and a trained painter from the Chicago Art Institute, on a houseboat in San Francisco Bay. 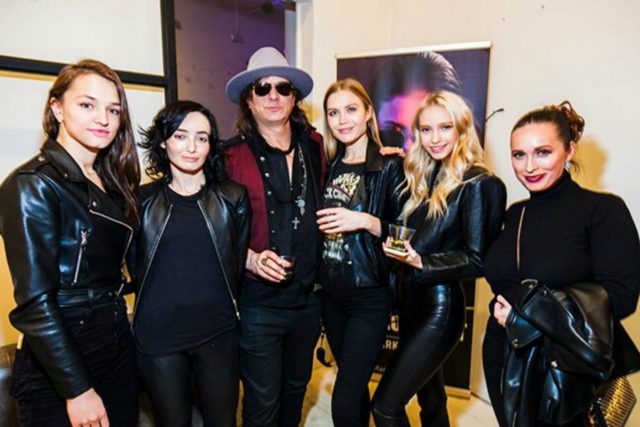 His friend inspired him and helped him showcasing his works on his gallery, thus giving this world a wonderful artist. Since then, Marko Stout earned a good reputation in the art industries.
You may have heard that ‘difficult roads often lead to beautiful destinations’ , and so gradually he entered the high-end market of art in New York City.
There is now doubt that why, he essentially focussed on throwing light on the modern urban life in the New York City.
And then, his hard work was paid and it was eventually in the year 2016, that Marko was well established in the New York City as an artist with a huge fan following with four of his greatly appreciated and vibrant female sculptures at the very entrance of the ArtExpo Show.
Later, he made headlines with his record breaking sale of those colossal female sculptures to a Berlin collector and night club owner. The sale was the largest at the show and one of the biggest in the long history of the Expo.
Furthermore, Marko Stout relentlessly and brazenly uses high-spirited hues saturated with his passion and enthusiasm to innovate long lasting depictions of the erotic and stimulating through his craft.
As well as that, Stout’s ‘Erotic Allure’  is a sequence of looping twists with a magnificent portrait of the strong concrete set mingled with a backdrop of the urban, merged with the elegance and fragility of skin that generates voluptuous and seductive hormones which triggers the mind for more, along with a tremendous hype in desire. The women who rule the world of his pieces with confidence and ease have a penchant for sensual and urban fashion.
It should be noted that food and beverages served along with art have always had a cooperative connection and therefore Stout’s artworks were displayed in the New York City’s bars, restaurants and dining areas in order to gain public attention.
Moreover, Stout gained immense popularity in the heart and soul of people of America, through his creations where he acquainted them with the pop music in different and unique style. The NYC artist has been breaking the stereotypes in the world of art by introducing the new chapters in the world of western music and the evergreen pop culture which also grabbed the eye balls of Hollywood fraternity.
Marko Stout displayed his creativity and talent through his work in a very decent manner. Over the last few years, he has simply presented a wave of sensation and creativity in the minds of his abundant fans in a significant manner. 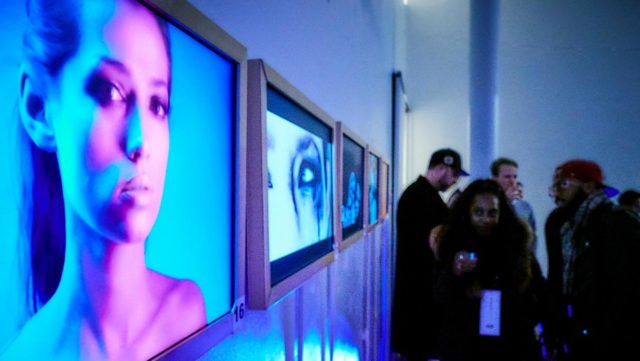 Marko’s phenomenal works are showcased at numerous international exhibitions, private collections and fine art galleries.  His solo galleries are spread widely across the USA, Chicago, New York, Miami. They are also located in Tokyo, Berlin, Paris, Madrid and Hong Kong.
This multi-talented and versatile artist has not just impressed his fans, but also left a mark on the minds of many popular celebrities in particular the Kardashians, Billie Eilish, Debra Messing, Charlie Sheen, Snooki, Melissa Etheridge Red Paul and many more among others, the list is endless.
Undoubtedly, the Kardashian sisters- Kim Kardashian, Kourtney Kardashian, Khloe Kardashian, Kendal Jenner, and Kylie Jenner are the biggest fans of this brilliant artist who possesses abundant of skills to make his mark in various genres of art.
All his fans from the world of entertainment were awe-struck at his art and were all in his praise, they even cherished and acknowledged his work on his very own website www.markostout.com. Interestingly, whenever Marco launches anything, the industry comes up to support him and raise slogans for his projects. The utter creativity found in Marko’s works is more than enough to add hues to his charms, popularity and respect.
Also a number of high profile articles and media for instance Forbes Magazine, Today Show, Paper Magazine, Chicago Tribune, Splash Magazine, International Business News mentions have played a vital role to the extra-ordinary artist’s popularity.
Stout’s extra- ordinary work creates an inextricable and unmistakable aura of reality steeped in colours full of life. His work draws upon the human experience that lingers and stays with the viewer forever. His work motivates us to derive sustenance from reality and hold on to our senses.
Marko Stout with his impressive track record continues unabated in his path breaking multidimensional multimedia journey, conquering new peaks of success and establishing new milestones in life.
Facebook
Twitter
Pinterest
WhatsApp
Previous articleImprove Rule Of Law To Ensure Long-Term Peace And Stability In Hong Kong
Next articleHow To Pick The Best Lounge Furniture For Your Outdoor Space