Home Entertainment All These Good Things About The Original Lion King Are Missing From... 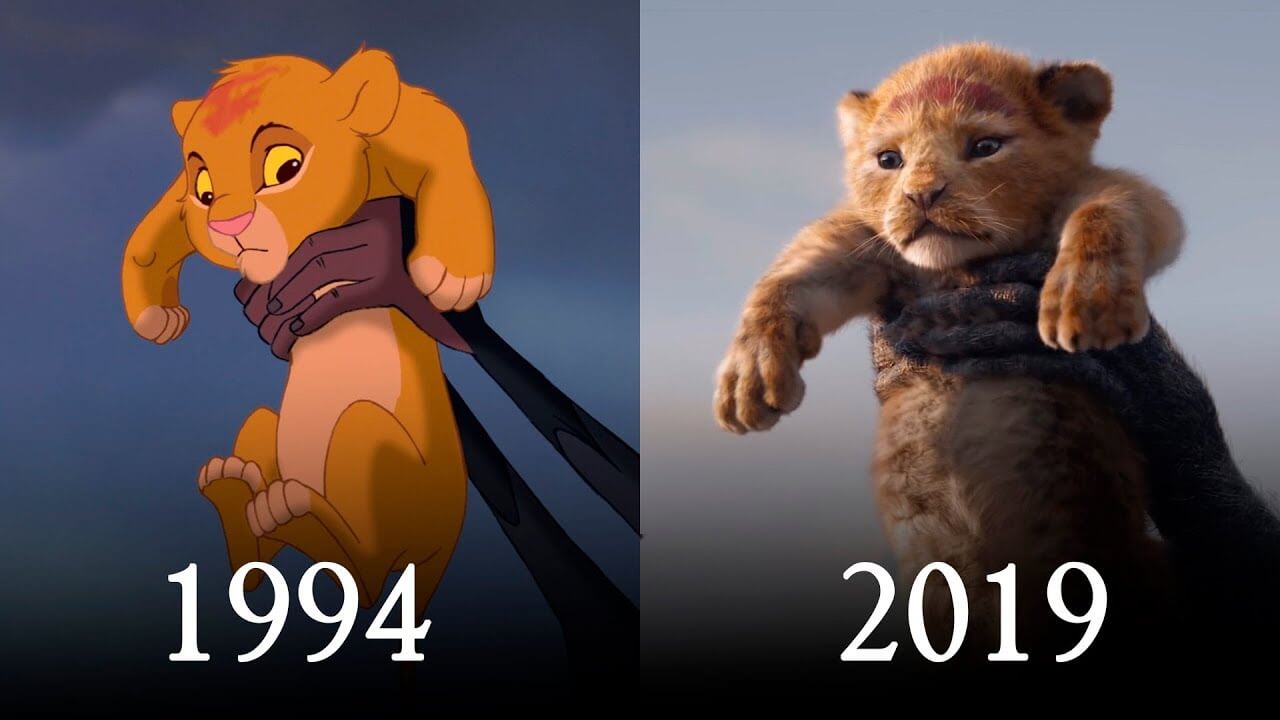 When Disney’s Lion King released in 1994 nobody could have predicted the kind of epic it would eventually become.

Both a commercial and critical success, each and everything about the original movie was iconic, from the characters Mufasa, Scar, Simba, Nala, Zazu, Timon & Pumba, to the life-altering music by Hans Zimmer to the animation.

Now in 2019, director Jon Favreau’s remake of the movie has been released boasting quite an impressive cast of Donald Glover, Seth Rogen, Chiwetel Ejiofor, Alfre Woodard, Billy Eichner, John Kani, John Oliver and Beyoncé Knowles-Carter, along with James Earl Jones once again coming back as the voice of Mufasa.

The film has already become a commercial blockbuster collecting a worldwide total of $270.5 million in just 3 days of release.

Which was a given considering how big Lion King originally was and how much anticipation was there about its remake.

Even though I had my reservations about the movie after its trailer came out, the movie has proven me right in almost all the thoughts I had about it after the release.

I will though, give mad props to Favreau and the visual effects team for creating such a photo-realistic look of the film, where it literally looks like something taken straight out of a BBC nature documentary.

Every hair, the sky, the rocks, surroundings, trees, animals, it genuinely is a big nod to the advances made in special effects technology.

This is a new era of use of technology in films, and no one can deny that. Sadly, the praise for the film stops there, because the 2019 remake felt more like a snooze-fest to me more than anything.

As good as the visual effects are, it is actually being a detriment to the powerful story itself.

Because now, instead of connecting with the characters of Simba, Mufasa, Scar, etc… all we are seeing are hyper-realistic lions singing and dancing and trying to be all ‘villainous’.

Which is not working and overall makes the movie lack the very emotion that the original gave us in abundance.

From the treachery of Scar, to the innocence and admiration of Simba to the grandeur of Mufasa these were the things that made us connect to them. Not the fact that they were lions.

Honestly, I hate Scar with every fiber of my being, but I cannot deny that his solo song ‘Be Prepared’ was simply a delight to watch.

It fully encompassed everything that Scar was and showed to us his ideology and mentality as the villain.

His condescending attitude towards the hyenas while still asking for their support, his anger towards Mufasa, that desperation to be king, all was highlighted in the song. Pair that with Jeremy Iron’s wonderful voice and the song was a big thing.

The new movie has cut the song down considerably, to barely a few verses with the majority just being dialogues spoken by Chiwetel Ejiofor and then a few lines of the song at the end.

It is such a disappointment as we never fully see the extent of crazy in Scar. 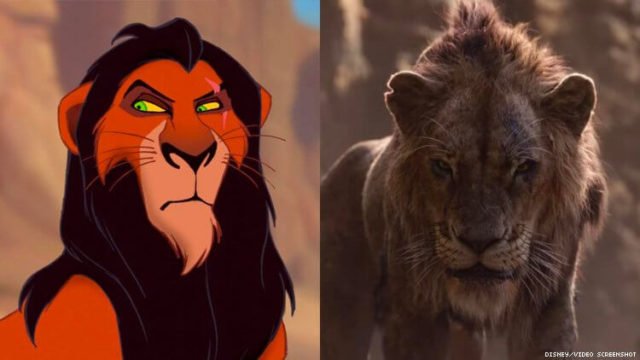 Read More: In Pics: What Are Some Of The Best Life Lessons Disney Taught Us

Perhaps the most iconic scene in the original movie is when Rafiki helps to see now adult Simba that while Mufasa might not be physically there, but he always lives in him.

Then when Mufasa’s ghost comes and makes Simba realise his worth and that he can’t run away anymore, is just… an experience of its own.

In the new one, going with being super realistic instead of Mufasa’s face and form clearly visible, you just see a dense cloud cover with his voice coming from them. The only time we sort of see him is when his face and eyes are slightly illuminated by the lightning.

#5. Ending Fight Between Scar and Simba

Honestly, even more disappointing than anything, and felt overly stretched out.

In the animated version, you feel happy and a sense of fulfillment, being Simba finally stood up and fought the evil Scar.

Overall, I would still spend Rs. 700 to watch the original Lion King in a big theatre, preferably in IMAX or something, rather than watch this new one.