Yesterday we talked about creepy nursery rhymes but what if I told you something even more blasphemous? Something that will probably ruin your entire childhood and everything you’ve held dear?

What if I told you that Disney is much darker and brutal than you would have ever thought of?

Yes, THE Disney which is the epitome of everything that childhood stands for, music and bright colours, animated and everything good has had extremely dark and grim movies laced with quite adult themes.

If you are wondering how can Disney be like that, allow me to show you some proof of how that is so and maybe you will start to see Disney movies in a completely different way:

Who can forget the iconic scene when Bambi lost his mother when running from hunters? While the movie is touted as one of the biggest children’s movie, introducing death and that too a parent’s death in such a manner is nothing if not scarring.

I have been traumatized and so have many others who found out how exactly Bambi’s mother was killed and probably afterward taken by the hunters to show off as a trophy. Just imagining the subsequent horrors of it all are bound to ruin the movie for anyone.

The disturbing part is how, even after all the importance given to the mother, she still remained an unnamed entity only there for the shock factor.

2. The Hunchback of Notre Dame:

Aahh… the 90’s when Disney actually made amazing films that tackled with more than just the round eyes and cute features of their characters.

Seriously, the ’90s was an amazing time for Disney with them producing quality content not only in terms of animation but even the plot and the kind of themes it dealt with.

The Hunchback of Notre Dame of 1996 is perhaps one of the darkest Disney animated films, (pretty sure there are more), but this was the few that was outrightly dark concerning its themes.

The movie dealt with lust, infanticide, religious fanaticism, damnation, racism and the entire concept of heaven and hell, monster and man.

There are 2 scenes that jump out to me from this scene, one would be the song ‘Hellfire’ which featured the Archdeacon finally accepting his lust for Esmeralda and denying any fault of his in the entire matter, it also explicitly showed his possessiveness and his crazed lust for her.

The other would be the last scene, where the Archdeacon falls to his death into yes… literally, fire and the scene was so graphic and explicit that it truly left an impact on me. 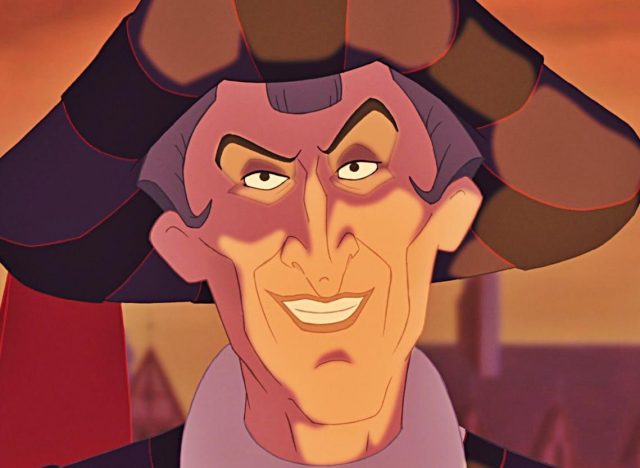 Read More: 4 Anime Shows That I Am Loving Right Now

Pinocchio is the sweet story of a lonely old man whose wish of having his puppet come to life comes true. When the puppet does come to life, he is told he must prove himself before becoming a ‘real boy’.

But what a lot of people seem to conveniently dismiss is how the movie tackles and shows some very dark matter in it.

An obvious one that jumps out would be when Pinocchio is abducted or lured in by the evil Coachman’s lackeys to a utopian place called ‘Pleasure Island’, but the reality of this island is soon revealed when the boys there turn into donkeys and are then sold off into slave labour.

The very fact that they are sold off into labour talks about child trafficking and slavery is disturbing, but add in the angle of pedophilia and it just ups the creepy factor even more.

The evil Coachman is very clearly shown as a pedophile and even a murder who got rid of the talking donkey boys since they were of no use to him.

These were just a few instances of Disney movies that are explicitly said to be for young children having and dealing with extremely dark themes that are considered not so suitable for them. If you find out any other, do let me know in the comments section below.

What Do We Think Of The Live Action Aladdin Picks?