According to new norms laid down by the AICTE (All India Council for Technical Education), students appearing for certain technical and engineering fields do not necessarily have to study Physics and Mathematics as compulsory subjects in high school.

Anil Sahasrabudhe, the council chairman of AICTE, defended the changes being made and said that the council was bringing this new approach to be in tandem with the revised National Education Policy.

Till the proposed change, Physics and Maths was a compulsory requirement for candidates applying for B.E. and B.Tech programmes. 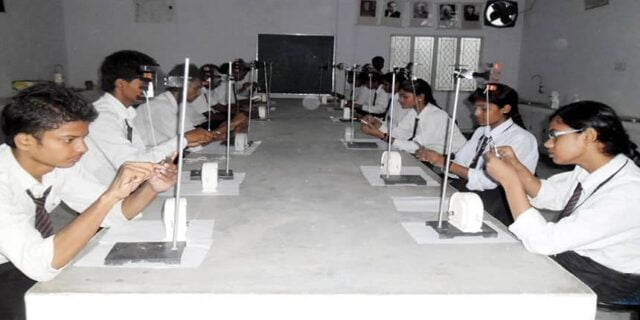 What Is The New Mandate?

According to the mandate, the universities are to reduce the subject-wise cut-offs for applications to 45% and students enrolled will have bridge courses in their initial years to develop a basic understanding of the subjects.

The move is not entirely new since the committee had already scraped Chemistry as a compulsory subject requirement in 2010 itself.

“The new NEP is all about breaking silos and promoting multi-disciplinarity. We are creating flexibility. We must also recognize the wide range of engineering programmes. We have some 240-odd specializations and not all of them have the same requirements,” told Dr. Shahastrabudhe in an interview with The Hindu.

The move might provide some respite to Indian students. Indian entrance examinations are well-known to be extremely tough and pressurizing.

While we still stick to basic, out-dated norms for exams, the fact that a student is tested on subjects that are not normally required for the applied course is very interesting.

The Joint Entrance Examination (JEE) is one of the most attempted entrance examinations in the country that awards students admission to premier engineering institutes. Even the exam does not test students wanting to take Computer and Software engineering based on their skills in the desired subject!

Also Read: How To Get Admission In SRCC (Shri Ram College of Commerce), Delhi University

While Physics, Chemistry and Maths do remain the bedrock of any engineering course, it is not plausible to follow this method which does not test the student’s aptitude in the core subject of the course offered.

The students who did not attend the subjects in high school will be required to do more courses on the subject during their college term.

The move also helps in making the courses more inter-disciplinary and provides chances to more interested students who might have a knack for the particular subject, but are denied opportunities because of the subjects they had in high school.

How Did People React To The Changes?

While many academicians opposed the move and critiqued the quality of engineers resulting due to the same, netizens made their day by critiquing the move through memes. 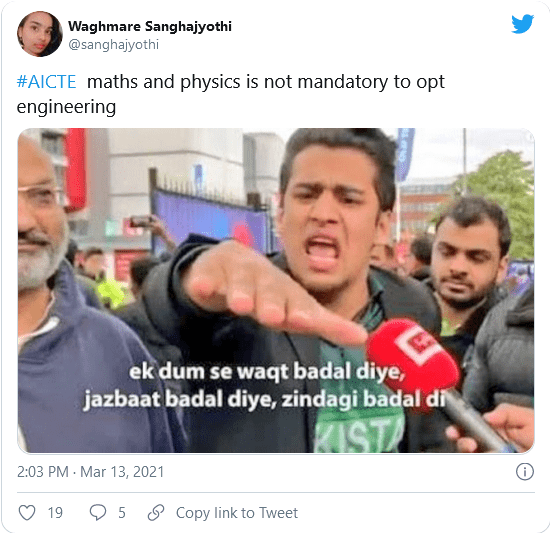 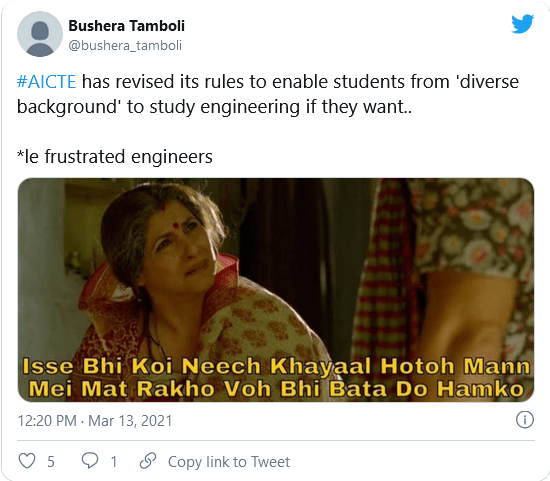 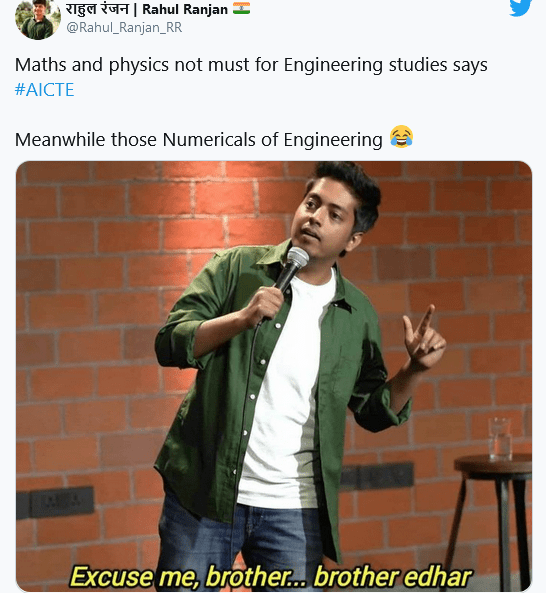 Several people even quoted lines from 3 Idiots, one of the most popular Bollywood movies based on engineering students and the pressures they have to face. Others also focused on how unfair the move would be to previous engineering graduates. 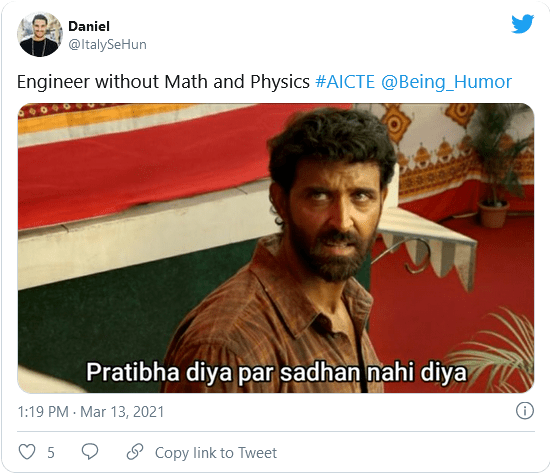 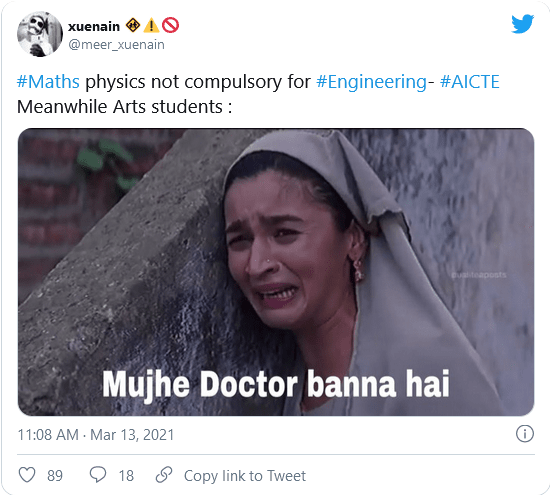 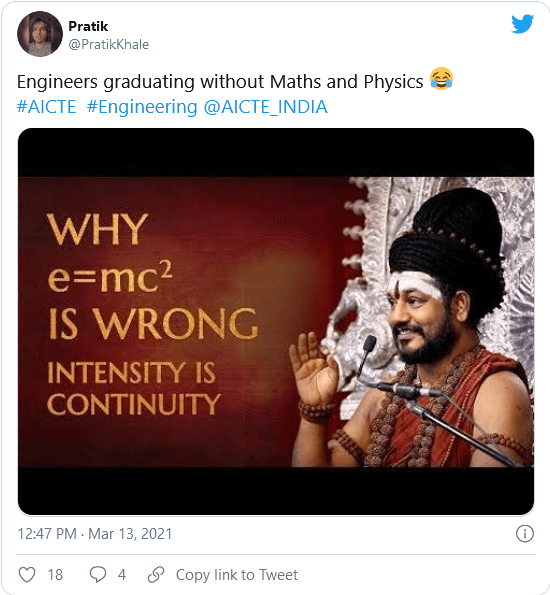 Many professors have spoken up against the move citing that it would substantially reduce the quality of engineers in India and that the students require a strong base in subjects like Physics and Maths to pursue the field.

While the move certainly doesn’t deny the same, it highlights how fields such as Biotechnology do not test students based on their aptitude in Biology, but the main PCM subjects. 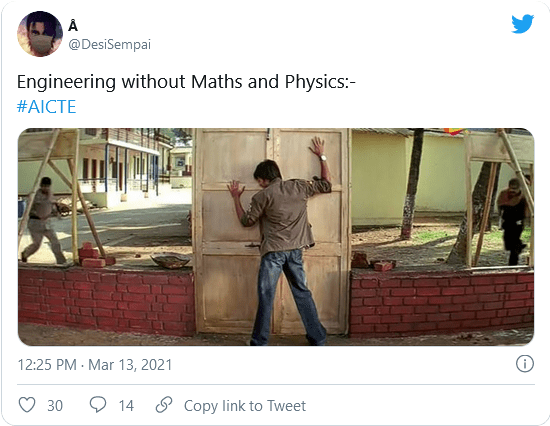 While the decision is certainly controversial and professors from several prestigious universities have spoken against it, it is undoubtedly a pressure-relief for high school students.

The move also offers opportunities to students who are denied the same and addresses the old testing system that needs to change. What are your thoughts on this debate? Let us know by commenting below.

Delhi University To Have Its Own Meme Society: Memesoc