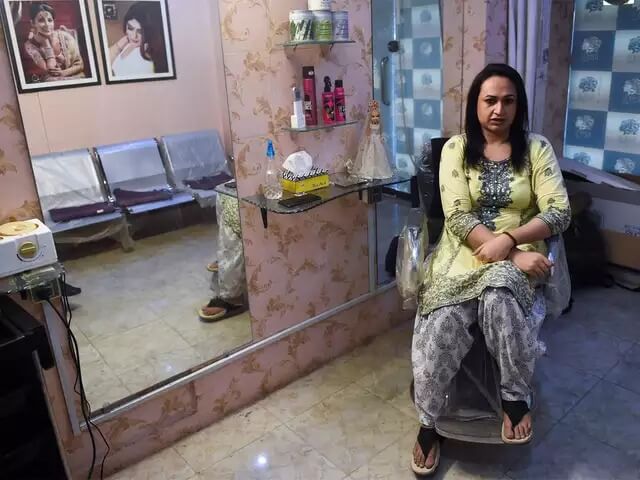 The LGBTQ+ community is making a lot of strides around the world. Their idea to get equal representation and treatment is being spread across the world.

India itself saw the historic abolition of Section 377 which finally decriminalised homosexual sex and allowed many of the LGBTQ+ people to finally be out and proud.

There are still a lot of countries that have regressive laws about them especially the transgender community who have had a very wrong image given to them for decades and centuries.

Many people are legit afraid of them or have extremely negative prejudices against them, to the point where some don’t want to be in any contact with them.

That is why seeing ‘Tarawah’, a local beauty parlour in the Karachi city of Pakistan is interesting because it is one of the few salons in the entire country that does not discriminate their clients.

What Is This Parlour?

Bebo Haider, the owner of this parlour is a transgender herself and has faced immense discrimination due to her being one.

She migrated to Karachi from a small rural town in southern Sindh province in 2003, hoping to become a beautician.

However, she had quite a difficult time finding a job as no parlour owner was willing to employee a transgender person. Haider did get a break when one salon located in a relatively posh area of the city took her on.

The struggle did not end here though, because now it was the clients who refused her services. As per reports, they would often ask for another employee and wouldn’t even bother to return her greeting.

It was only after two long years when one regular at the salon finally returned her greeting. She eventually became one of Haider’s fans to the point where “After that day she would not get her hair and make up done by anybody else at the parlour,” Haider was quoted saying by AFP.

She claimed that “Good manners win the world.”

The parlour is small, however, it does have 3 large photographs on one of the walls. The women in the images are all transgender models and clients of Haider, further cementing the kind of judgement-free zone that this parlour hopes to be. 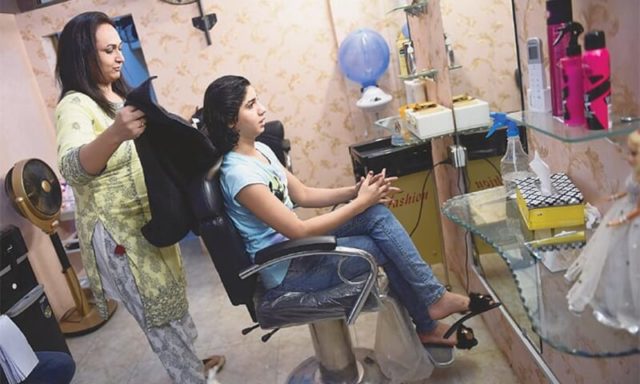 What All Does It Have To Do?

It is not like legally Pakistan doesn’t have any provisions for the transgender community. In fact, it legally recognised transgender as a third sex in 2009 becoming one of the first countries in the world to do so.

Then in 2018 the Pakistani parliament even passed a bill that allowed transgender people to choose their gender identity in official documents.

But the society at large is still extremely prejudiced towards the community and unwilling to let go of the stereotypes and negative traits associated with them.

The salon has actually been funded by a Dutch organisation who had previously seen Haider’s involvement in trans rights organisations. Tarawah is, according the founders, one of the first salons in Pakistan that is owned and run by transgenders.

But the people around them are still not completely accepting so Haider has asked all her clients to dress in a conservative manner when visiting the salon.

The salon is also surrounded by milk and grocery shops, with many people being so hostile to Haider’s business that at one point she was quite afraid. 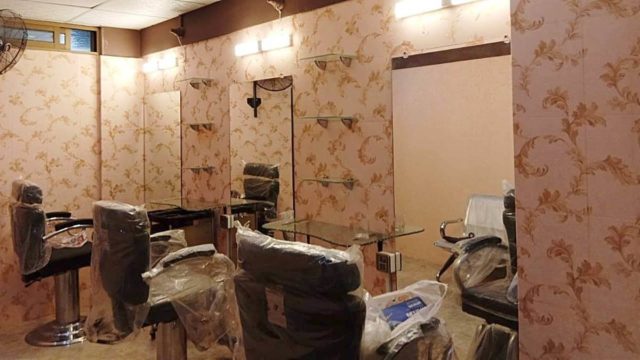 However, she said that, “I would wear tough looks when I came to the shop so that people would not dare to mess with me.”

Haider has stated that opening a salon or other such practical moves are a good way to normalise transgenders in Pakistan.

India too has used this way to give financial empowerment and safe space to its own transgender community.

In 2017 the students of Ramjas, a college in Delhi University helped the transgender community to open a salon called ‘VIBGYOR’ in Khanpur, South Delhi.

The salon is run entirely by transgenders but the place caters to all people of all genders.

There is even a brother-sister duo in Odisha who run a shop and salon in the Berhampur region of the city.

Hopefully these initiatives allow the society to understand that the transgender community is not any different and the stigma around them can be done away with.