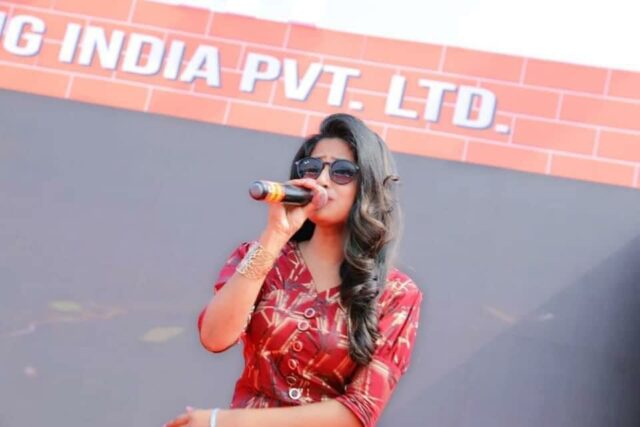 We often see small town people struggle a lot to come forward to fulfill their dreams. They’ve to fight against the world, conquer and take a stand for themselves and for their dreams. And Rupam Ramya is one of them.

Belonging from a small town, Muzaffarpur, Rupam Ramya is a very passionate singer. From her early days, she was very passionate about singing and that’s how she decided to choose singing as her passion and ultimately as her profession.

To achieve her goals, she started to sing in orchestras, mahotsav and in different cultural programs organised by the government. But this wasn’t enough for her. She had the madness to achieve something bigger. She wanted to hear her voice to her whole state and ultimate to the whole country and world.

With a lot of passion and determination, she took the decision to showcase her talent on Indian Idol which is a famous television singing show. She gave her audition in the year 2019 in Kolkata and she got selected in one go. Her singing skills were appreciated by all the judges and she was further asked to get ready for the mega next studio round. Later in that year, she gave her best to mesmerize the judges with her soothing voice but unfortunately, rest of the competitors gave her a tough competition and she couldn’t get selected for it. She got heart broken as this was so important for her but nevertheless, this didn’t stop her from moving forward and achieve something in life.

She united her day and night and practised a lot which later proved so fruitful for her. She’s currently being recorded for her upcoming duo song “Tumko Sanam” With PadmaShri Udit Narayan and fans are eagerly waiting for its release date. She shared the news on her Instagram account and addressed how much honoured and happy she felt for being able to record a song with such huge personality. She has also recorded a duet with famous playback singer Vipin Sachdeva.

Besides this, she holds numerous live performances in different cities all over the country. YouTube and Instagram are two of her favorite places to post videos, which is very much appreciated.