Grandmothers or grandmas are the sweetest and kindest souls in our lives. Most grandmas spend their whole day sitting in a rocking chair, knitting, or making delicious cookies. At least that’s how Cartoon Network and Disney made us picture grandmas.

But grandma Shirley is different, she can tell you bedtime stories, and may even swing an ace with you in a video game!

If you have played Skyrim or watched gameplays before, you must have come across Grandma Shirley. She is a living example of the saying-you are never too old to learn something new. And if you don’t know her, let’s get to know our gaming grandma. 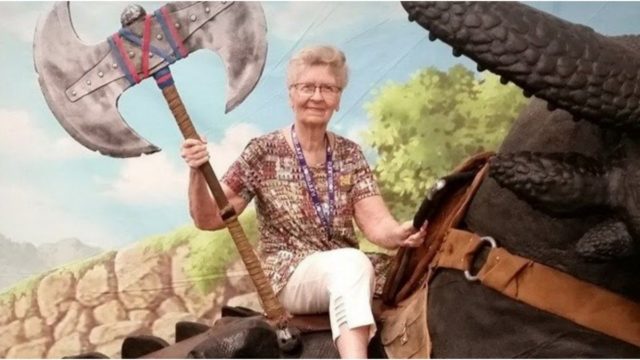 Gaming grandma AKA Shirley Curry has more than 8,26,000 grandchildren (subscribers) connected through her YouTube channel. Her subscribers, like little kids, love to hear her read in-game books and watch her gameplay of “The Elder Scrolls 5: Skyrim”. 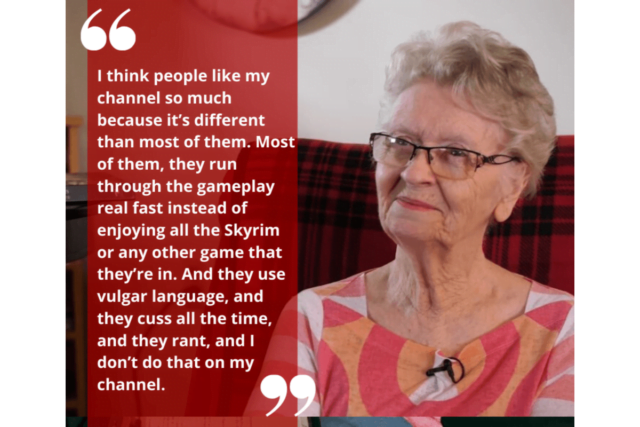 Isn’t that cool, to have a grandma who won’t scold you for sticking to a computer and playing games all day but rather would love to join you, and probably beat you at your own game!

Also Read: This Large Library Built in the Minecraft Video Game Contains Articles That Are Banned in Most Countries

When Shirley started her channel featuring her gameplay, like everybody else, she did receive some bad comments but her politeness won everyone’s heart.

“I learned to answer them politely like a grandmother would say something to a child that didn’t have any brains”- Shirley. 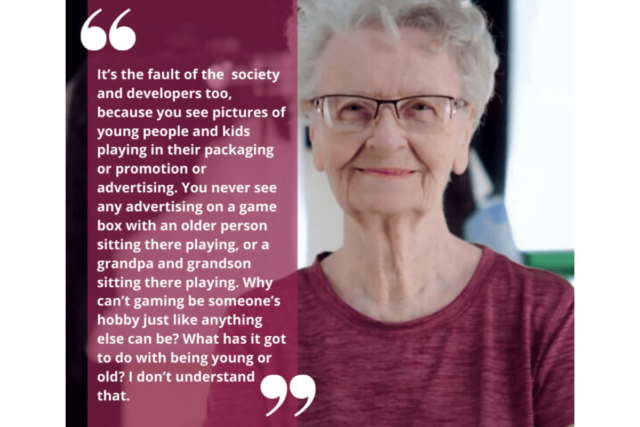 Immortalized As A New Character In ES6

Grandma wound up in the Guinness book of records for gamers as the oldest gamer that uploads on YouTube.

I am now officially in the Guinness World Records, Gamers Edition 2018!! Here's a photo of the book and my page with info!! pic.twitter.com/376bsc8CZZ

Gamer grandma is being immortalized in the new “The Elder Scrolls 6” as an NPC (Non-Player Character). Few glimpses of Shirley’s character can be seen in a video streaming of the 25-year celebration of the “Elder Scrolls” franchise. 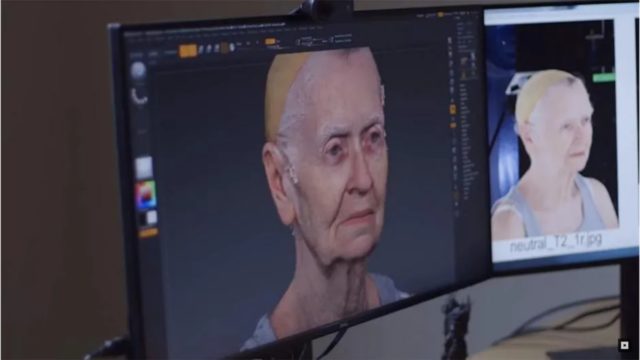 I have a surprise this morning!! Here is the link to the short trailer and commentary about my modded character for Skyrim, which several modders have been working on!! We're very hopeful the mod will be available soon!https://t.co/OLt3HmL2TJ

Gamer grandma is a beloved part of the gaming community. With her channel, she sets an example to highlight an important lesson of not letting age be a factor in choosing your hobbies, and to bottle up all excuses that come in the way of following one’s passion.

Evolution Of Online Games And Our Favourite Board Games